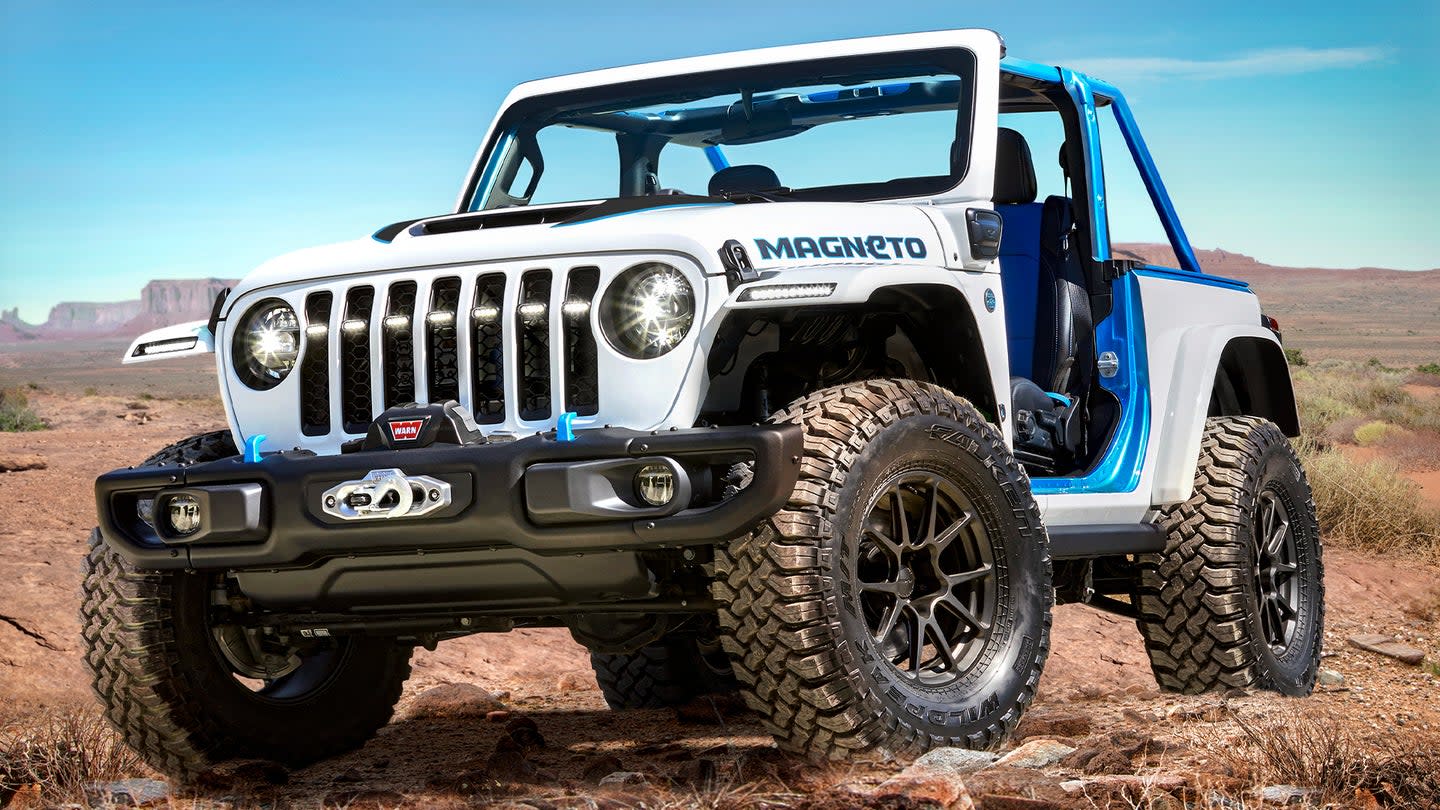 It keeps the classic Jeep body we all know and love.

Jeep aims to show that EVs can be more than just staid sedans with a new concept based on its classic Wrangler 4x4, Autoblog has reported. The Wrangler Magneto looks like a regular gas-powered Wrangler Rubicon model, but it's powered by a battery and a highly unusual electric drivetrain that might appeal to off-road enthusiasts.

In order to make electrification work in a regular Wrangler body, Jeep couldn't place the electric motors directly on the axles as one usually might. Rather, it put the motor (an axial flux model) under the hood to power a regular Wrangler drivetrain, with few upgrades, including a two-speed transfer case and six-speed manual transmission.

They matched the electric motor and torque to the Wrangler's regular Pentastar V6 engine, so it delivers roughly the same 285 horsepower and 273 pound-feet of torque. However, the full torque comes in much more quickly (though not instantly), allowing for acceleration from 0 to 60 MPH in 6.8 seconds. That might sound a bit slow, but with four battery packs powering the 800 volt electrical system and most of the ICE drivetrain still in place, it weighs 5,750 pounds — around 1,750 pounds more than a regular two-door Wrangler.

By keeping the power specs roughly the same, the Magneto can be operated like a regular Wrangler, too. The one difference is that you can launch and shift into first without the clutch, since the motor idles at 0 RPM. You do need to engage the clutch between gears, but it apparently uses regeneration to make for smoother shifting.

Jeep launched this highly unusual off-roader at its annual Easter Jeep Safari event. It's not just a one-off concept, but more of a test bed. As such, the automaker plans to test it in several future Safaris to see how it can handle real-world 4x4 conditions. Still, it remains to be seen if if this rather far-out idea will ever be produced.