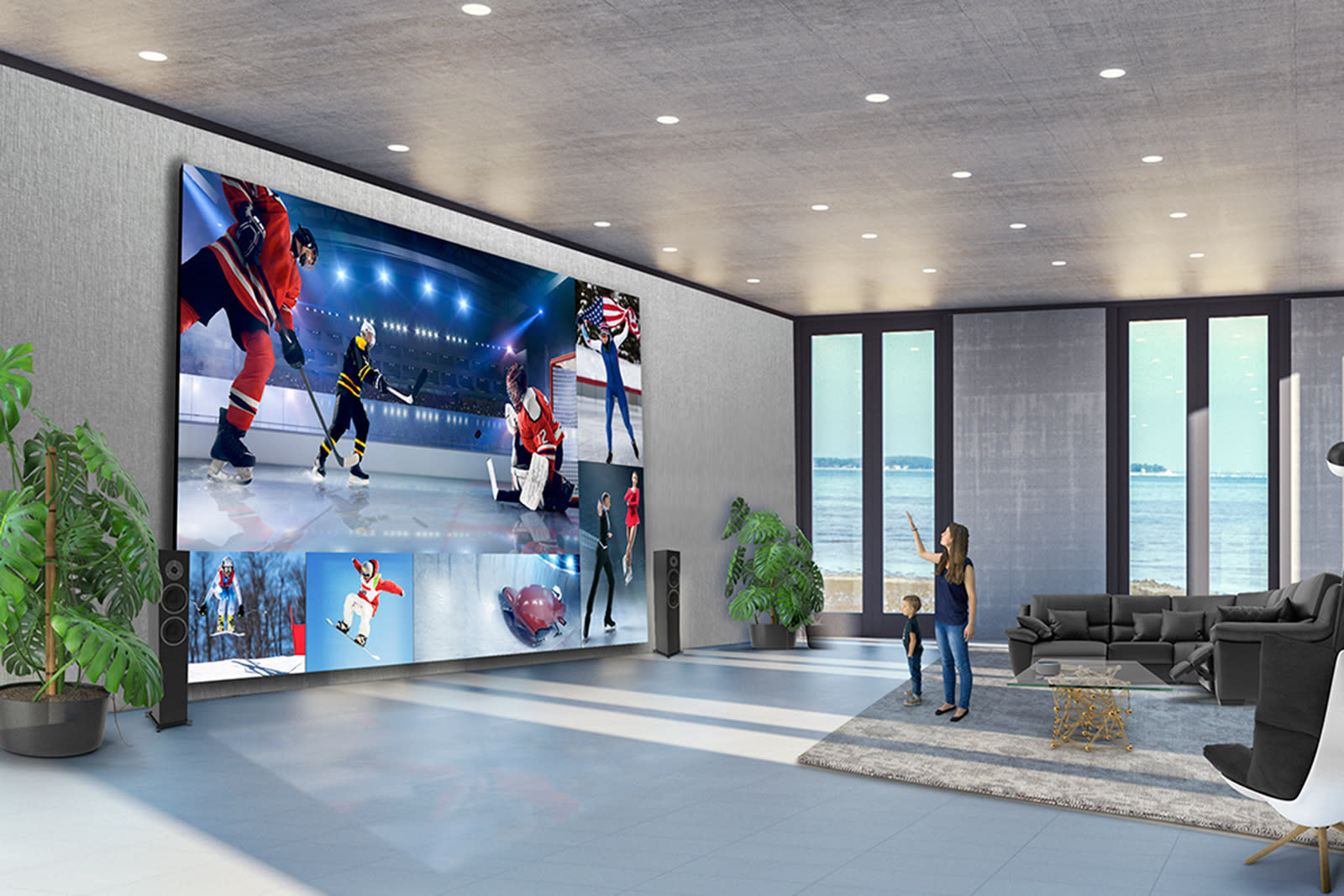 You can customize the Extreme Home Cinema for smaller sizes... if you must.

You won't have to stick to Samsung's The Wall if you insist on a gigantic TV for your equally sprawling mansion. LG has introduced a Direct View LED (DVLED) Extreme Home Cinema line aimed squarely at "super-luxury" homes. It relies on the same basic concept of using millions of LED diodes (anywhere from 2 million to 33 million) to form a complete picture in customized shapes, but can scale to sizes that might even make Samsung blush — you can choose anything from a 'small' 81 inches to a room-dominating 325-inch setup.

You'll need to stick to a conventional 16:9 ratio if you want those extremes, but you can also opt for "UltraStretch" 32:9 arrangements if you want to watch multiple video sources at the same time (say, live sports featuring the teams you own). You'll have to spring for those 33 million diodes if you want an 8K picture, but you can make do with 4K or even 2K (both in single or dual configurations) if you're not quite so determined to impress your guests. A WebOS controller box provides smart TV functions.

LG is taking orders for these DVLED home sets now, but it won't shock you to hear that LG isn't listing prices when each system is a custom order. It's safe to say the costs won't be trivial. LG estimates the installation, warranty and support (including twice-a-year "health checks") are worth $30,000 — the actual set is bound to be much more. If that's too much, you might have to 'settle' for LG's $100,000 rollable OLED TV instead.

All products recommended by Engadget are selected by our editorial team, independent of our parent company. Some of our stories include affiliate links. If you buy something through one of these links, we may earn an affiliate commission. All prices are correct at the time of publishing.
View All Comments
LG's 325-inch Direct View LED TV is an answer to Samsung's The Wall