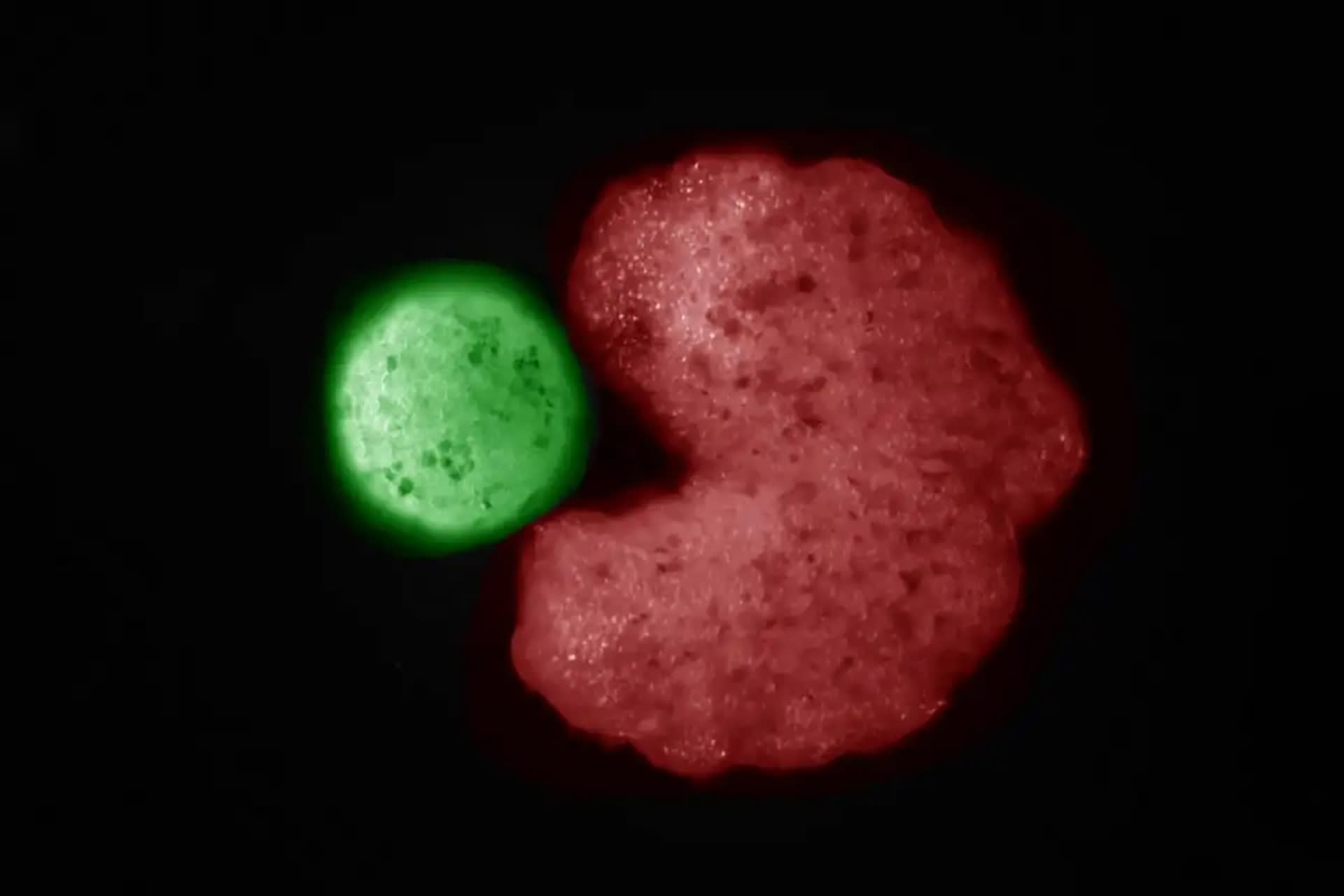 Cell-based living robots can reproduce themselves

Controlling that reproduction is another challenge.

It might soon be easy to build living robots — because they'll build themselves. New Scientist reports Harvard University, Tufts University and University of Vermont researchers have learned that their frog cell-based Xenobots can self-reproduce. The custom organisms can collect "hundreds" of individual cells in their dishes to spontaneously assemble baby bots that grow up within a few days. As this happens over and over, you could use the reproduction to amass however robots you need to deliver drugs, remove microplastics from rivers or otherwise complete small-scale tasks.

The replication method is as notable as the bots themselves. The cells would normally develop into tadpole skin, but the computer-designed cell mix instead uses the "kinematic" (motion-based) replication normally seen only with molecules. No known animal or plant reproduces this way, according to study lead Sam Kriegman — the robots effectively broke the 'rules' of biology.

Yes, the researchers are aware of the technical and ethical problems with robots that copy themselves without prompting. The team's goal is to understand the self-reproduction and learn how to "control it, direct it, douse it, exaggerate it," according to project co-leader Joshua Bongard. Honing this development in a tightly-controlled lab could lead to carefully managed growth. That, in turn, could lead to regenerative medicine and anti-pollution tools that simply weren't possible before.