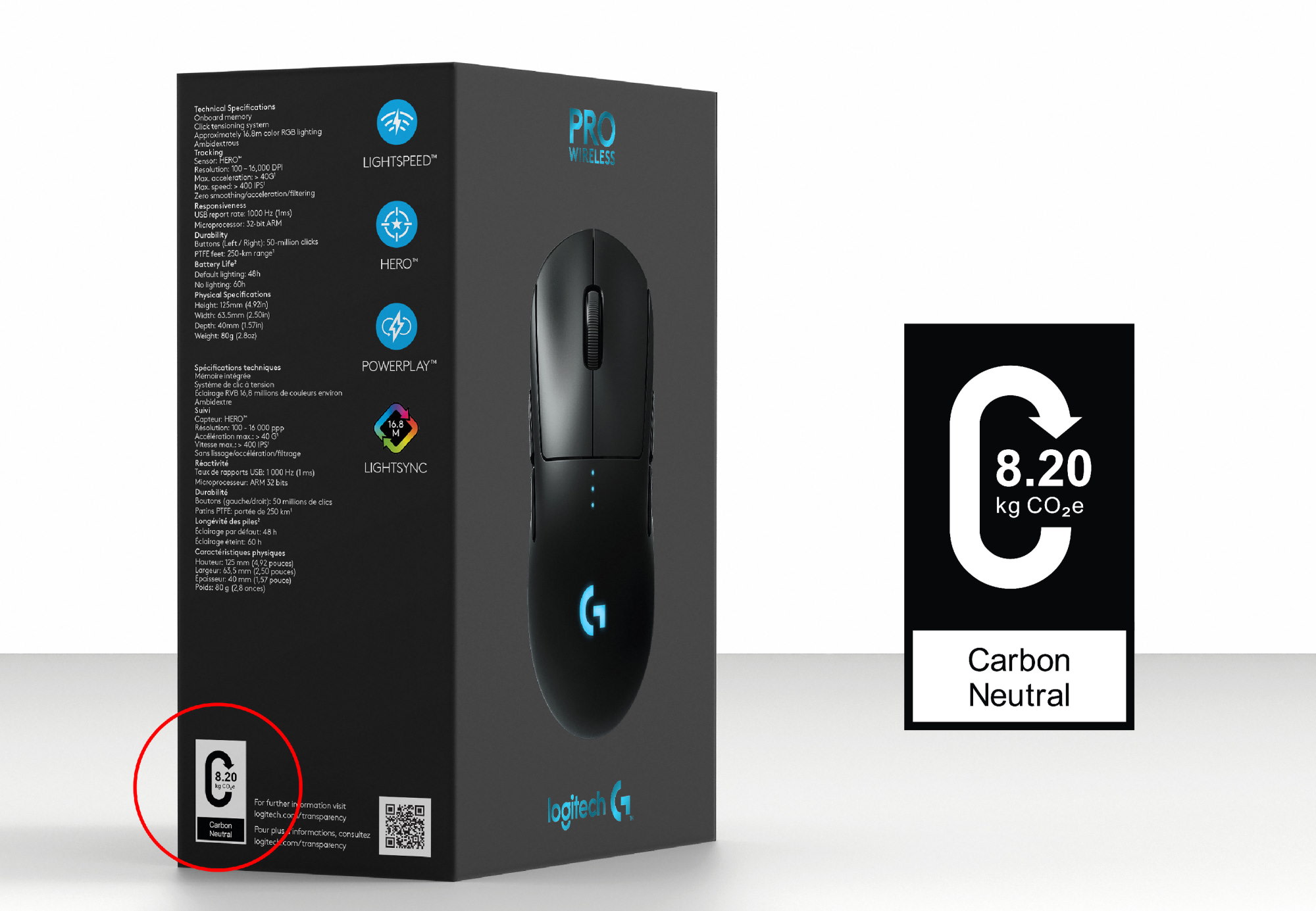 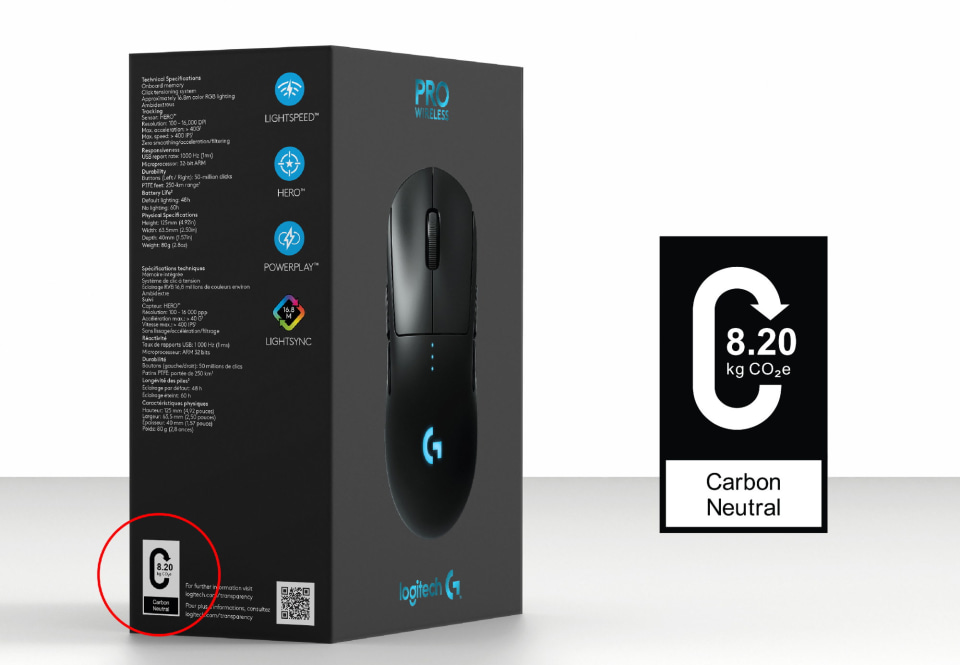 Many technology companies say they're committed to reducing their impact on the environment -- but Logitech wants to show you exactly how. Today, it's announcing plans to put carbon impact ratings on its product boxes, starting with its gaming devices later this year. They'll show up as a "C" (for carbon) shaped arrow along with a cost figure, a rating determined by the company's Life Cycle Analysis, which measures a device's impact from manufacturing until its end of life.

At a basic level, the carbon rating could help you choose between one of Logitech's many mice offerings. But even though it's leading the way, the company ultimately wants to bring other tech firms onboard to make these ratings a widely adopted standard. Think of it like an evolved form of those Energy Star labels you see on appliances. If you're choosing between two refrigerators, and you learn that one costs hundreds more per year to operate, you'll probably go for the cheaper one. Now imagine making a similar judgement call when buying any device, except you’re thinking about your personal environmental impact.

Bracken Darrell, Logitech's CEO, sees the carbon impact rating as something that's even more ubiquitous than Energy Star figures. He wants it to be like reading calories on a nutrition label. "What we want to do is bring the choice [for environmental impact] to the same kind of choices you have when you think about the price or benefits of a product," he said in an interview with Engadget. "We want that choice to be visible... Literally on the package, in your face, so that you can see exactly what kind of carbon the company is contributing when making the product, and all the way through its life."

Logitech's ratings aren't just some made up figures. It's working with third-parties like the iPoint Group and Nature Capital Partners to ensure it meets DEKRA standards for environmental claims. The initiative also builds on the company's previous green efforts, like supporting the Paris Climate Agreement and its promise to be powered entirely by renewables by 2030. The company aims to bring carbon labels to all of its products within five years.

Making its carbon impact visible also makes life a bit tougher for Logitech, as the company's head of operations, Prakash Arunkundrum, describes. If a new mouse gets a larger battery, its engineers will also have to make sure it has a longer lifespan overall to account for that. Otherwise, we'll all notice if that mouse is somehow much worse for the environment than its predecessor. And of course, the carbon figures are also a way to push the company towards greener packaging with less plastic.

"This is a passion project for a lot of people in our company," Darrell said. "I'm not going to let up on this, I don't care what the perception is... I think there's no such thing as good design without being sustainable now."

While it's hard to tell if anyone else will adopt Logitech's labeling, it's still a noble effort. All too often, the environmental impact of our gadgets are hidden from view. That just seems irresponsible as we're careening towards a genuine climate crisis, not to mention dealing with the fallout of a global pandemic. We'll all be using our devices longer, and thinking a lot harder about how to replace them. So wouldn't it be great if we actually knew how much our next phone would cost the planet?

In this article: Logitech, Bracken Darrell, Carbon Impact, carbon ratings, carbon, environment, news, gear
All products recommended by Engadget are selected by our editorial team, independent of our parent company. Some of our stories include affiliate links. If you buy something through one of these links, we may earn an affiliate commission.