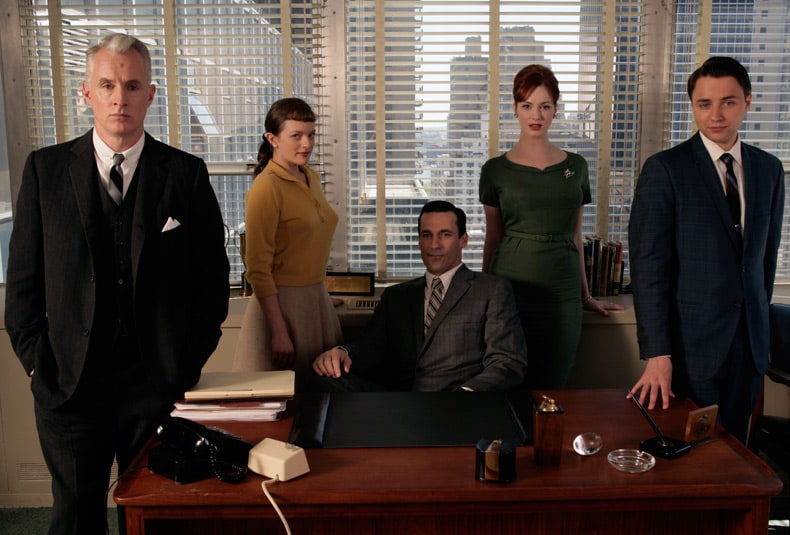 Mad Men departed Netflix a few weeks ago, but you won’t have to wait too much longer to stream the all-time great drama once again. Best of all, you won’t have to pay a penny to watch the series if you’re in the US.

All 92 episodes of the show will land on IMDb TV starting July 15th, as part of a deal Amazon struck with Mad Men producer Lionsgate Television, Variety reported. It’ll join several Disney-owned shows that stream for free on IMDb TV, including Lost, Malcolm in the Middle and Desperate Housewives.

Amazon scooped up some international rights to Mad Men as well. It’ll hit Prime Video in Europe, Australia, Latin America and other territories on Friday, and the Canadian version of Prime on October 1st. Starting on the latter date, StarzPlay will start streaming Mad Men in Europe, Latin America and Japan.

Meanwhile, Mad Men’s original network AMC also snagged some streaming rights. It’ll bring the multiple Emmy-winning show back to its cable networks and streaming services in October, the network confirmed to Engadget. IMDb TV will have an exclusive streaming window till then.

There will be one noticeable change to the series. There’ll be a title card on a season three episode to explain why Roger Sterling (John Slattery) appears in blackface.

“This episode contains disturbing images related to race in America,” the disclaimer reads. “One of the characters is shown in blackface as part of an episode that shows how commonplace racism was in America in 1963. In its reliance on historical authenticity, the series producers are committed to exposing the injustices and inequities within our society that continue to this day so we can examine even the most painful parts of our history in order to reflect on who we are today and who we want to become. We are therefore presenting the original episode in its entirety.”

Over the last several weeks, episodes of other shows -- including 30 Rock, The Office, Community and It’s Always Sunny in Philadelphia -- have been edited or removed from streaming services due to depictions of blackface. HBO Max also temporarily removed Gone With The Wind from the platform to address the movie’s racism. It soon returned with videos that discuss its handling of race.

Update, 2:45PM ET: This story was updated noting when Mad Men will return to AMC.

In this article: amazon, streaming, imdbtv, madmen, amazonprimevideo, imdb tv, amc, amazon prime video, primevideo, prime video, blackface, mad men, news, entertainment
All products recommended by Engadget are selected by our editorial team, independent of our parent company. Some of our stories include affiliate links. If you buy something through one of these links, we may earn an affiliate commission.