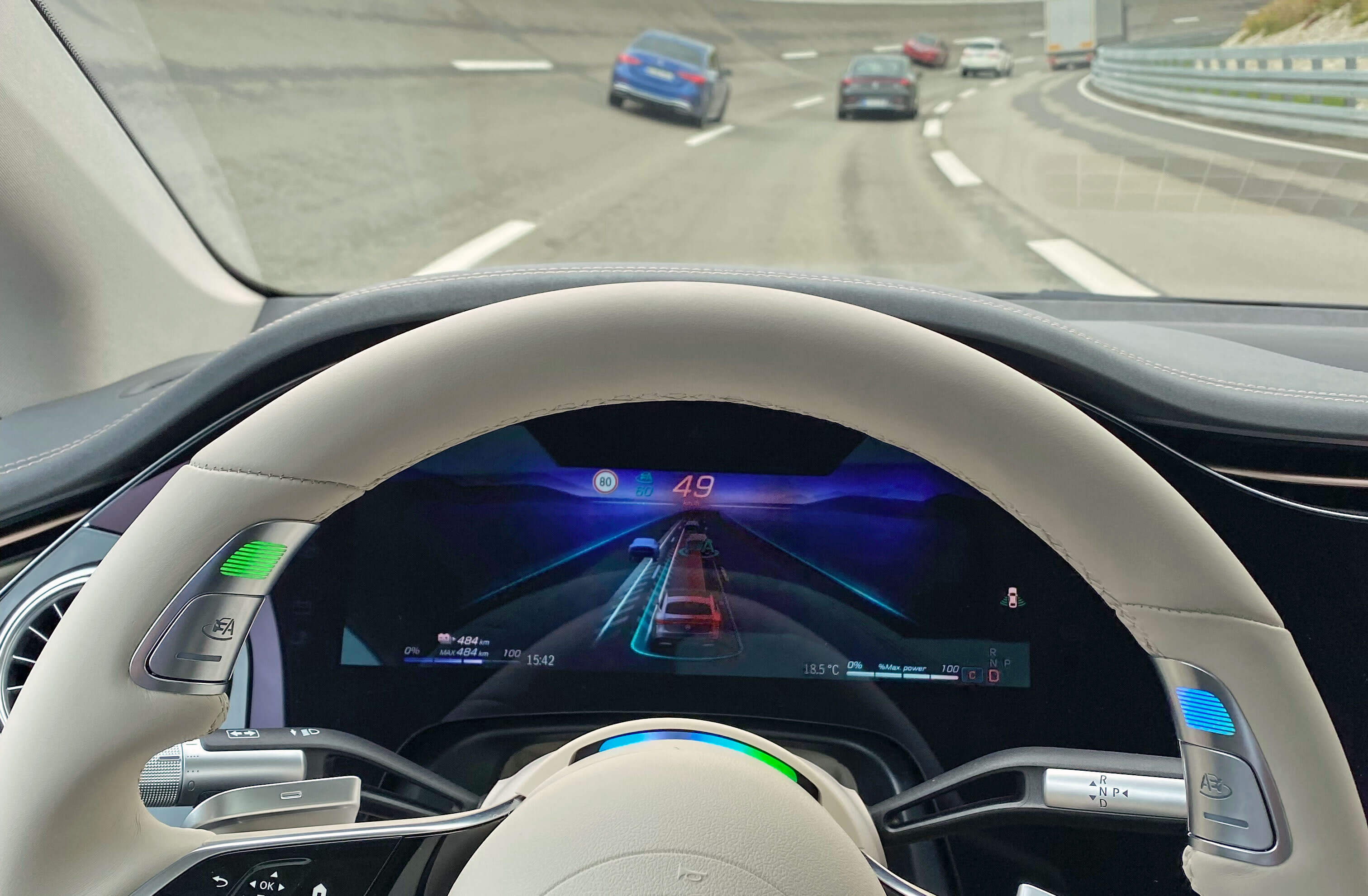 Relaxing behind the wheel of Mercedes’ level 3 autonomous Drive Pilot

What do I do with my hands?

The dream of autonomous driving everywhere is still a long way away. But soon Mercedes will launch Drive Pilot, its level 3 autonomous driving system in Germany on the S-Class and EQS. We had a chance to try the system out at the automaker’s test track and, while it did what it was supposed to do, we found it hard to turn off our driving brain while behind the wheel.

The system works on highways in traffic at speeds up to 60 kph (37 mph). Essentially it’s for daily commuting. But during that time the driver can stop paying attention and the Mercedes is responsible for everything that happens. That’s not to say you can nap, the vehicle still tracks the driver with an in-car monitor and it requires the driver to take over when it’s about to go faster than 37 mph, an emergency vehicle shows up, it rains or other situations that the vehicle is not built to handle. But you can play Tetris and text people. So that’s fun. Watch our video for the full story.