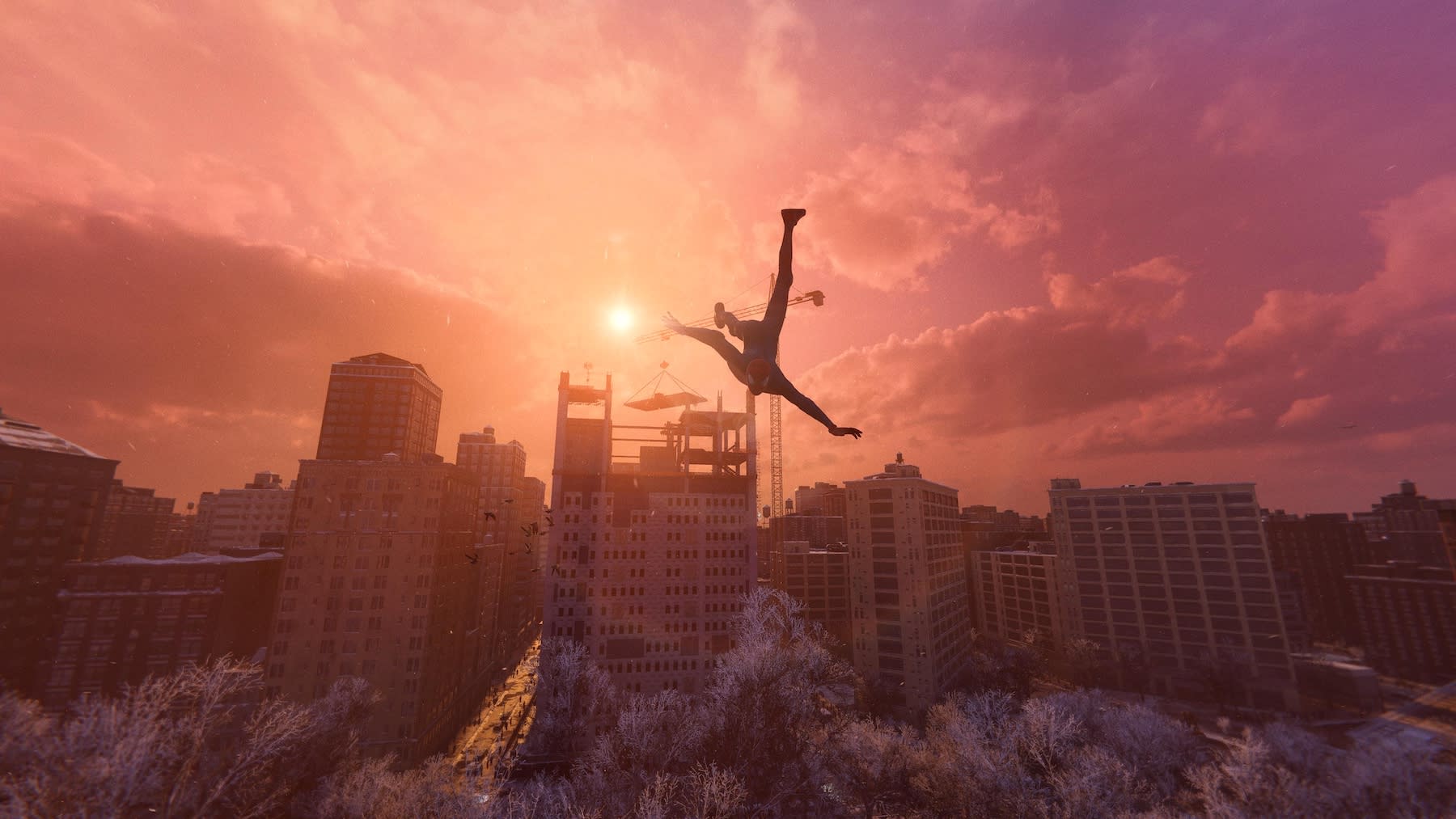 'Spider-Man: Miles Morales' is the cherry on top of the PlayStation 5

Forget Sackboy; this is a must-play game for PS5 owners.

Up front, an admission: I’ve only played an hour or so of Spider-Man on PlayStation 4. This isn’t for lack of interest, and I offer sincere apologies to everyone personally hurt by this omission in my gaming résumé. I blame a reliance on couchable multiplayer experiences and a light Overwatch addiction, but the why doesn’t really matter. I’ve actually played Sunset Overdrive, an Insomniac Games relic, more recently than Spider-Man.

So I’m sorry, but I’m also not alone. Miles Morales is coming to PS4 on November 12th, but notably that same day, it’ll be the standout launch title for the PS5. Plenty of players are going to be diving in blind, whether they’re jumping from Xbox to PlayStation in the new generation, or they simply missed the Spider-Man train the first time it rolled through town. This review is dedicated to you.

Especially on PS5, Miles Morales plays like an oil slick slathered in tanning lotion and riding a slab of butter down a metal slide on a summer day. OK, that’s a bit much, but the point is, this game is smooth. There's a 30 fps Fidelity mode (where the screenshots came from) and 60 fps Performance mode, which I prefer for the extra clarity it lends Miles’ movements. The game’s main mechanic involves web-slinging across a realistic Manhattan, flying between buildings in a thrilling demonstration of controlled chaos.

Hold down the right trigger and Miles shoots web ropes from his wrist, flinging him through the air automatically and as needed. You’re in control of the direction he soars and when he lets go, determining how high, fast and far he travels with twitch decisions and micro movements. Miles picks up speed quickly and he adapts to environmental changes with ease, swinging from the edge of a building and then running up the side of a skyscraper, leaping from the roof and diving toward a bright yellow waypoint in a series of natural, stylish motions. There’s no wrong way to scale Harlem as Spider-Man.

In combat, Miles regularly takes on dozens of henchmen at a time, fluidly swapping among enemies and dodging attacks with Arkham-inspired choreography (or, probably more accurately, “Spider-Man-inspired,” but we all know my history there). It’s never difficult to find a target, and battles feel fantastically frenetic, even when it seems like Miles should be overwhelmed. He collects powers beyond Peter Parker’s — electricity and invisibility — and these tools are employed in stealth missions and high-action moments in equal measure.

Part of the reason the game feels so seamless is its complete lack of loading screens on the PS5. Between missions, cutscenes and respawns, Miles Morales is an uninterrupted reel, just as Sony has been promising since day negative-one of this console generation. If Miles dies in a fight with some suped-up baddies, the scene immediately resets from the last checkpoint and the action continues. Cutscenes bleed seamlessly into gameplay moments and back. There’s no downtime on PS5, unless you decide to take some.

Even the cutscenes themselves make it difficult to put the controller down. Not only are they beautifully animated, but they’re often sprinkled with quick-time events. They also generate a constant stream of physical feedback in the DualSense, offering a taste of how delicate and precise the haptics in the new controller can be.

Miles Morales is packed with classic superhero action and drama. An evil corporation values profit over human life; a bridge battle breaks out culminating in a massive explosion; nearly everyone around Miles is secretly a supervillain, hero or programming genius slash master tailor. These aren’t spoilers, they’re just tropes. And when they’re deployed well, as they are in Miles Morales, they’re incredibly fun.

Though Insomniac is billing Miles Morales as a standalone expansion, smaller in scope than the PS4 original, the game is dense with side quests, collectibles, training modules and places to explore. The Harlem on the screen is rich with life, and the characters around Miles are relatable and warm. They make you want to spend time with them, and the city similarly invites you to stay, offering an endless horizon of runways exclusively for Spider-Man (er, -Men?).

Miles Morales makes for a top-tier PS4 game, but it’s a must-play title for PS5 owners. Its lack of load times, sharp graphics and buttery mechanics showcase the power of the new console and the DualSense controller brilliantly. This is one of Sony’s strongest selling points in the new generation: The PS5 ships with new, marquee games like Miles Morales, the Demon’s Souls remaster and Bugsnax (yes, Bugsnax). Meanwhile, the expected anchor for the Xbox Series X, Halo: Infinite, has been delayed out of the console’s launch window, and Microsoft is banking on a library of backward compatible games to fill in the gap.

Console politics aside, Miles Morales is a delicious amuse bouche of the next generation of video games. It’s large, richly detailed, smooth as silk and truly beautiful. This is just the beginning, and I’m more excited than ever to see what developers will do with all this new tech.