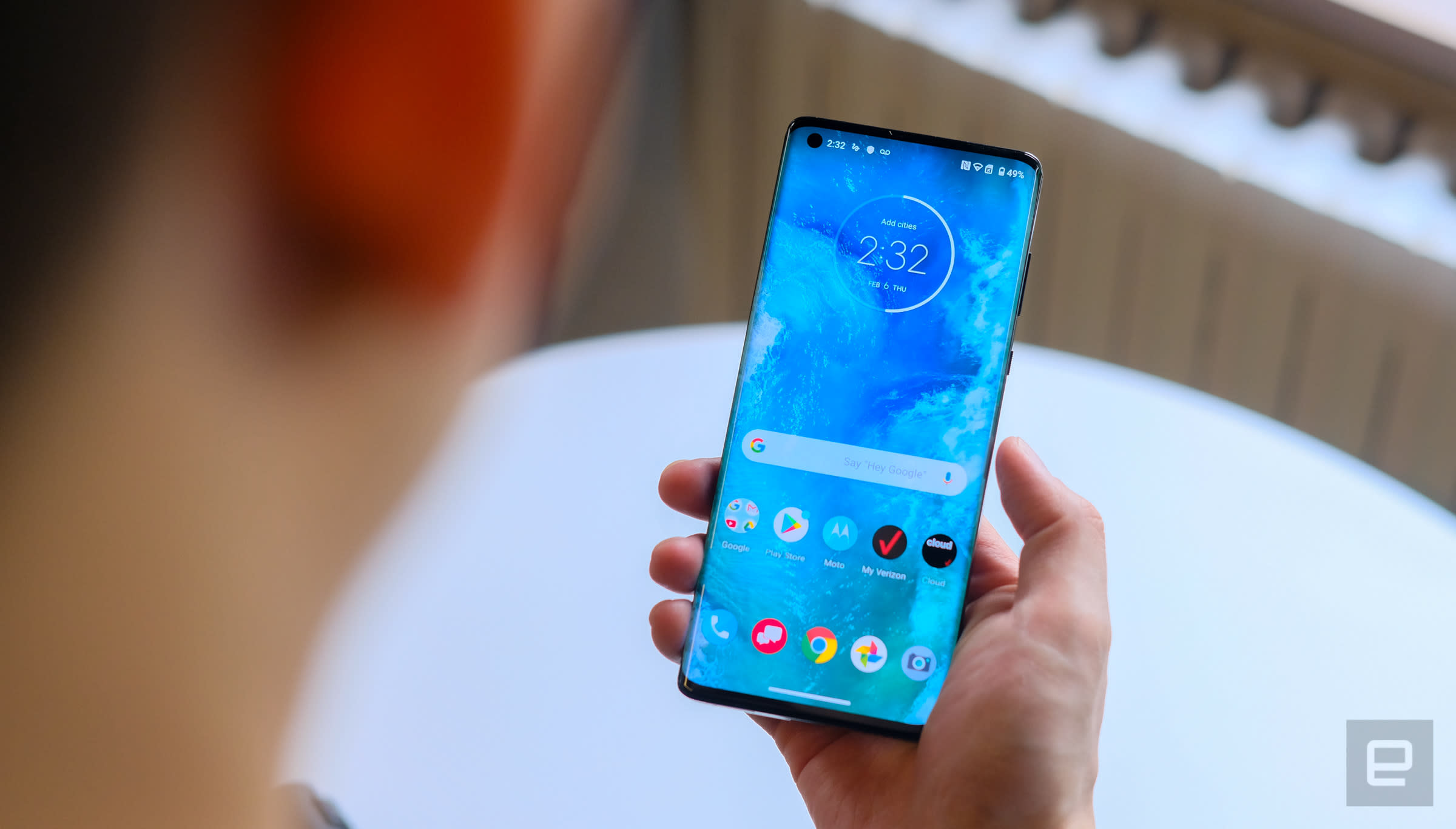 The good: It's well-equipped to take on its rivals. The bad: It's a Verizon exclusive.

Four years. That's how long it's been since Motorola released its last full-on flagship phone, and that dry spell is finally over. Earlier this morning, the Lenovo-owned brand pulled back the curtain on the new Edge+, a $1,000 smartphone that seems tailor-made to take on the best the industry has to offer. We went hands-on with the device in Chicago earlier this year, well before the coronavirus outbreak spoiled Motorola's original launch plans. and it didn't take long to see the Edge+ had promise. The bigger question is whether it can find a meaningful foothold in a world awash in expensive phones, but we'll get to that.

First, though, the basics. The Edge+ packs a lot of what you'd expect from a premium phone in 2020: A Snapdragon 865 with 12GB of LPDDR5 RAM and 256GB of storage, support for mmWave and sub-6 5G, an enormous 5,000 mAh battery that plays nice with 15W fast chargers -- the list goes on. If there's one thing Motorola seems especially proud of here, though, it's the so-called Endless Edge display.

"We looked at the kind of ‘science fiction’ display that you would like to have," Motorola VP Dan Dery told me. "We worked with our display vendors and partners [to see how] it could materialize at the right time, and we designed the device around it."

The end result: A 6.7-inch, 10-bit OLED screen that runs at full HD at 90Hz for extra-smooth scrolling. The most interesting thing about it, though, is that the edges of that screen make 90-degree turns down the sides of the phone.

Now, the screen itself looks nice enough: It was plenty bright under the harsh, winter light, and colors in the test videos I watched popped pleasantly. If you’ve ever seen any of my reviews, though you know that I don’t get along with these kinds of "waterfall" displays. The side of my hand always touches something accidentally, to the point where I've had to swear off certain phones entirely. (Here's looking at you, S20 Ultra.) For what it’s worth, Motorola says it agonized over what it calls grip suppression so that won’t be an issue, but I didn’t get enough time with the phone to see for sure.

As it turns out, those eye-catching edges are there for more than just looks. They'll light up to let you know when notifications roll in, and to let you know the phone is charging. You can map virtual shoulder buttons on them for better control while you're playing a game. Maybe most important, you can also swipe on those edges to quickly view your notifications and pull up your app drawer while you're mid-email. Essentially, Motorola replicated the homescreen gestures you're probably familiar with on the sides of the screen so you can multitask just a little faster. Of course, since I can't vouch for how sensitive those edges are in day-to-day use, the best thing about these screen edges might be that you can disable them entirely.

Beyond that, Motorola paid particular attention to audio -- it called on a company called Waves to help tune the Edge+'s sound output, which is especially helpful since it has some really loud speakers. I could hear the YouTube videos I was playing with no trouble at all in a room packed with reporters clamoring to test one of a handful of devices. Naturally, a phone like this that focuses on audio quality packs a classic headphone jack, but since I didn't have headphones with me, I couldn't say how well it stacks up against phones with built-in DACs, like every high-end device LG has made for the last few years.

As far as cameras go, Motorola is swinging for the fences this time. The Edge+'s main camera features a 108MP sensor built by Samsung with an f/1.8 aperture, and by default, the camera performs some pixel binning to produce 27MP stills. The handful of shots I took in Chicago looked great on this big, punchy screen, but you'll have to wait for our full review to see how well it actually stacks up to the competition. There's also an 8MP telephoto camera that, unlike the OnePlus 8 Pro, actually optically zooms, and a 16MP ultrawide camera that also pulls double duty as your macro camera, and the results were quite a bit better than I expected. If video is more your bigger concern, you can shoot at resolutions at high as 6K with what Motorola calls "industry-leading" stabilization — it seemed to work well enough, but I wasn’t allowed to take that footage to show you.

On paper, the Edge+ has the chops to compete with some of the best phones out there, and our hands-on time left me feeling cautiously optimistic. If there’s one knock against the Edge+, though, it’s that the phone will be a Verizon exclusive In the US when it launches on May 14. I have to point out that Verizon is Engadget's parent company and they have no control over what we write or say, so with that in mind, this deal seems like a real blow to people who have come to appreciate Motorola’s work on cheap, excellent, unlocked phones. These are, mind you, the folks that helped propel Motorola back into profitability as of last year. Verizon and Motorola have been very close partners for years (remember the Droid?), but that means some of the people who'd be most eager to give Motorola's flagship a chance will simply miss out. 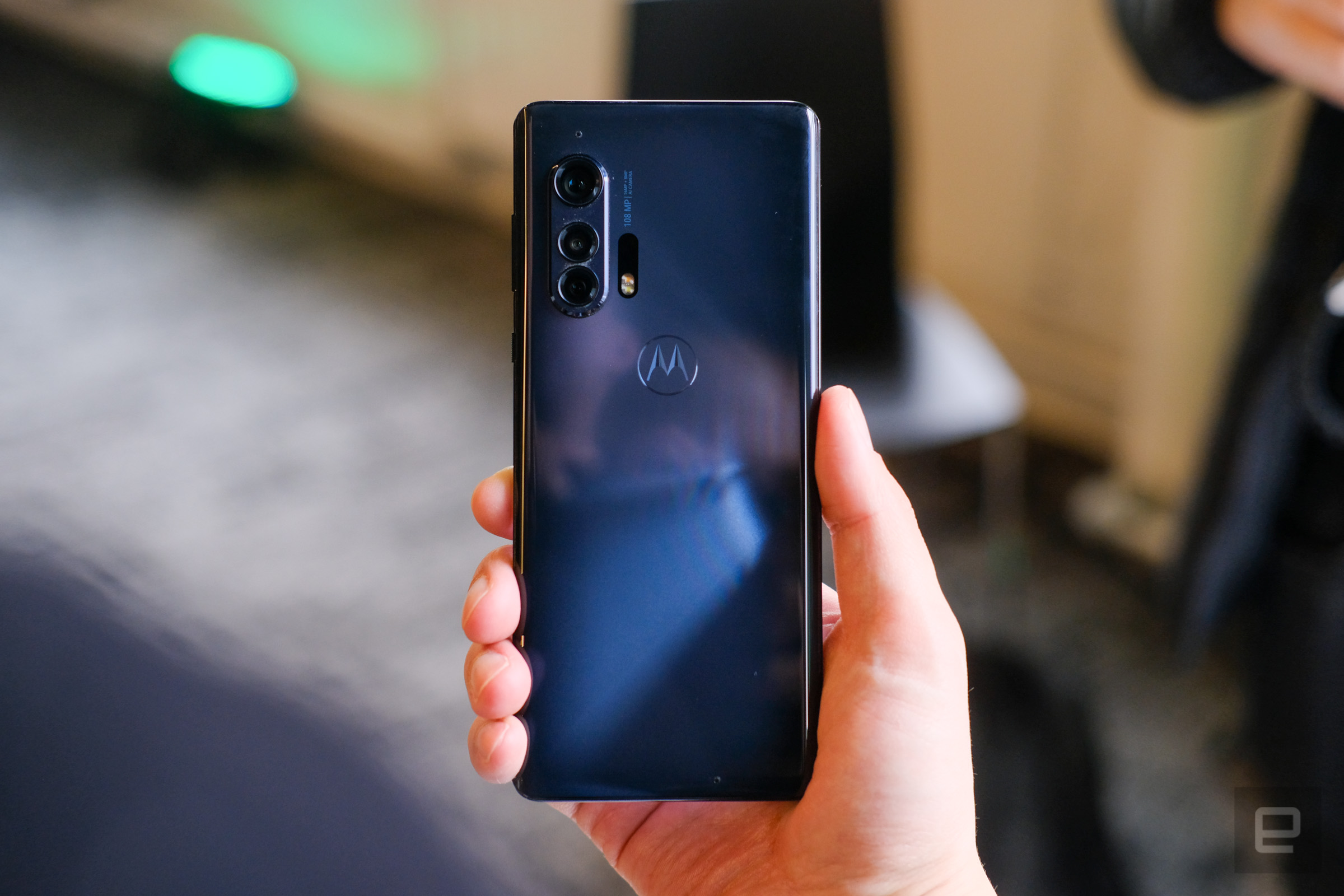 There's a little cause for hope, though. After we left Chicago, Motorola confirmed there’s another Edge phone and it’s just called the Edge. It uses the exact same screen, just with a Snapdragon 765 chipset inside and a different camera configuration around back. It's going in sale in Europe first where it'll cost 599 euros, or about $650, so it might be the next logical step for someone who likes Motorola's mid-range phones and wants to step things up. Since Motorola hasn't actually let anyone use the thing yet, we'll just have to wait and see.

In any case, Motorola seems to have put together a pretty comprehensive flagship package in the Edge Plus. From its big immersive screen to its focus on quality audio to its flexible handful of cameras, there’s a little something for everyone here. But Motorola could have taken the plunge into premium phones again anytime -- why the long lull?

According to Dery, Motorola didn't want to build a flagship simply for the sake of it. Because of advances in 5G, chipset performance and screen technology, this was the moment Motorola thought it could make a premium phone that actually mattered.

"Now is the time for us to bring something brand new," Dery explained. "Honestly, one year before -- no. It would have been an overpriced 4G device with a very short life-cycle." 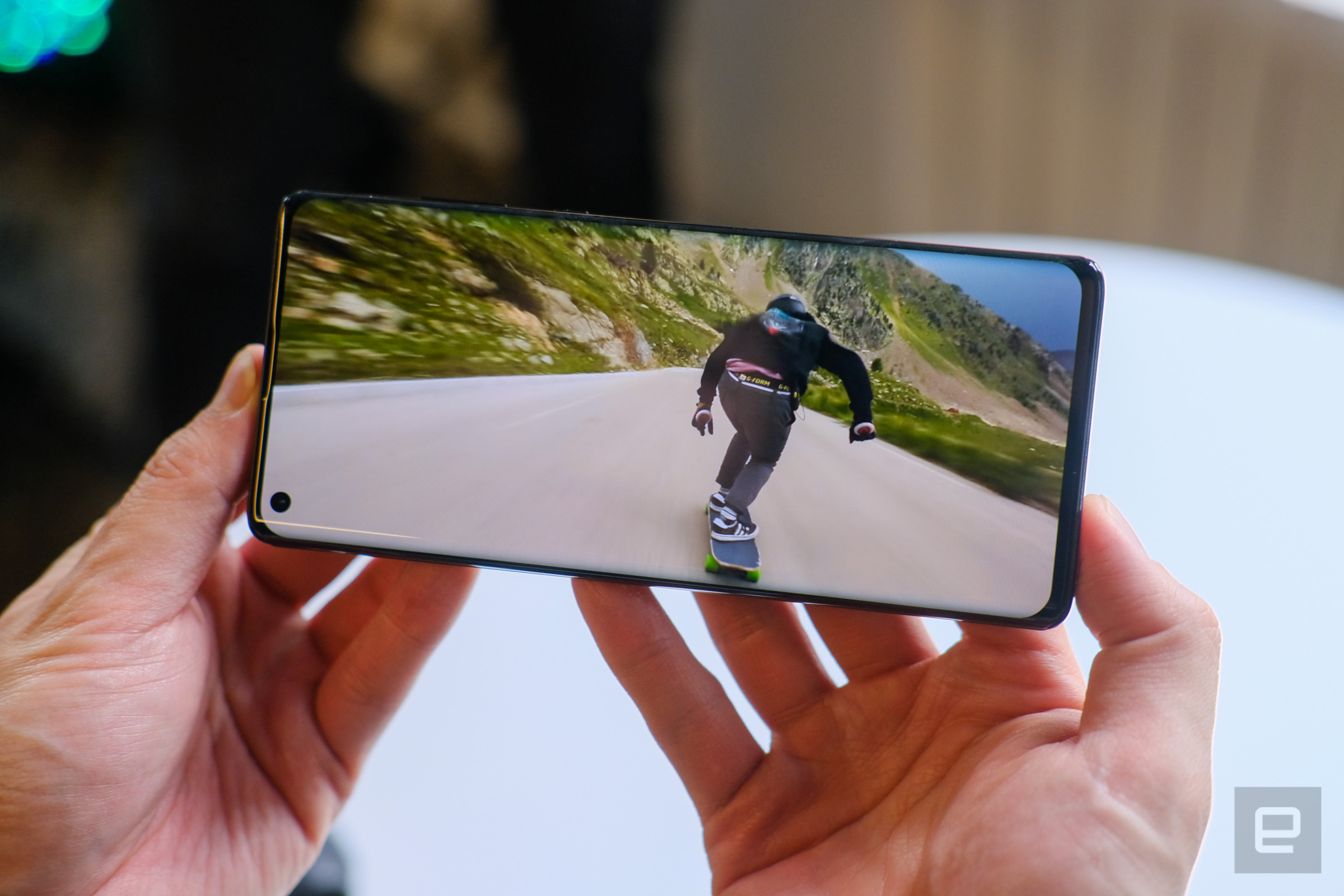 Timing is everything, as they say, and Motorola's timing here is a double-edged sword. Yes, a device like the Edge+ might have not been possible just a year ago, but recent events have shaped the industry and the world in ways Motorola could've have anticipated. The company originally planned to reveal the Edge+ at Mobile World Congress in February, but the show was cancelled because of concerns about the COVID-19 outbreak. As Motorola retreated from the show and regrouped, a slew of rival devices started appearing on store shelves: Samsung's trio of Galaxy S20s was first, followed by LG's V60 ThinQ 5G and the OnePlus 8 Pro. Had all gone according to plan, Motorola would've had a little time to enjoy the spotlight -- now, it's a little late to the party.

But it might not be next time. While Motorola looks at the four-year gap between premium phone as a time of focus on its core business, Dery concedes that the rate of technical advancement is so fast that Motorola might leap on a similar moment of opportunity in as little as a year.

“I don’t believe this is a time where, in 12 months, [you’ll be] saying ‘Nah, there’s nothing much new,’” he said. “So there are opportunities.”

Exactly what those opportunities will look like remain in question, however. The world we live in now is far different than it was when Motorola started working on the Edge+, and Dery concedes that people’s priorities have begun to shift in response because “society is changing so dramatically.” The work to build new devices for a new era begins now. In the meantime, though, Motorola’s first premium smartphone in years is proof that the company can leap on opportunities when it matters — stay tuned for our full review to see if its efforts paid off.

All products recommended by Engadget are selected by our editorial team, independent of our parent company. Some of our stories include affiliate links. If you buy something through one of these links, we may earn an affiliate commission. All prices are correct at the time of publishing.
View All Comments
Motorola's flagship plans take shape with the $1,000 Edge+