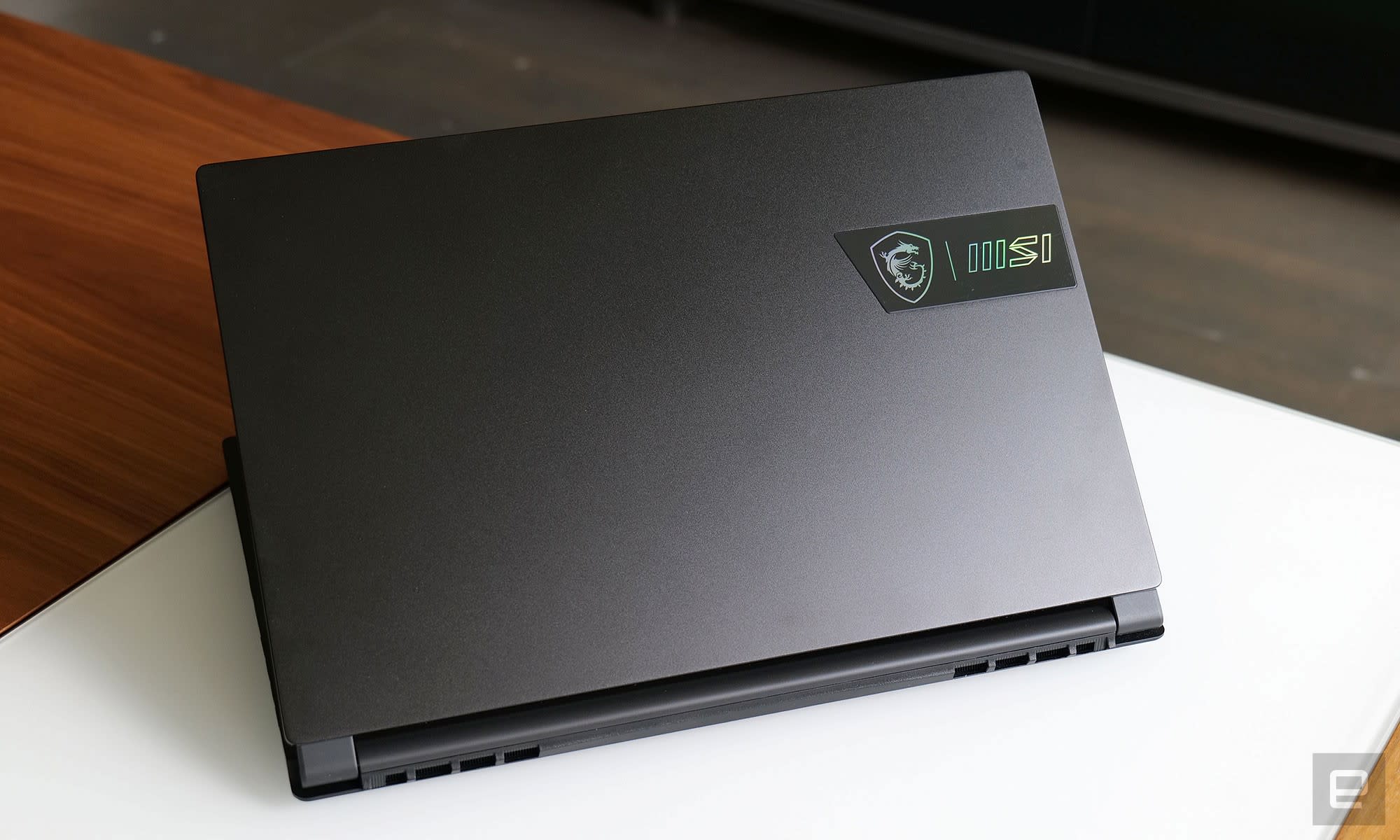 The Stealth's slick design and good performance are marred by weak battery life and a lackluster display.

It's only natural that a person's tastes and preferences change over time. So after years of thirsting for big, beefy gaming laptops with shiny lights, I've started gravitating towards more understated all-rounders that don't scream "Look at me." And for the last few generations, MSI's Stealth 15M line has been one of the best at balancing good performance with a discreet appearance. But unfortunately, it feels like MSI is coasting with the 2022 model. While there aren't a ton of major flaws, things like the Stealth's display, battery life and audio just aren't quite as nice as I would've liked.

For a gaming notebook, the Stealth 15M is about as incognito as it gets. It's got a simple, somewhat boxy build with a matte black finish (which is a bit of a fingerprint magnet, by the way). The only visual flair, at least on the outside, is MSI's dragon logo, which gets a new holographic treatment for 2022.

Then you open it up and you get MSI's lovely Spectrum backlit keyboard, a big speaker grill that runs the width of the deck and a smallish touchpad. Along its sides MSI includes a good selection of ports including four USB 3.2 ports (two Type-A and two Type-C, one of which supports DisplayPort), a full-size HDMI 2.1 connector and a combo headphone/mic jack. And with a weight of just under four pounds (3.96 lbs), the Stealth is actually a touch lighter than a lot of other 15-inch gaming laptops (and some 14-inch systems too).

On paper, the Stealth 15M's screen looks like a perfect match for its specs. It's a 15.6-inch IPS panel with a 144Hz refresh rate. It even has a matte finish to help prevent distracting reflections. The issue is that because it has somewhat dull colors and a tested brightness of around 250 nits, movies and games look kind of lifeless. Sure, if you like gaming in darker environments, it's not a big deal. But its mediocre light output also means that in sunny rooms, it can be difficult to read text, especially if you're someone who prefers dark mode apps.

As for audio, the Stealth features dual two-watt speakers that can get pretty loud, though they are lacking a bit of bass. Don't get me wrong, they’re perfectly fine, I was just hoping for a little more considering the size of its grille. And then perched above the display is a 720p webcam which is serviceable but it doesn't deliver the kind of quality you'd want for live streaming. It's more so you can show your face during Zoom meetings, and that's about it.

But once again, while nothing is egregiously bad, I feel like MSI is doing the bare minimum here. Its speakers are just ok, its webcam doesn't even capture full HD and that big chin below the display makes the whole laptop look sort of dated.

When it comes to performance the Stealth has plenty of oomph thanks to an Intel Core i7-1280P CPU and an NVIDIA RTX 3060 GPU. Our review unit even comes with a 1TB SSD and 32GB of RAM, the latter of which is arguably overkill given the rest of the system's specs. However, you'll want to make sure you figure out where the Stealth's fan speed settings are in the MSI Center app, because when this thing spins up, you're in for more than just a subtle whoosh.

In Shadows of the Tomb Raider at 1920 x 1080 and highest settings, the Stealth averaged 106 fps, which is just a tiny bit better than the 102 fps we got from the similarly-sized Alienware x14. Meanwhile, in Metro Exodus, the Stealth tied the Alienware's performance, with both machines hitting 55 fps at full HD and ultra settings. So not exactly face-melting horsepower, but still more than enough to play modern AAA titles with plenty of graphical bells and whistles enabled.

One thing I really like about the Stealth 15M is its Spectrum keyboard. Not only do the keys have a soft, cushy press, they let just the right amount of light to leak out the sides, adding a little razzle dazzle without searing your retinas. And of course, you can turn everything off if you want to go fully undercover. Below that you get a touchpad that measures just four inches wide and two and half inches tall, which can feel a bit cramped at times. That said, having an undersized touchpad isn't as big of a deal as it might be on a more mainstream notebook. Most gamers will probably carry an external mouse since touchpads really aren’t ideal for gaming.

Perhaps the biggest weakness of the Stealth 15M is its battery life. It comes with a 53.8Whr power cell, which feels frustratingly small compared to the Alienware x14, whose battery is 50 percent larger at 80Whr, despite both systems being about the same size. That results in some pretty disappointing longevity, with the Stealth lasting just four hours and 15 minutes on our local video rundown test versus 9:45 for the x14 and 5:42 for the more powerful Razer Blade 15.

After using the Stealth 15M for a while, I'm not really mad, I'm just disappointed. I love the general design and aesthetic and the Stealth delivers a great balance of performance and portability. In a lot of ways it feels like a more grown-up take on thin-and-light gaming laptop.

The issue is that it almost feels like MSI has neglected the Stealth line. Compared to previous years, the main upgrades for 2022 are a refreshed CPU and GPU along with a new badge on its lid. That's not nothing, but I know MSI can do better and I'm really hoping to see the Stealth get a full redesign sometime soon.

Ultimately, assuming you can stomach the short battery life, the value of the Stealth 15M hinges a lot on its price. I've seen this thing listed as high as $1,700 from retailers like Walmart, which is simply too much. At that point, you're much better off going for a notebook with a slightly smaller screen like the Alienware X14 and getting very similar performance, or opting for Asus' Zephyrous G14 while also saving a couple hundred bucks in the process. But if you can nab the Stealth for under $1,400, a lot of the system's trade-offs become a lot more palatable. I just wish this version of the Stealth felt more like James Bond and less like Agent Cody Banks.

All products recommended by Engadget are selected by our editorial team, independent of our parent company. Some of our stories include affiliate links. If you buy something through one of these links, we may earn an affiliate commission. All prices are correct at the time of publishing.
View All Comments
MSI Stealth 15M review: Coasting on its good looks