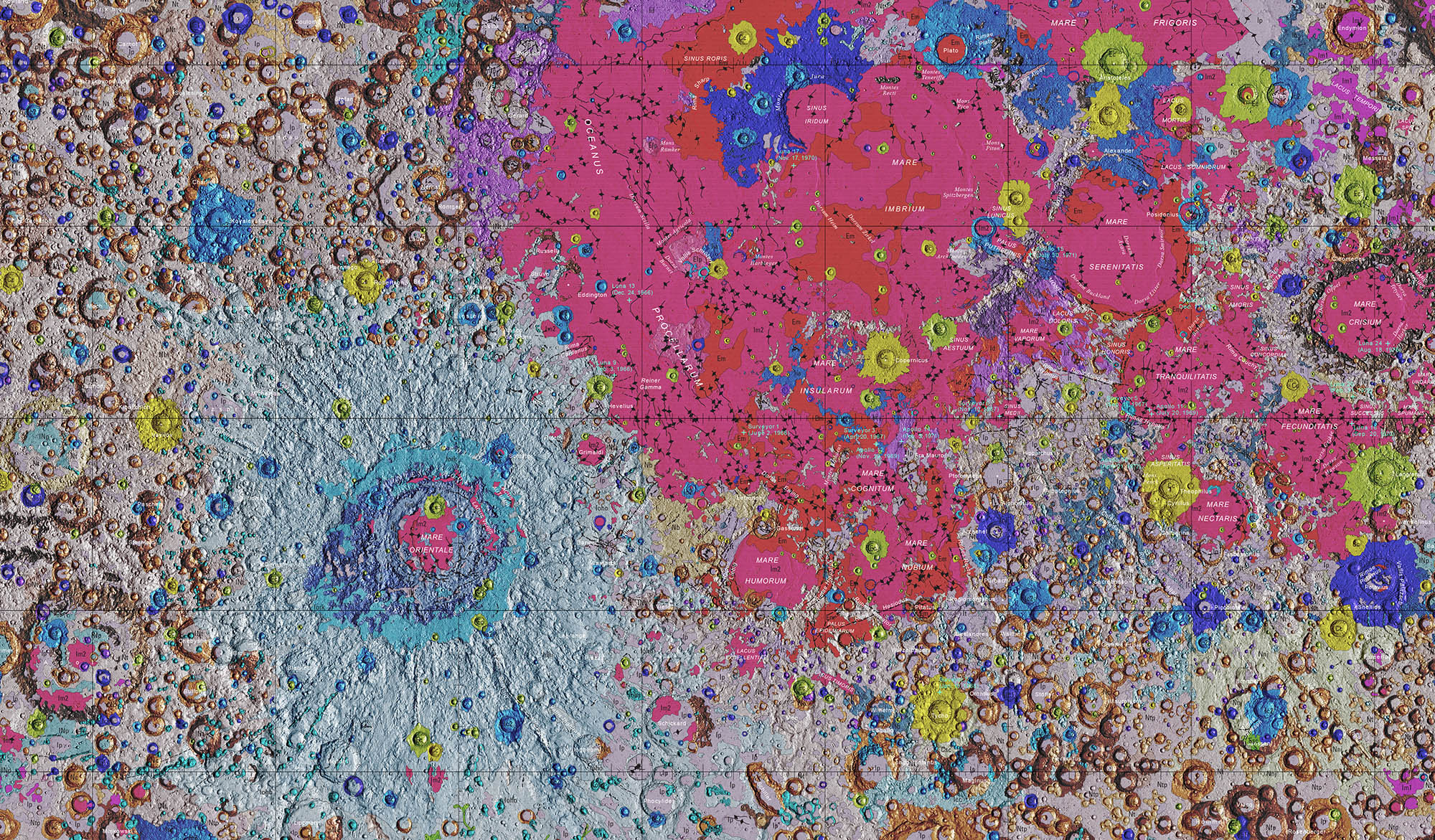 If Neil Armstrong and Buzz Aldrin didn’t know the moon’s topography cold, the first human moon landing might have been aborted or worse. Now that NASA is planning new missions to the Moon with project Artemis, it needs the most detailed maps of our satellite ever produced. To that end, scientists from NASA, the United States Geological Survey (USGS) and the Lunar Planetary Institute have created a detailed new map in stunning color.

Called the Unified Geological Map of the Moon, it marries decades of surveys of the moon’s surface going as far back as Armstrong and Aldrin’s Apollo mission, with more recent data from NASA and JAXA. The digital map is available here for the public to download at 1:5,000,000 scale.

To create the maps, scientists took information from the six Apollo-era regional maps, and updated them with information from a number of later sources. The elevation data at the equatorial region came from observations by the Terrain Camera on the SELENE mission led by JAXA., while the north and south pole topography was captured by NASA’s Lunar Orbiter, using its Laser Altimeter data.

At the same time, the team developed a common language to describe the stratigraphy, or rock layers, of the moon (shown in a 1:1 detail above). The end result is a map that uses color to distinguish between different geological formations and time periods. For instance, much of the topography was formed in the Imbrian era 3.5 billion years ago, as shown as pink on the map. At that point, there were still a lot of asteroids and debris soaring wildly around our solar system, which smashed into the moon and created some of the larger impact craters.

It doesn’t just look pretty — the map will greatly help NASA and other organizations plan future landing sites optimized for scientific missions. “It provides vital information for new scientific studies by connecting the exploration of specific sites on the moon with the rest of the lunar surface,” said USGS lead author Corey Fortezzo.

Artemis could take humans to the moon as early as 2024, if we’re (very) lucky. This time we plan to stay there. “People have always been fascinated by the moon and when we might return," said USGS Director and former NASA astronaut Jim Reilly in a press release. “So, it’s wonderful to see USGS create a resource that can help NASA with their planning.”

In this article: NASA, moon, map, thenewbigpicture, the big picture, USGS, lunar planetary institute, unified geologic map of the moon, news, tomorrow
All products recommended by Engadget are selected by our editorial team, independent of our parent company. Some of our stories include affiliate links. If you buy something through one of these links, we may earn an affiliate commission.