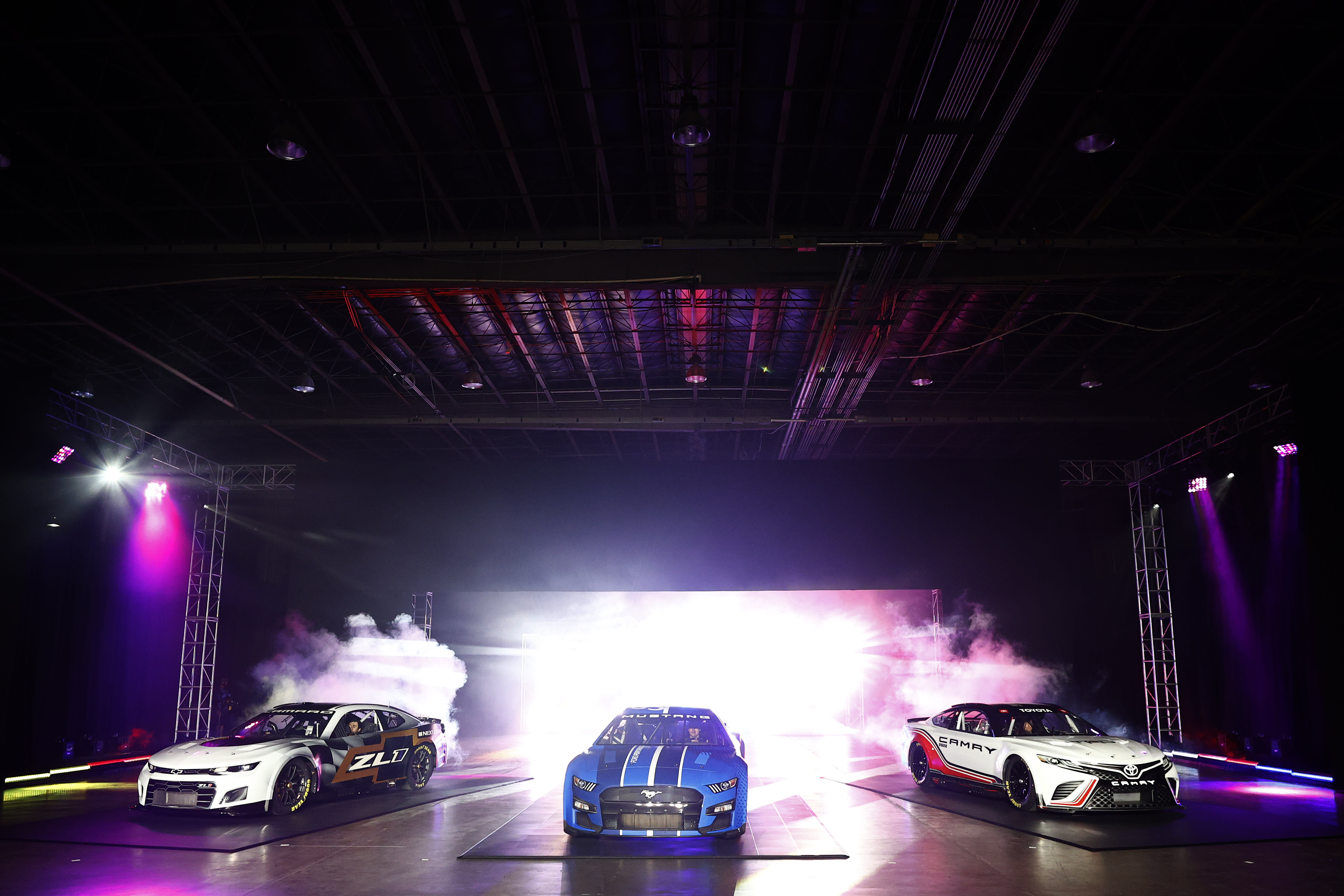 On Wednesday NASCAR's three participating manufacturers showed off the final looks for their new "Next Gen" models that will be the basis of its Cup Series platforms starting in the 2022 season. The Camry, Mustang and Camaro models all have individual characteristics, but across all of them the series and automakers said they were pursuing "features that decrease the dependence on aerodynamics and increase the emphasis on car setup."

That covers the new coupe-like silhouette, composite body materials, symmetrical design, larger wheels and a height that's two inches higher off the ground than their predecessors. They also should be cheaper for teams to operate because they'll need fewer cars per driver, since these are built so that one car is usable on different types of tracks.

But eventually the biggest change could come under the hood, as NASCAR eyes a shift to hybrid power, following the likes of Formula 1 which has used hybrid engines for several years. The goal is to design a car that NASCAR said will be "future proof" to make the switch as smoothly as possible.

President Steve Phelps said "The Next Gen car will certainly have the opportunity, if we decide to go to some form of electrification in a hybrid vehicle or hybrid engine, that the Next Gen car has the opportunity for us to drop that engine in there... I would have said before COVID, we’re maybe looking at ’23...It could be '24." There's even consideration of whether or not it could handle an electric powertrain, but that possibility is even further off.

Other changes fans will notice in the Next Gen models include wider tires, larger brakes, independent rear suspension and a rear-mounted camera to help drivers see behind them. That last one is necessary due to the new cars' lower roofline. The new cars will also enable broadcasters to have in-car cameras for every car in a race, as NASCAR Senior VP of racing innovation John Probst said "We’re working out how to get more data out of the ECU (electronic control unit), getting more camera angles, higher-definition cameras, 360 cameras — you name it."