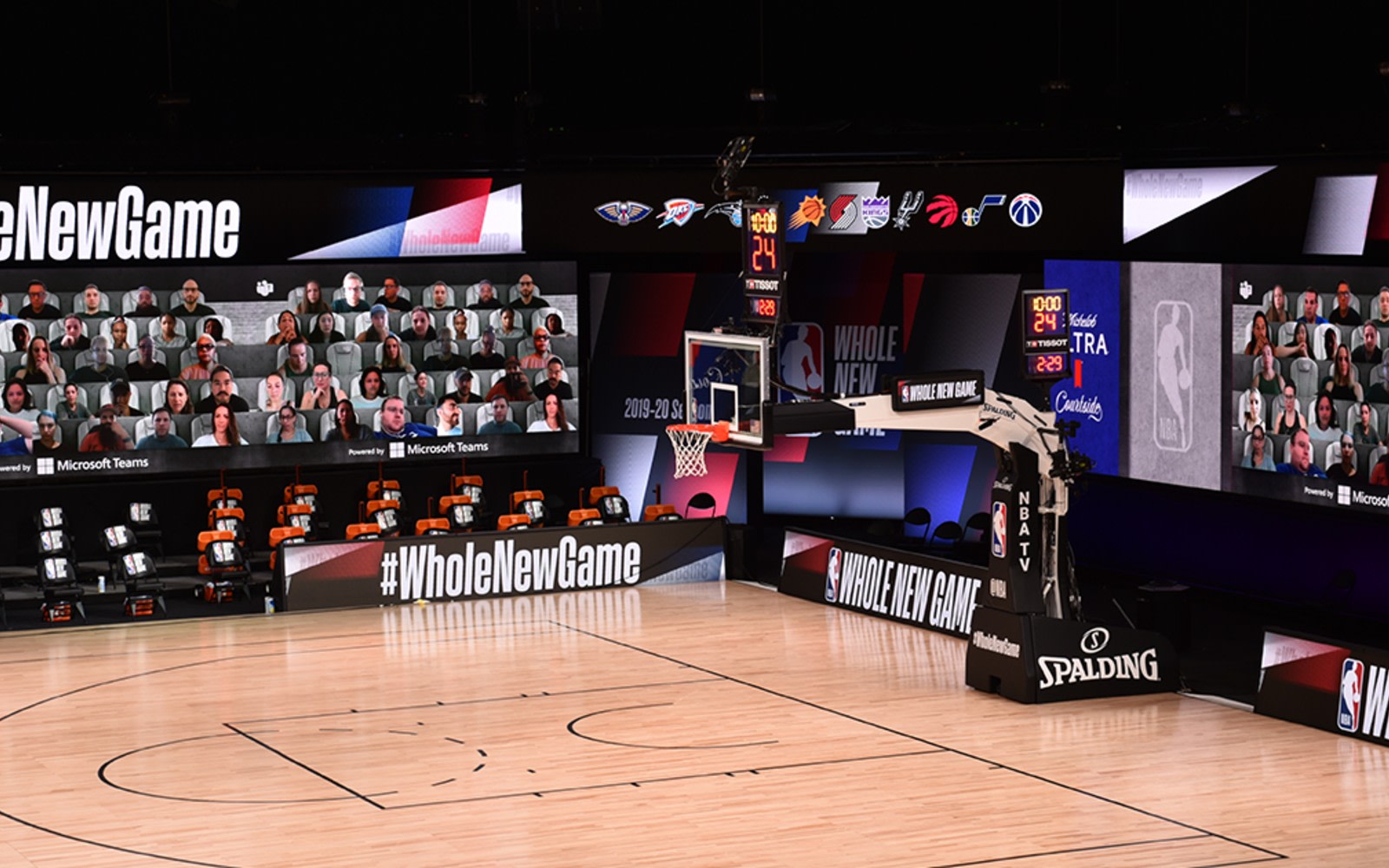 When the National Basketball Association (NBA) restarts its season on July 30th, it will use Microsoft Teams to recreate the atmosphere of a packed arena without any fans physically present. As part of its ongoing partnership with Microsoft, the league plans to use the software's recently released Together Mode to put more than 300 fans in the stands. The feature utilizes AI to segment your face and shoulders and put you in a shared digital space with other people.

The NBA will equip arenas with 17-foot tall LED screens that surround the court. The displays will allow players to see and hear the people who are watching them via Teams. Meanwhile, fans will see a live feed of the game directly within the app, alongside a view of everyone else that's spectating. ESPN and Turner will adjust how they record matches so that those following along on their TV or mobile device will see both the players and those attending through Teams.

The NBA is not the first league to use a video conferencing app to try its best to recreate the feeling of a packed arena in the era of COVID-19. Some leagues have even thought of more creative solutions to the prospect of spectatorless games. In Japan, SoftBank will use Boston Dynamics' cute but terrifying Spot robot to cheer at Fukuoka Hawks home games. Moreover, this isn't the first time Microsoft has waded its way into professional sports.

The company's Surface tablets famously gained notoriety in 2016 when New England Patriots coach Bill Belichick smashed his device during a game against the Buffalo Bills. "I'm done with tablets," Belichick said when he was asked about the incident. "I just can't take it anymore." For their part, most NBA fans will likely just be happy to see their favorite players return to the hardcourt, even if it means the games look and sound a bit different.

In this article: NBA, av, coronavirus, Basketball, video conferencing, Microsoft Teams, Microsoft, National Basketball Association, covid-19, news, entertainment
All products recommended by Engadget are selected by our editorial team, independent of our parent company. Some of our stories include affiliate links. If you buy something through one of these links, we may earn an affiliate commission.