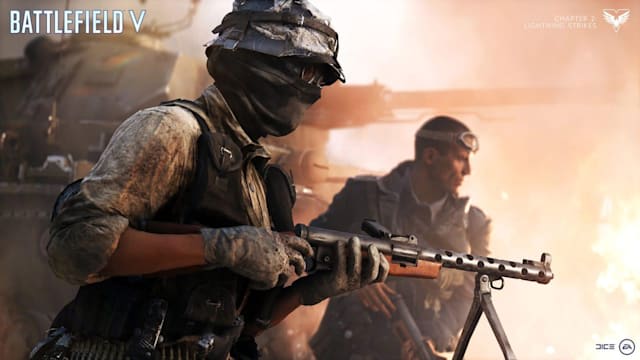 Battlefield V may be slowly winding to a close, but developer DICE has assured players that a new Battlefield game is on the way, and will arrive in 2021. The company has revealed that this month’s The Battle on Scarif update will be the last for Star Wars Battlefront 2, and then it’s set to turn its attention to its new offering.

"The team at DICE is working on the standalone Battlefield V update releasing this summer, and continuing their work on delivering Community Games," EA said in a statement. "While the studio's vision for Star Wars Battlefront 2 is now complete with this week's The Battle on Scarif Update, the servers, in-game challenges, recurring events and game support will continue as the game lives on with players and the community… Longer term, the studio is focused on the future of Battlefield that we'll be bringing to players in 2021."

The reveal follows news that Battlefield V’s forthcoming summer update will be its last. Neither Battlefield V nor Star Wars Battlefront 2 are going anywhere, though, but stopping updates to these games suggests the team at DICE are going all in on the next iteration of Battlefield, and having previously announced it would arrive sometime between 2021 and 2022, the most recent statement suggests it’s keen to get it out sooner rather than later.

In this article: Battlefield, DICE, EA, Battlefield V, Star Wars Battlefront 2, news, gaming
All products recommended by Engadget are selected by our editorial team, independent of our parent company. Some of our stories include affiliate links. If you buy something through one of these links, we may earn an affiliate commission.