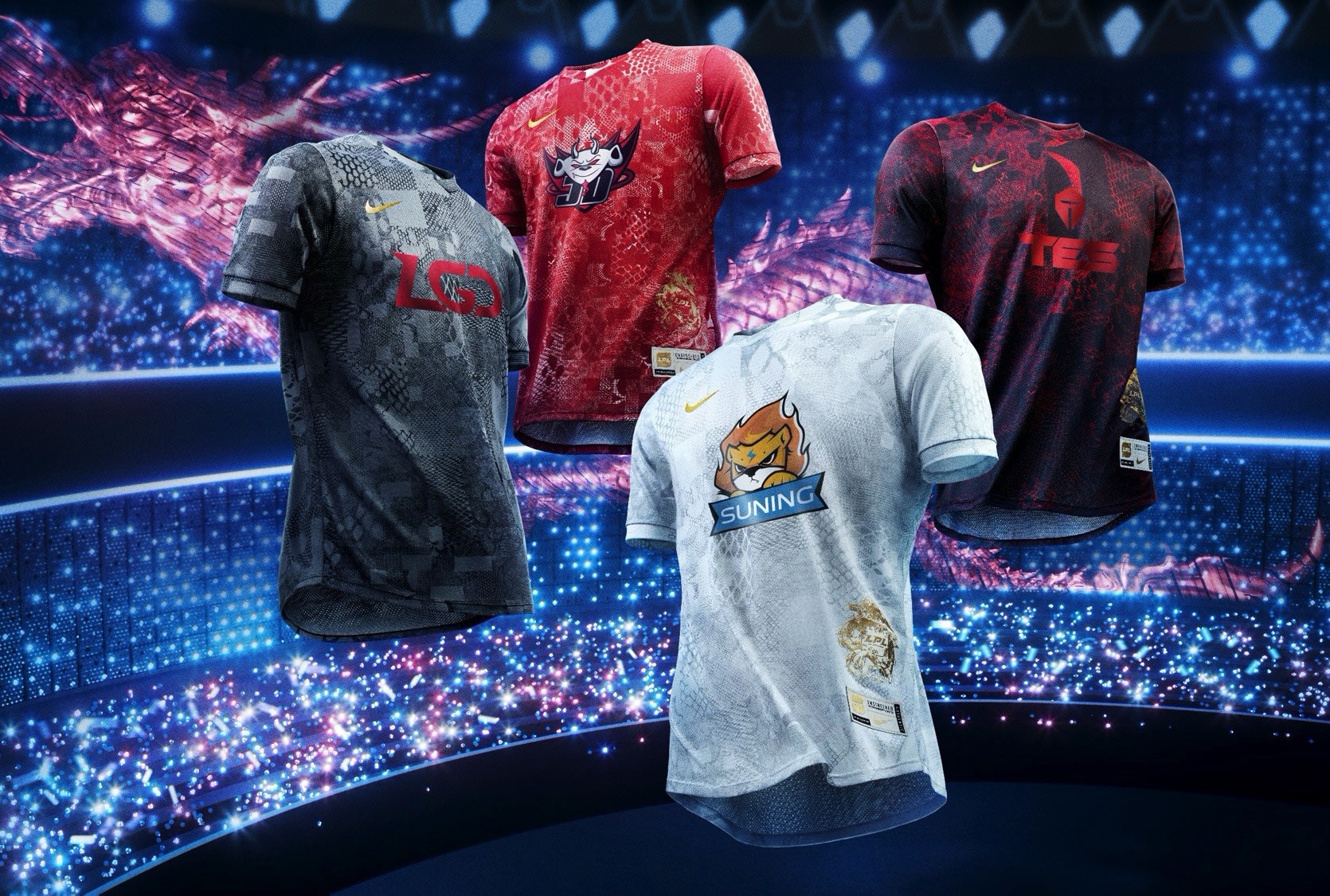 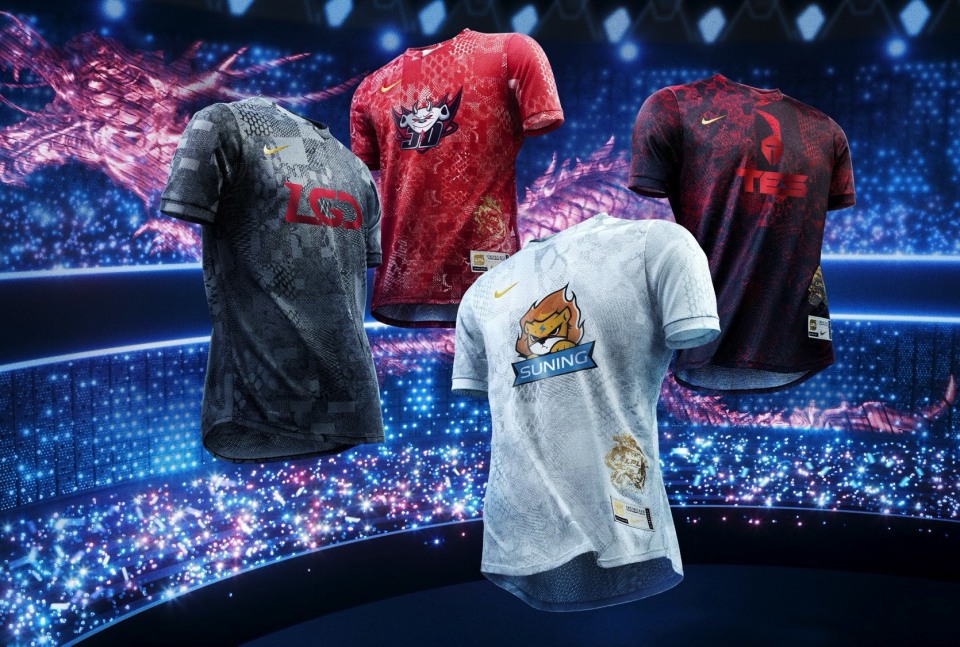 Nike is back with a new line of apparel celebrating professional League of Legends. The range includes four new jerseys that will be worn by the teams representing China at the World Championship later this month: Top Esports, JD Gaming, Suning and LGD. Nike took a similar approach last year, giving eventual World Champion FunPlus Phoenix, Royal Never Give Up and Invictus Gaming new uniforms to compete in at the 2019 tournament. All 16 teams in China’s domestic LPL (League of Legends Pro League) were then given similar shirts to play in during the 2020 spring and summer splits. It’s likely, therefore, that Nike will do the same and give out new jerseys to the other LPL teams before the 2021 season starts. 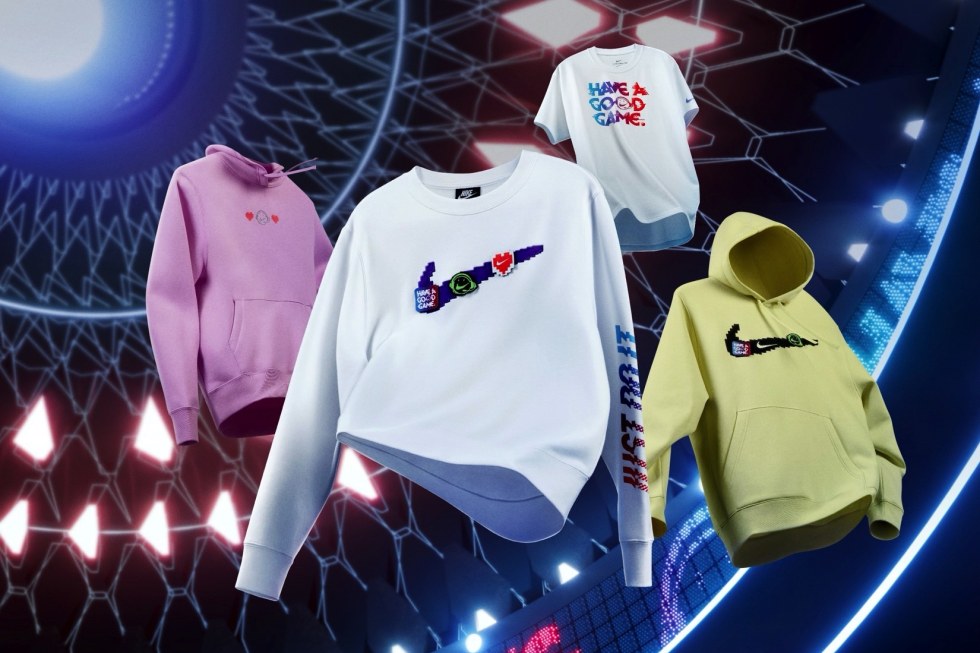 The redesigned shirts look dramatically different to the ones unveiled last year, with centrally-aligned team logos and a gold version of the LPL emblem in the bottom right-hand corner. According to a press release, they all use Nike’s Dri-fit technology and have a relaxed waist design so players don’t feel restricted during important games. The four teams will also attend the World Championship wearing special ‘Conquest’ jackets inspired by the color scheme of the LPL and each team’s individual jerseys and branding. The inside also has the slogan “All We Fight For,” which has featured prominently in LPL marketing videos this year.

Nike is complimenting its team uniforms with a League of Legends version of the Jordan 1 High Zoom Air CMFT sneaker. It’s supposedly inspired by the World Championship trophy, with a reflective material that looks different in the dark and under bright lights. Fans of the popular MOBA video game will also notice a reference to the Summoner’s Rift map on the right shoe’s tongue. If Jordans aren’t your style, the company has put together a broader ‘Good Game’ range that spans multiple Nike sneakers (Air Max 90, Blazer Mid 77, Air Force 1 Low, Air Force 1 Hi, Air Max 270 React, Air Max 2X and Joyride Dual Run 2), hoodies, sweaters and t-shirts.

The company’s interest goes beyond LPL teams and fans. Nike teamed up with SKT T1, the Korean League of Legends team with superstar midland Lee “Faker” Sang-hyeok, earlier this year. It also collaborated with Fnatic, which owns one of Europe’s biggest League of Legends teams, on a small collection called Fnatic Control last month. Puma, meanwhile, has teamed up with North American team Cloud 9, and Umbro has traditionally made jerseys for Schalke’s League of Legends squad. On the flip side, esports organisations such as 100 Thieves, which competes in multiple games including League of Legends, are making their own jerseys in a bid to establish themselves as the gaming equivalent of Nike or Supreme.

In this article: apparel, nike, footwear, league of legends, esports, clothing, news, gaming, gear
All products recommended by Engadget are selected by our editorial team, independent of our parent company. Some of our stories include affiliate links. If you buy something through one of these links, we may earn an affiliate commission.