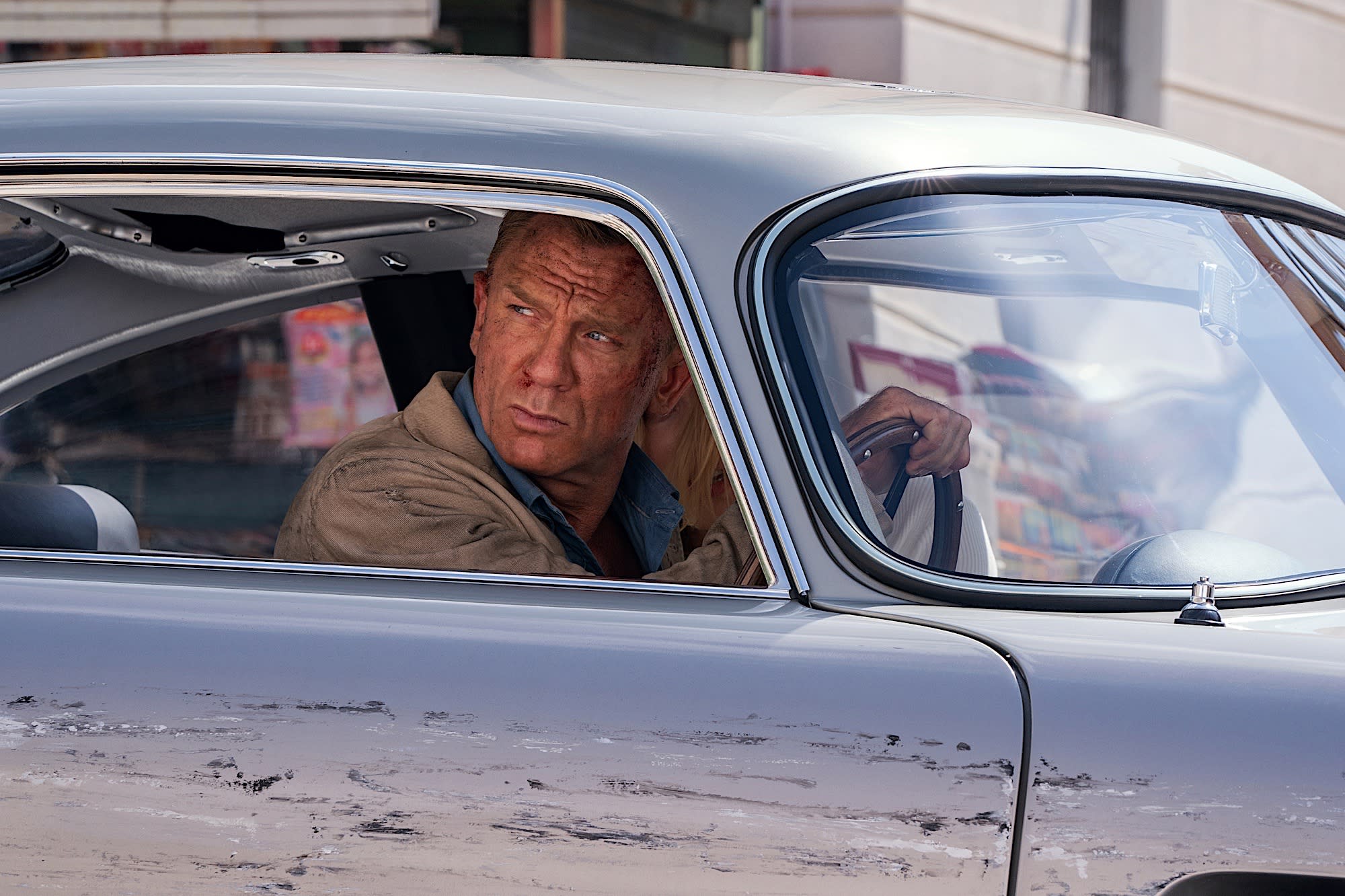 In 'No Time to Die,' Bond's gadgets matter less

But the characters matter more.

At one point in No Time to Die, Daniel Craig's final entry as James Bond, you can see a sleek supercar in the background. It's the Aston Martin Valhalla, a 937hp beast of a plug-in hybrid, and it's just sitting there, with nowhere to go. If you've seen a Bond film before, you can imagine it's holding a slew of killer gadgets (though hopefully not invisibility). Surely it would appear later in the film, perhaps just in time to save our hero before he sips a martini from a built-in fridge. But no—nobody drives the car throughout the film's 163-minute runtime. We never even see it in motion. (Though that's not stopping Rocket League from pitching it as a Bond vehicle.)

That undriven Chekhov's car makes one thing clear: No Time to Die, directed by Cary Joji-Fukunaga (True Detective, Beasts of No Nation), isn't your usual Bond movie. And as I watched the film, a momentous occasion after years of delays, I was struck by how few gadgets there were. Sure, Bond gets a cool watch, a classic bulletproof (and gun-equipped) Aston Martin and he rides in something called a gravity plane, but they come few and far in between. Instead, the film focuses on Bond's human drama: His inability to trust; his persistent death-wish; the danger he brings to others.

Craig's Bond was different from the beginning. In 2006's Casino Royale, he was a fledgling agent he hadn't yet earned his 00 status. He was gruff and dirty, more used to getting into Bourne-esque fights instead of wearing a tux. But the Bond writer's and producers could never quite settle on how they wanted to transform the character. 2008's Quantum of Solace was a disaster mired by the Hollywood writer's strike (not to mentioned completely incomprehensible action). Skyfall was a return to form, elevating the franchise with Roger Deakin's Oscar-nominated cinematography. But the series hit a new low with 2015's Spectre, a boring and regressive film I haven't had the heart to revisit.

Strangely, even though No Time to Die is Craig's final entry, it never tries to one-up the set pieces of its predecessors. There's a thrilling motorcycle chase early on, which features an astounding practical jump up a flight of stairs, a balletic shoot-out in Cuba, and a few smaller sequences later on. But the film cares less about spectacle than it does setting a mood. That may make it a divisive entry for some, but as someone fascinated by emotional action movies, like Michael Mann's much-maligned Miami Vice reboot, I found it endlessly compelling. (It helps that No Time to Die, like Casino Royale before it, actually makes you care about Bond and everyone in his orbit.)

When I chatted with No Time to Die's VFX supervisor, Charlie Noble, he had a hard time pointing to a specific whiz-bang set-piece. Unlike Tom Cruise's latest Mission Impossible movies, this Bond outing isn't built around a specific stunt or gadget. And after the emptiness of Spectre, I'm all for that. Noble says he's more concerned with subtle VFX work, like adding additional cars to the background of a chase, or removing wires from a dangerous stunt. Sometimes the best visual effects are the ones you don't even notice.

There's something genuinely refreshing about No Time to Die's practically lo-fi approach to action, especially after living through more than a decade of the Marvel Cinematic Universe's often weightless CG. Even something that's genuinely high-tech in the film, like a series of magnets the villains use to jump down an elevator shaft, aren't dwelled upon. Instead, the focus is on what that action means (in this case, it's a group of baddies stealing a potentially world-ending nanovirus from a high-security research facility.)

Now don't get me wrong, I love a good Bond gadget or two. But for an aging franchise that seriously needs to reckon with its sexist and colonialist origins, I'm glad that No Time to Die decided to focus more on its characters. That includes Lashana Lynch's Nomi, who wastes no time taking up the 007 mantle when Bond disappears, as well as Paloma, a fresh spy recruit who joins for an action romp in Cuba.

Daniel Craig may no longer be Bond, but this is a fitting end for his tenure. And the toys aren't going anywhere—now anyone can use them.