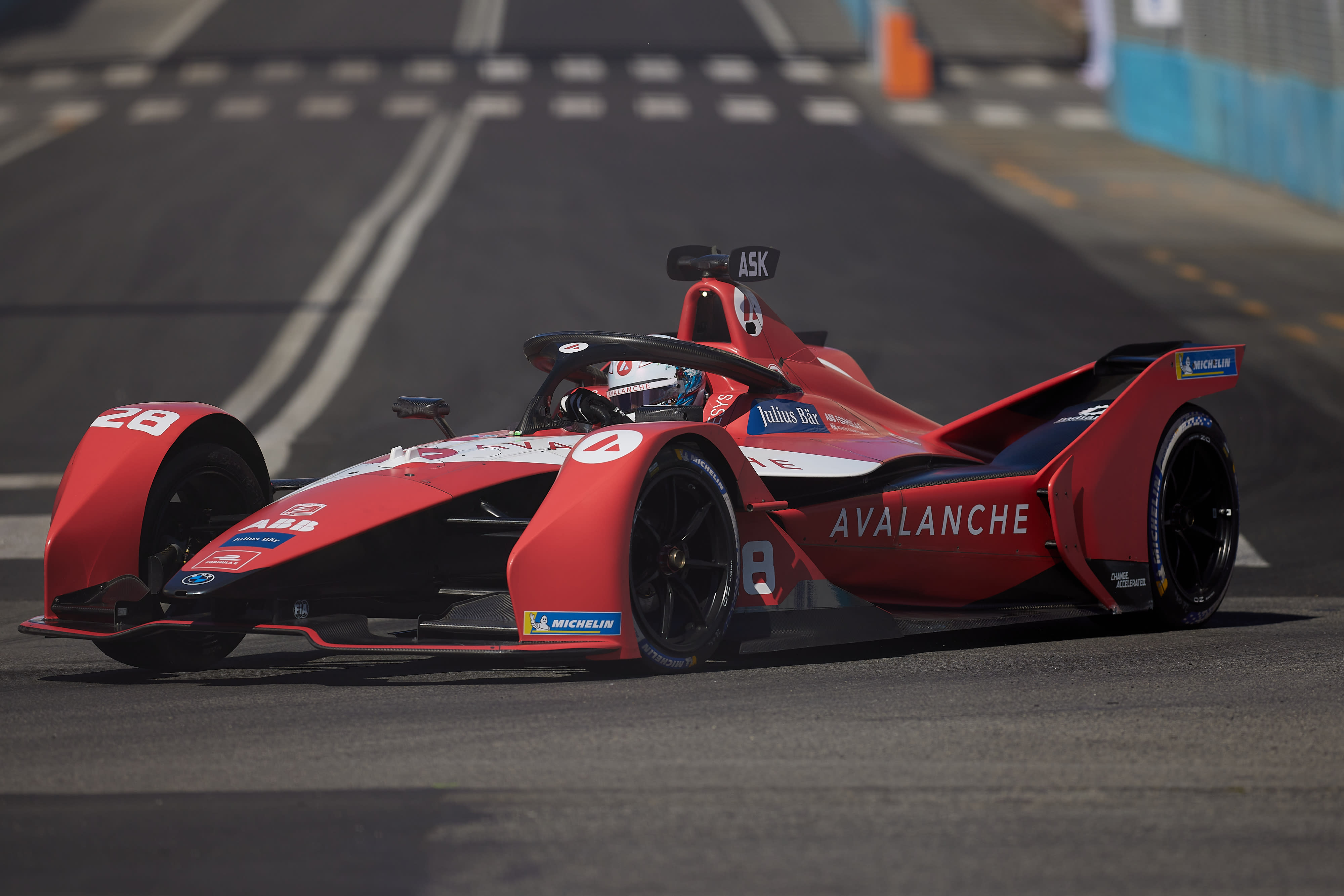 The American driver also discusses racing in Monaco and the Gen3 car.

As an all-electric racing series, Formula E presents a unique set of challenges for drivers. The hurdles include power management, when to enable attack mode and the constant effort not to overheat the tires. The day before the Monaco E-Prix, we stopped by the Avalanche Andretti Racing garage to chat with Formula E rookie Oliver Askew, the lone American driver in the series. Askew discusses the series’ challenges, racing in Monaco and the new Gen3 car.

Billy Steele: With this being your first year in Formula E, are there any specific challenges that are unique to this series? Are there things you didn't expect or aspects that have been more challenging?

Oliver Askew: Multiple things. We'll start with the tracks. They are very different from what I'm used to. I have raced street tracks from the Road to Indy and IndyCar, but there are different straight tracks, they're a lot more tight. Combine that with how I need to drive this car, which has very little grip. It's very heavy, no aero and we're on treaded tires. So that's been a bit of a challenge.

But it's a race car at the end of the day, and it has good power, good acceleration and it decelerates well. The window of operation is very small, so in the racing situation, with our energy, it's a completely different story.

Qualifying is one thing, but when we go to the race, it's all a big chess match. You are racing other guys and deciding when to deploy energy and when to save energy. Obviously, qualifying is very important. But if you're able to go fast, while saving energy at the same time, you can overtake guys. It's a very action-packed race day, usually, and you keep seeing guys come from the back to the front by preserving energy in the beginning and then deploying it at the end – and vice versa.

We rely a lot on our engineering. Our preparation in the simulator is massive, especially for me. I show up on the race weekend, and I get like six push laps if I'm lucky before qualifying, which is nothing from what I'm used to.

BS: What is your favorite aspect of Formula E?

OA: I'd like to say that the car suits me. I do like operating in that very small window – the fine margins – especially when we go to the street tracks. It's a game of inches. And though I'm still learning how to get the most out of it, my development is on a very steep road at the moment. And I think it'll continue to be that way until we get to where we want to be at the front.

The traveling aspect I really, really enjoy. It can be tiring. But back in the States racing IndyCar the biggest trip that I would take would be from Florida to Indianapolis, or from Florida to the west coast, which doesn't take much time at all. Traveling to Jakarta and then going back to the simulator in Munich, seeing countries that I wouldn't have the chance to see before this experience, is pretty cool.

BS: And not the opposite. What’s your least favorite?

Just kidding, we get along really well. I’d say the fact that we get virtually no practice.

BS: Most of your practice is in a simulator, right?

OA: Yeah, and at the end of the day, it’s very impressive what we're able to do there. But it’s still not the real thing.

BS: What are your thoughts on the circuit here in Monaco? It’s quite different from other tracks.

OA: There is a lot of elevation. I've never been to this city before, so I didn't realize how vertical it was. Like you're literally taking elevators across town just to get to where you want to go.

On the track, Monaco is pristine – like everything about it. It's the most gorgeous three track I've ever been to. Combine the harbor and the yachts with the glitz and glam and it's definitely a special place. And just to imagine are legends of sport, icons racing around here. I'll definitely take that in for the first couple laps and then get to work.

BS: Are there any specific challenges to the circuit?

OA: This is our most high speed circuit. To put that into perspective, this is one of Formula 1’s slowest. So yes, these cars are not as quick as the F1 course, but they're very difficult to drive – combined with a very high speed circuit. Take turn three, for example, the line is a very long left hander, and you're cresting the hill on approach. It's difficult to find the braking zone. You have to rely a lot on the car settings through there. And then you take the hairpin, the heavy braking out of the tunnel into turn 10. Like we spoke about before, the brakes in this car are vital to get right.

BS: With this weekend being the debut of Gen3, do you have any initial thoughts on the new car?

OA: Hopefully I get to drive it at some point! On paper, it seems very powerful and very fun to drive. I think the other drivers are in the same boat. It's impressive what they've been able to put into this car. And I think it's going to be a lot more enjoyable to drive than the Gen2.

BS: Is there one aspect that stands out more than the others in terms of the new technology on board?

OA: With four-wheel regeneration, we're able to put twice as much battery into the car throughout a race. We put back 40 percent into the battery of what we use energy-wise during a 45 minute race, which is pretty impressive. The brake zones are kind of going to condense with that extra front axle breaking. I don't know what that's going to do to the racing aspect of the series. It's probably going to make it a lot more difficult to overtake but the excitement is still gonna be there.