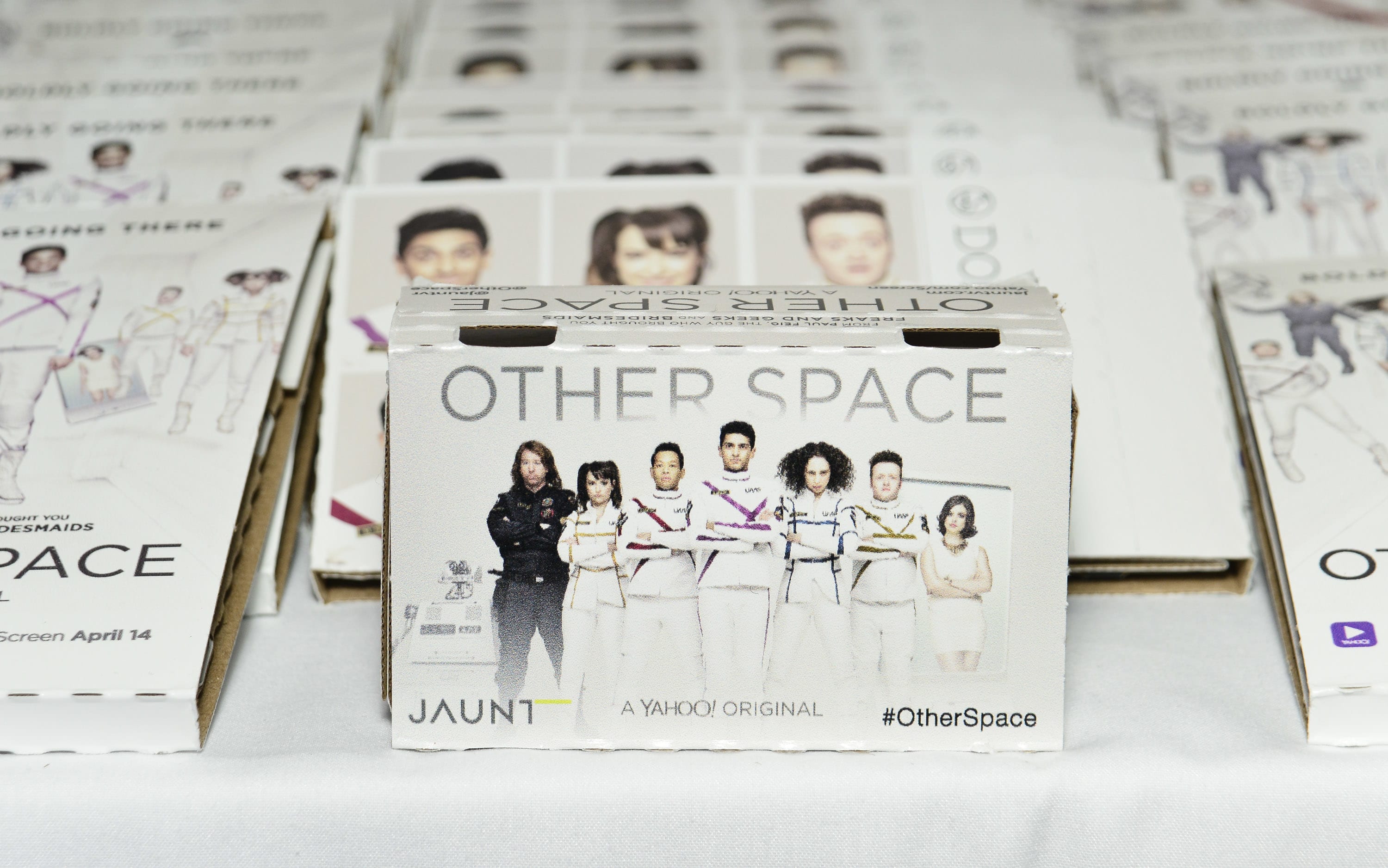 You can be entirely forgiven for not knowing that Paul Feig made a sci-fi sitcom starring a murderer’s row of comic talent. After all, Other Space debuted on Yahoo Screen* as part of the platform’s failed attempt to become the next Hulu. Now, the show is back thanks to Dust, a niche sci-fi streaming service that is streaming the show’s eight episodes for free on August 1st.

Other Space is set on board a past-its-prime mapping vessel crewed by a bunch of under-qualified twenty-somethings. Each one got their job by luck, accident, nepotism or unwise flirting, and are all wholly unsuited to dealing with the reality of space travel. On their first mission, the UMP Cruiser is knocked into a wormhole, dropping them off on the far side of the universe.

The show’s cast includes Milana Vayntrub (AT&T), Karan Soni (Deadpool), Eugene Cordero (The Good Place), and Neil Casey (Ghostbusters). Of course, the show is notable for reuniting MST3k stars Joel Hodgson and Trace Beaulieu as the ship’s engineer and, uh, “robot,” respectively.  Critical reviews at the time were kind, if not exuberant, even if comparisons with British sitcom Red Dwarf were misjudged.

It’ll appear on Dust from August 1st, both from Dust’s website and on the company’s Roku app, gratis.

I can’t wait for people to be able to watch @OtherSpace again. I am so proud of it. Such an amazing group of talent involved with this. We’d love to do more seasons! 🤞🤞🤞 Thank you to @watchdust for putting us back into orbit! 🚀🛸🙏 https://t.co/0hendbilRM

Yahoo Screen was a great idea on paper, pulling together a series of shows designed to find a cult audience and hope they stick around. Unfortunately, much like NBC’s SeeSo, the idea of a comedy-first streaming outlet didn’t seem to get enough users excited to justify its existence. And Yahoo had spent big to bankroll some glossy sitcoms, as well as acquiring the sixth and final season of Community.

In 2015, a Variety article explained that Yahoo’s gambit was to drive viewers to its TV platform and court big budget advertisers. But Yahoo wasn’t known for being a TV destination, and would have needed to spend the sort of cash Netflix throws around on both content and advertising to be a success. At the same time, the digital ad industry was being strangled, cutting off the cash supply Yahoo was hoping to tap. In the end, Yahoo was forced to write down $42 million on the venture, and left shows like Other Space unable to find an audience.

*Yahoo Screen was part of Yahoo, which was folded into Engadget’s parent company and subsequently rebranded as Verizon Media.

In this article: Yahoo Screen, Paul Feig, Other Space, Sitcom, news, entertainment
All products recommended by Engadget are selected by our editorial team, independent of our parent company. Some of our stories include affiliate links. If you buy something through one of these links, we may earn an affiliate commission.