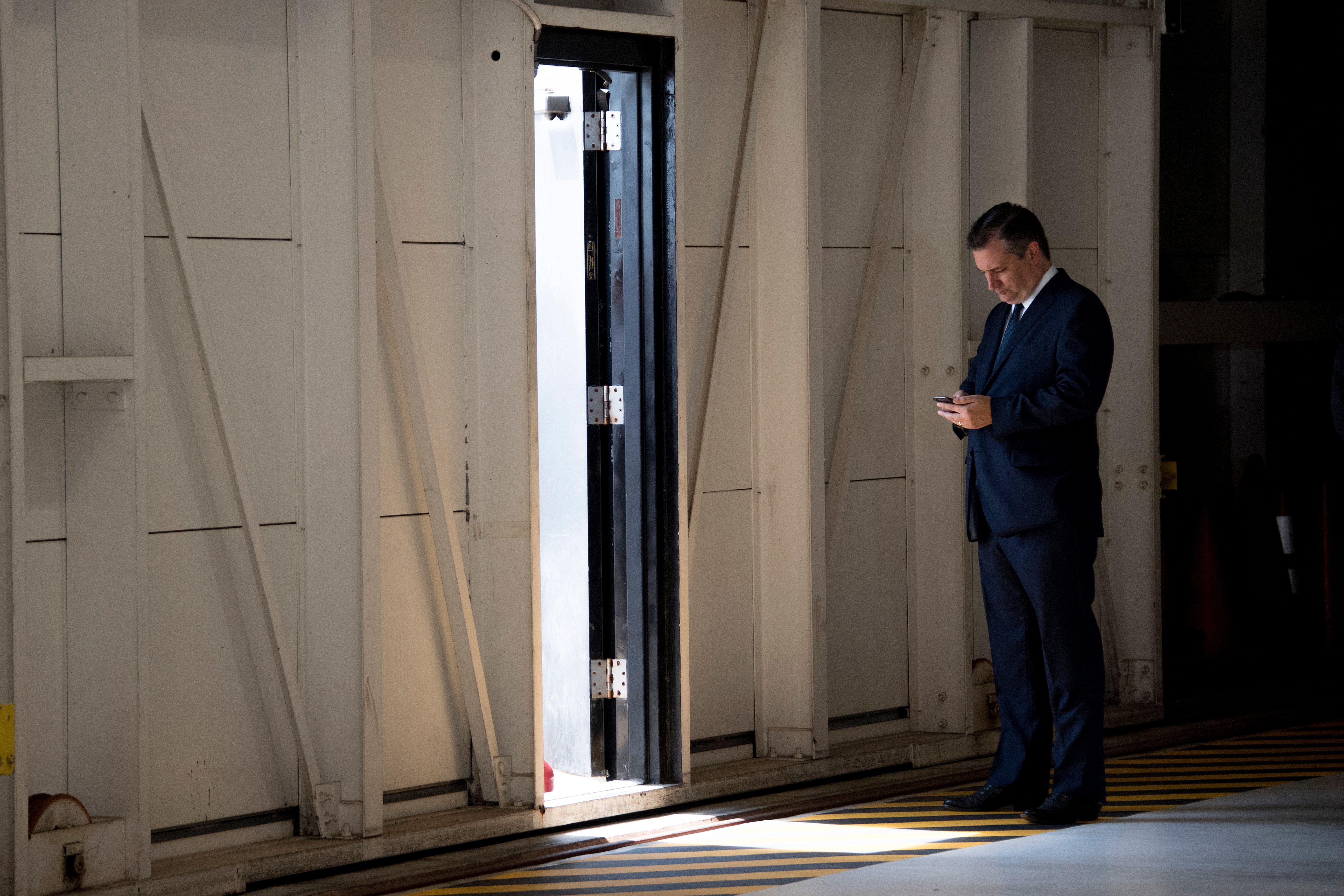 Twitter conservatives, long frustrated by the site’s supposed “anti-conservative bias” have a new platform of choice: Parler. The app, which bills itself as the “free speech social network,” has become a kind of social media haven for the right in recent weeks, thanks to high-profile endorsements from Republican lawmakers and other influential conservatives.

The app was launched in 2018, but has spiked in popularity after Ted Cruz and others tweeted they were joining the app. California Rep.Devin Nunes also declared his support for Parler soon after a court ruled the congressman couldn’t sue Twitter over a parody cow account that mocked him.

I’m proud to join @parler_app -- a platform gets what free speech is all about -- and I’m excited to be a part of it. Let’s speak. Let’s speak freely. And let’s end the Silicon Valley censorship. Follow me there @tedcruz! pic.twitter.com/pzUFvhipBZ

The app has been downloaded more than 870,000 times in the last two weeks according to data from analytics firm Sensor Tower. That’s close to half of the app’s total installs — 1.8 million, according to Sensor Tower — since it launched in 2018. This week, Parler has ranked among the top apps in the App Store and Google Play.

At the same time, many of the app’s new users have reportedly found the “free speech social network” to be less welcoming than one might expect of a social network premised on free speech. Twitter users, many of whom may have joined the app to troll Parler’s conservative users — have since said they were banned.

IS THIS MYSPACE? NO ONE IS RESPONDING TO MY TWEETS!!! IS EVERYONE AT PARLER ???

The Nunes antagonist behind the infamous @DevinCow Twitter account, reported being banned from Parler shortly after joining (thought they seem to be taking the ban in stride.) There are numerous other accounts of bans, though circumstances around them aren’t clear.

Still, the complaints have been widespread enough that the app’s CEO, John Matze, has addressed them. In a post on Parler, he said there are “very few basic rules we need to follow on Parler.”

He went on to specify that users should not post photos of pornography or fecal matter and that usernames shouldn’t be “obscene.”

“We will not allow you to spam other people trying to speak, with unrelated comments like ‘Fuck you’ in every comment,” he wrote. “If ever in doubt, ask yourself if you would say it on the streets of New York or national television.”

But read the app’s rules carefully, and it seems there are more gray areas that could get a user banned. A few examples from the app’s community guidelines:

Additionally, the app’s terms of service states the app can remove posts or ban users for any reason at all — even if they’re following the rules. It also has a questionable clause that states users can be liable for the company’s legal fees should they be sued as the result of a post.

Parler didn’t respond to a request for comment on its policies.

However, Matze has said he would like more liberal users to join the app. He told CNBC he planned to offer a “progressive bounty” that would pay $20,000 if “an openly liberal pundit with 50,000 followers on Twitter or Facebook” joined Parler. It’s unclear if anyone has taken him up on the offer.

In this article: Parler, twitter, Social media, free speech, Ted Cruz, Devin Nunes, internet, news, gear
All products recommended by Engadget are selected by our editorial team, independent of our parent company. Some of our stories include affiliate links. If you buy something through one of these links, we may earn an affiliate commission.