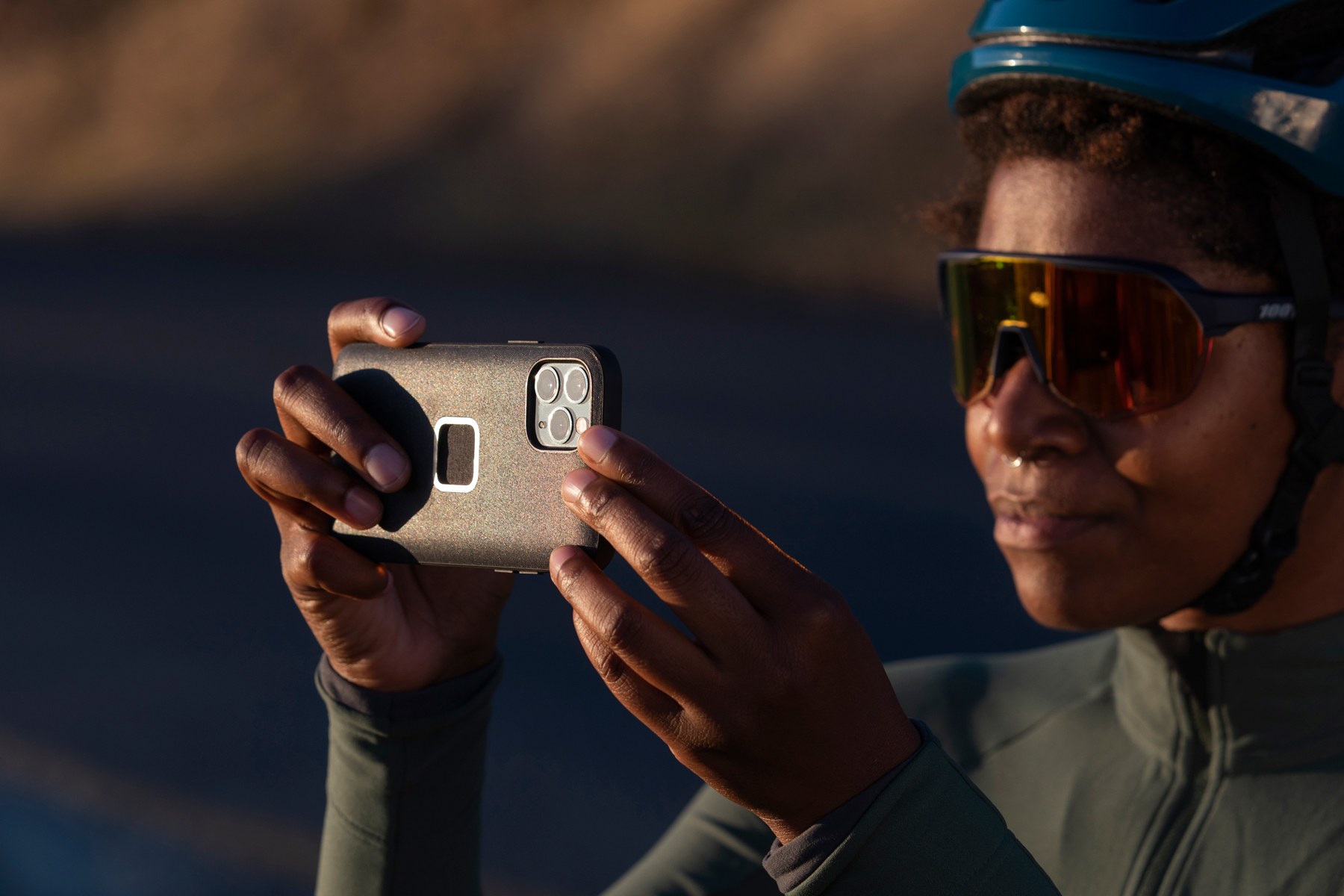 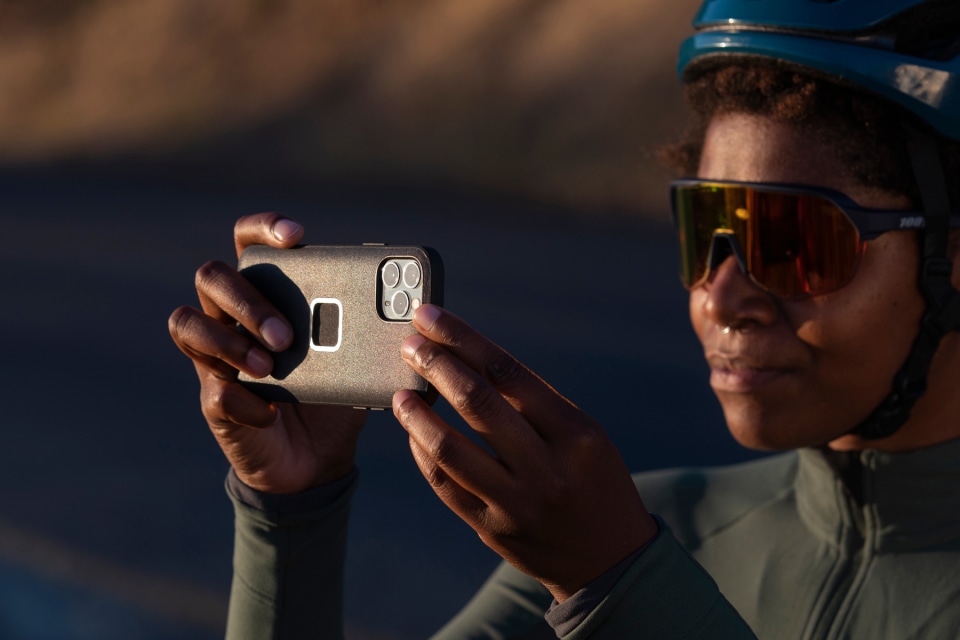 Peak Design is moving into the smartphone accessory market. The company, best known for its popular Everyday camera bags, has unveiled a mobile-focused system called Mobile. It starts with SlimLink, a square mounting plate that relies on magnets and a ceramic insert. Peak Design has made an Everyday Case for the iPhone 11, iPhone 12 and Samsung Galaxy S20 that has a SlimLink built right in. If you own a different phone, you’ll need to use a Universal Adapter — a SlimLink with some adhesive on the back — with your phone or existing case. Peak Design also plans to support more smartphone models with Everyday Cases in the future.

With a SlimLink installed, your handset can quickly attack to a number of Mobile-branded accessories. These include a tiny tripod, a wallet that doubles as a kickstand, and a mixture of wall, car, bicycle, motorbike and mounts. Some rely purely on magnets, while others, such as the bicycle mount, use tiny plastic teeth for an extra-secure attachment. Peak Design has developed a couple of wireless chargers, too — one for the car and one for your home or office — that work in tandem with the Everyday Case and Universal Adapter. SlimLink should also work with a number of third-party wireless chargers, but the company hasn’t revealed which ones.

I know what you’re thinking: didn’t Apple just announce its own magnetic attachment system? Yes, and at first glance the timing seems unfortunate. According to Peak Design, however, Mobile will be cross-compatible with Apple’s new MagSafe standard. A spokesperson said the company’s “goal” was to make all of its “soft-locking” mounts and accessories — the ones that rely solely on magnets — compatible with MagSafe phones and cases. Peak Design also wants the Everyday Case to play nice with MagSafe chargers. Finally, it aims to make MagSafe accessories, such as Apple’s official card wallet, work with “a Peak Design case,” the spokesperson said.

“Peak Design views the launch of MagSafe as a fortunate turn of events,” the company said in a statement. “Given Peak Design has spent four years developing products that connect your phone to your life, they now have the opportunity to integrate it with a standard that will exist for years to come.”

I’ve spent the last few days using a smattering of pre-production samples. I use a OnePlus 8 at the moment, so had to stick the Universal Adapter to the back of my Sandstone Bumper Case. Peak Design says you should attach the SlimLink to the absolute center of the case, but I couldn’t do this without covering up my phone’s rear flash. (Most flagships now have their camera module positioned in the top left-hand corner, however.) Thankfully, a slightly lowered position didn’t affect the strength or stability of the locking mechanism. The Adapter is just a few millimetres thick, but stands out visually against my OnePlus case. If you have the option of using Peak Design’s all-in-one case, it’s definitely the better option.

The attachment accessories, meanwhile, seem incredibly well made. The aluminium tripod has three deployable legs and a ball head that holds its position perfectly. The square-shaped magnet array means the phone can easily attach in landscape or portrait orientation, giving you more shooting options and an easy way to watch Netflix videos hands-free. I’ve been most impressed by the ‘out-front’ bike mount, though. As the name implies, the single clamp extends out in front of your handlebars, keeping the stem free for a traditional bike computer. You can arm also flip the arm 180-degrees and reattach the mounting plate so it extends toward the cyclist instead.

Peak Design is launching its Mobile lineup on Kickstarter. The company took a similar approach with its Everyday bags and lightweight Travel Tripod. A crowdfunding campaign comes with the usual ‘it may never materialize’ caveat, but Peak Design has proven to be a reliable manufacturer over the years. The company has also promised that its new smartphone accessory system will be available to order through its website and various third-party retailers starting next spring. The MagSafe ecosystem may have expanded by then and extinguished some of the range’s appeal for iPhone 12 owners. Still, the broad compatibility should appeal to the Android community and anyone with a slightly older iPhone. 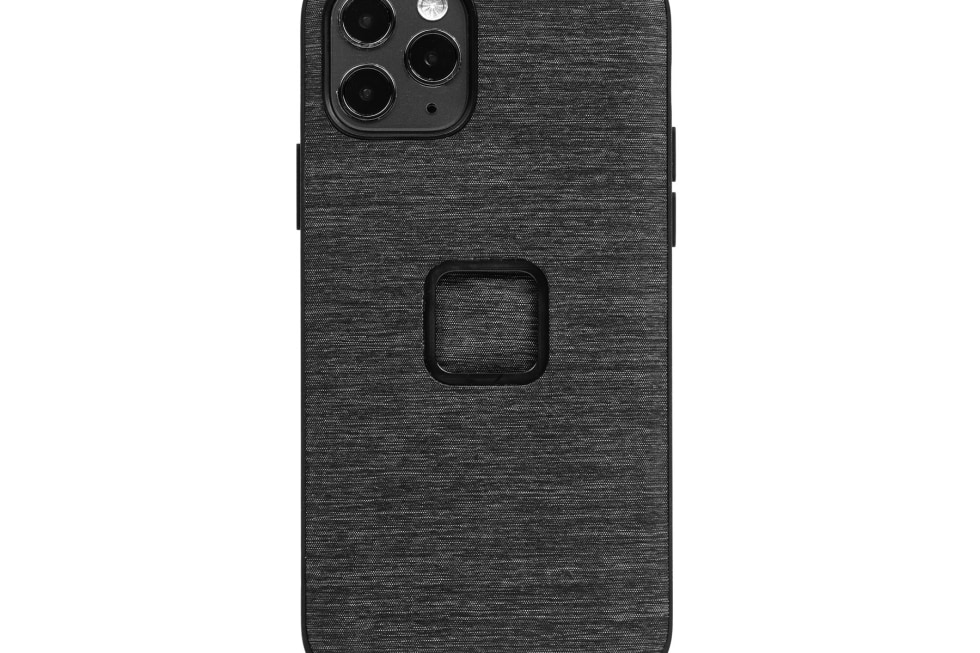 27
In this article: peak design, tripod, Bicycle, cycling, phone case, Cases, news, gear
All products recommended by Engadget are selected by our editorial team, independent of our parent company. Some of our stories include affiliate links. If you buy something through one of these links, we may earn an affiliate commission.