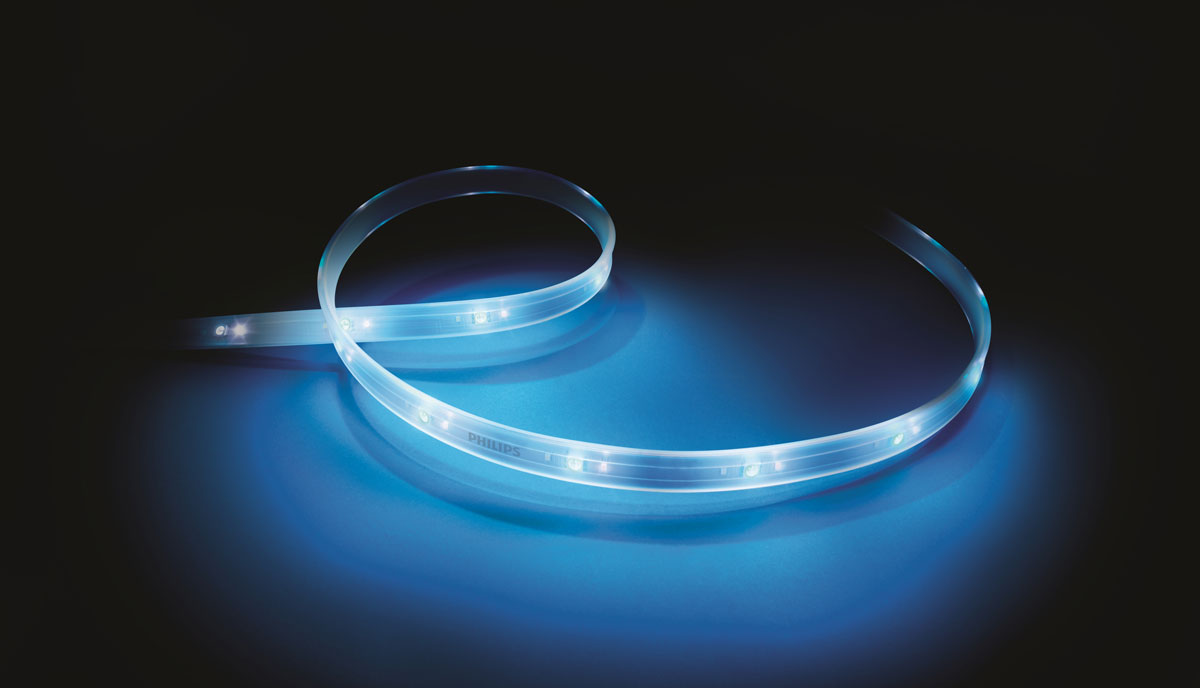 It looks like Philips is working on some new offerings for its Hue range. German website HueBlog has obtained some leaked images and specs that show the forthcoming Lightstrip Plus in detail, plus an update to the Hue Bloom that’ll give it some extra versatility.

First up, the Lightstrip Plus. The OG model has been kicking around since 2013 and has seen a couple of revisions since, but the forthcoming system is good news for Hue fans that are about flexibility. The key takeaway here is that strips will no longer be connected to the controller, meaning third party manufacturers could have the opportunity to produce corresponding intermediate pieces. It also looks like Philips is introducing a connector tool, which will let you reconnect cut pieces for maximum customization. As HueBlog notes, however, you’ll need the most up-to-date generation of Lightstrip to take advantage of this.

Over on the Bloom, meanwhile, a forthcoming refresh will mean the device will largely look the same from the outside, but will now tout a bunch of technical changes under the hood. The previous model came with a maximum brightness of 120 lumens — this has been bumped up to 500 (just shy of the second generation’s Hue Go and its 520 lumens). And, finally, the Bloom is getting Bluetooth support. This will open it up to lighting newbies that perhaps don’t want to get bogged down in bridges (yet) and prefer to control their lighting with their phone instead.

No word yet on when either product will be launched, nor what their prices will be, but it’s been a while since Philips gave either device any kind of meaningful refresh so expect them sooner rather than later.

In this article: Philips, Hue, Lightstrip, Bloom, mood, app, Bluetooth, update, news, gear
All products recommended by Engadget are selected by our editorial team, independent of our parent company. Some of our stories include affiliate links. If you buy something through one of these links, we may earn an affiliate commission.