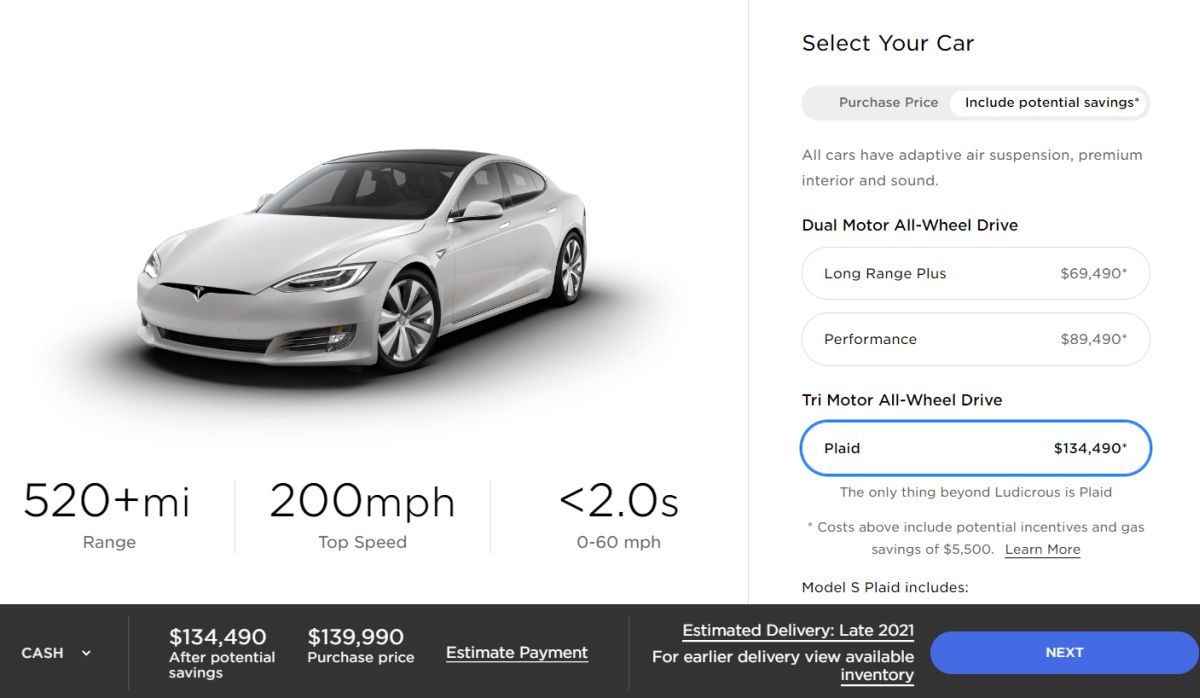 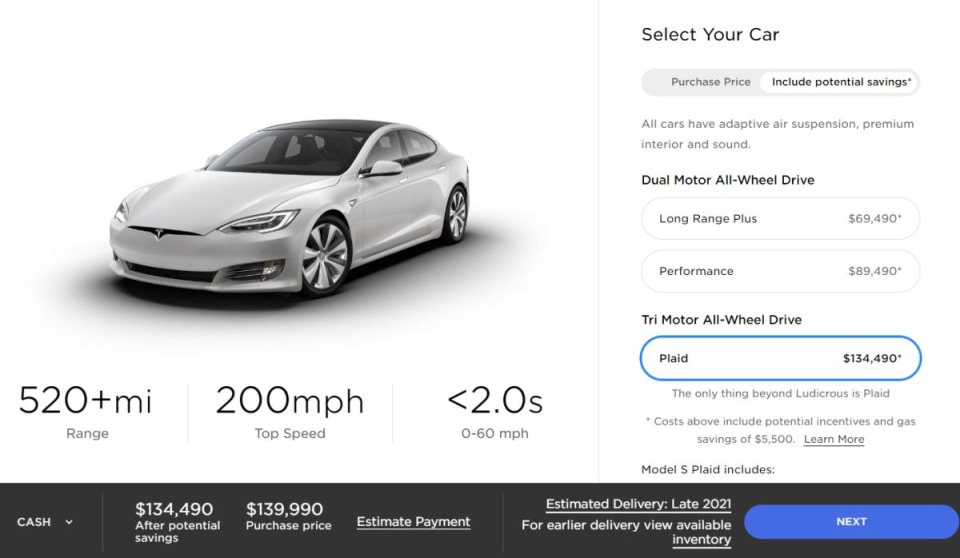 To cap off the Battery Day unveiling, Tesla CEO Elon Musk showed video of the long-hinted-at Plaid version of a Model S sedan. Back in 2019 Tesla showed video of a triple-motor equipped Plaid prototype lapping Laguna Seca in 1:36, and according to Musk, on Sunday it dropped the time to 1:30.3. Following his usual confidence, the exec said that the time could drop by another three seconds, and break the record for fastest production vehicle of any type.

The only thing beyond Ludicrous is Plaid

This pumped up version of the Model S sedan will be available in late 2021. As far as specs, Tesla promised 1,100 horsepower, sub-two-second 0-60 MPH time, and a 200MPH top speed. As far as range, according to the video the Plaid model can go 520 miles or more between charges. Pre-orders are available now on the Tesla website, as seen above, with a price starting at $139,000 before applying potential savings. That puts its price easily $50,000 higher than the Performance trim with its “Ludicrous” sprint mode, and should include plenty of changes to justify the cost.

In this article: EV, Battery Day, Model S, Tesla, Plaid, news, gear
All products recommended by Engadget are selected by our editorial team, independent of our parent company. Some of our stories include affiliate links. If you buy something through one of these links, we may earn an affiliate commission.