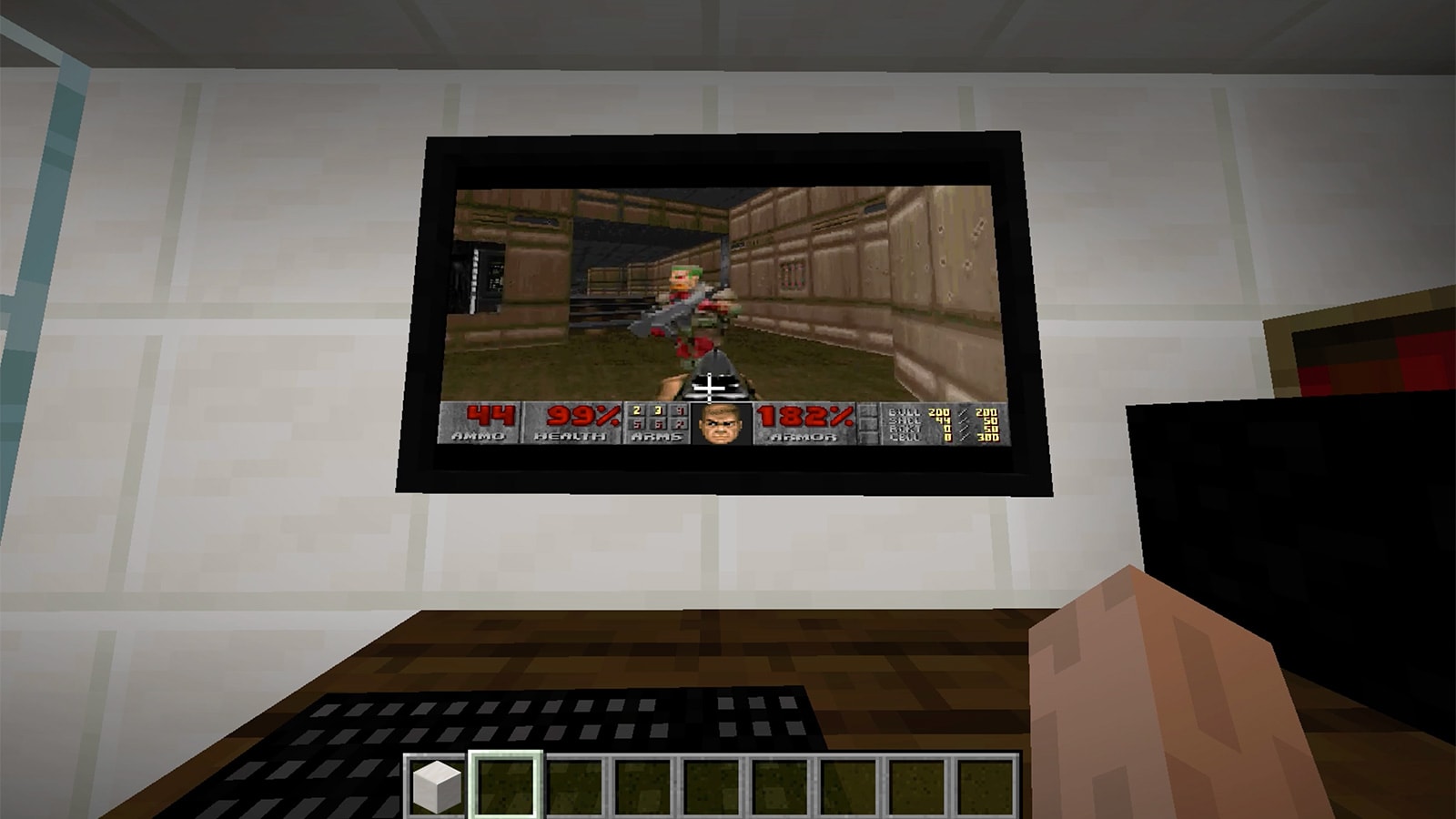 The quest to make devices play Doom has extended to gadgets inside other games. Reddit user uDrunkMate has succeeded (via The Verge) in playing Doom inside Minecraft thanks to a recently developed mod, VM Computers, that can run Windows 95 inside Mojang’s creative title. You need to order virtual computer parts and place an ISO into the right Minecraft subfolder, but it works. It’s even possible to play decently, although you probably wouldn’t want to to try a high difficulty level.

There are some compromises apart from having to play on a screen within a screen. It’s not going to have the frame rate you’d expect, and mods for Doom itself might be impractical. You can also forget about playing Minecraft inside Minecraft in the near future. Even running Windows XP or Ubuntu Linux is “laggy,” according to uDrunkMate, let alone a game meant for reasonably modern computers.

Still, this is a testament to the flexibility of Minecraft mods. It also shows just how powerful computers have become — a first-person shooter that required the full attention of a PC in 1993 now only needs a fraction of the resources.

In this article: DOOM, Minecraft, Windows 95, virtual PC, virtual machine, VM, games, video games, Software, news, gaming
All products recommended by Engadget are selected by our editorial team, independent of our parent company. Some of our stories include affiliate links. If you buy something through one of these links, we may earn an affiliate commission.