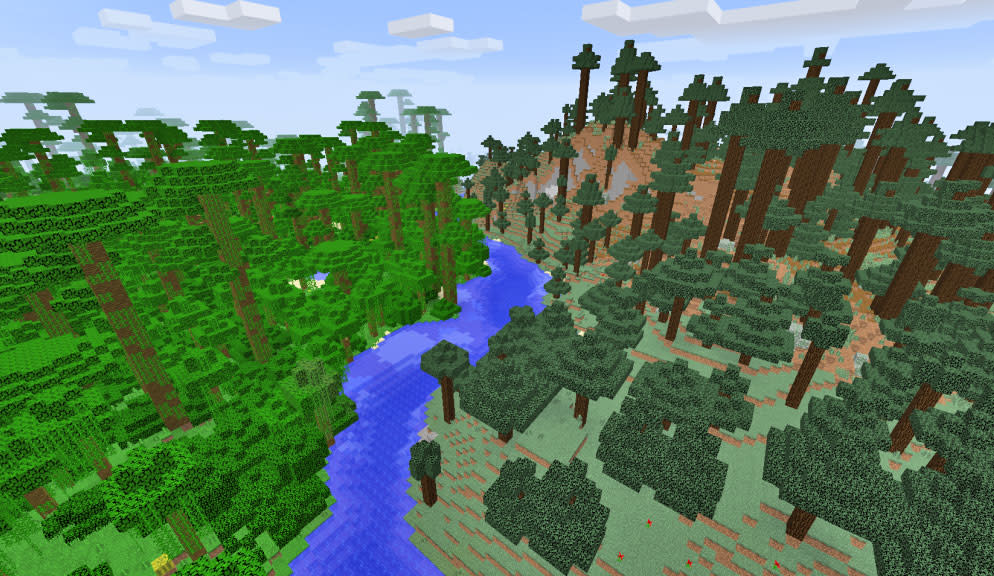 A Minecraft modder has added some fresh gameplay issues for players to deal with in the form of climate change. Nick Porillo's GlobalWarming mod alters the atmosphere based on certain actions like smelting ores. Temperatures will rise as carbon emissions increase, leading to violent storms, forest fires and a drop in snowfall levels as climate change takes hold.

You can combat the changes in the atmosphere by planting trees to absorb carbon dioxide. To combat the issue on a larger scale, you can purchase carbon offsets, which gives other players a tree-planting bounty to complete -- that reflects one of the mod's themes of working together to fight climate change.

"If the majority of players don't agree to be near-carbon-neutral in how they play, then the carbon score will only continue to rise in-game. Once the damage negatively impacts the players, they will begin paying back that 'debt' they accrued," Porillo told Motherboard. "The idea is if the players put a little more effort in from the start to not emit a ton, then they can entirely avoid the price to be paid later."

He plans to add more features, such as a scorecard that lets you see who the least carbon-neutral players are, finding out your own carbon footprint and adding methane as a second greenhouse gas. The mod works with Minecraft's Server Java Edition and you can download it from GitHub.

In this article: av, carbonneutral, climatechange, gaming, globalwarming, greenhousegases, minecraft, mod, treeplanting
All products recommended by Engadget are selected by our editorial team, independent of our parent company. Some of our stories include affiliate links. If you buy something through one of these links, we may earn an affiliate commission.