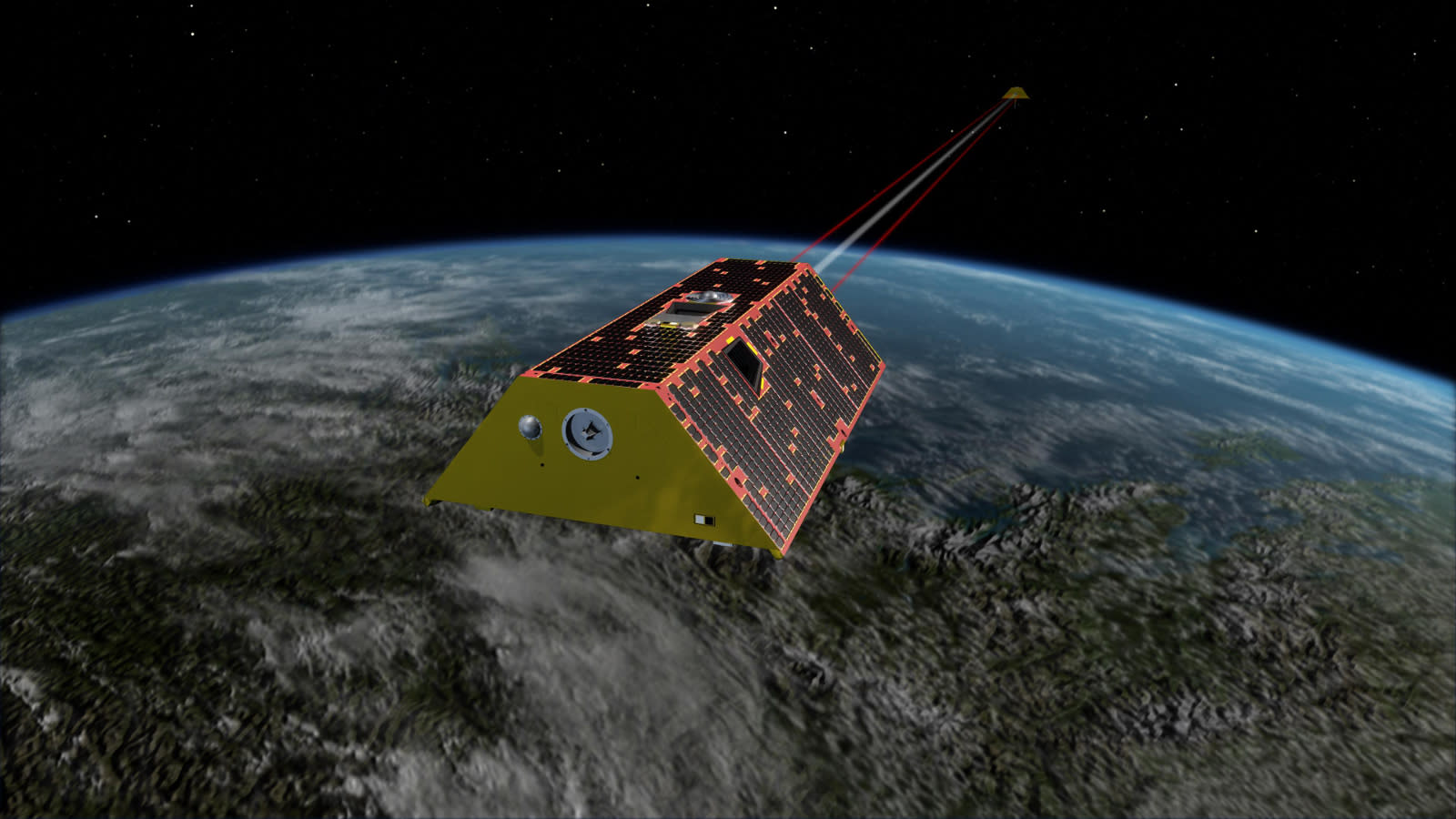 NASA's new climate-monitoring satellites, which SpaceX ferried to orbit in May, are almost ready to keep an eye on our planet's ice sheets, atmosphere and ocean levels. On June 13th, the twin Gravity Recovery and Climate Experiment Follow-On (GRACE-FO) satellites switched on their lasers in search of one another for the first time. Those lasers will keep the satellites connected to each other while they orbit the Earth, tracking the changes in distance between them brought about by variations in our planet's gravitational field. That data, in turn, will help scientists better understand and monitor the thinning of the ice sheets, rising sea levels and even the flow of magma underground.

The satellites' predecessors called GRACE used the same technique, but they were only equipped with a microwave ranging instrument. While the GRACE-FOs have a microwave ranging system, as well, they also flew with an experimental laser ranging interferometer (LRI) instrument onboard. This mission serves as the LRI's technology demonstration meant to prove that it can deliver significantly more accurate measurements.

NASA JPL's Kirk McKenzie said: "The LRI is a breakthrough for precision distance measurements in space. It's the first inter-spacecraft laser interferometer and the culmination of about a decade of NASA- and German-funded research and development." The fact that the satellites' lasers have to be pointed towards a coin-sized hole on each other over a distance of 137 miles while they orbit the Earth at 16,000 miles per hour makes the technology even more impressive.

According to NASA, the June 13th test proved that the spacecraft's LRI instruments are working as expected. They were able to link up on the first attempt and were even able to beam their first range data back to the ground team. Scientists will now spend the next few weeks to months fine-tuning the laser instruments and making sure they understand the data they beam back.

In this article: climate, ClimateChange, gear, germany, GRACE-FO, NASA, space
All products recommended by Engadget are selected by our editorial team, independent of our parent company. Some of our stories include affiliate links. If you buy something through one of these links, we may earn an affiliate commission.