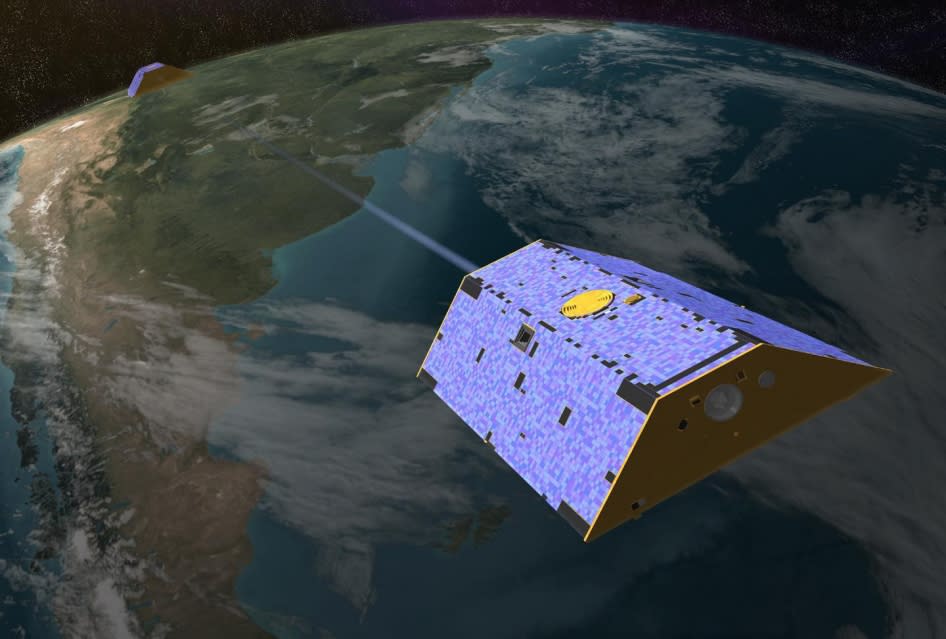 Cassini might have gotten a very emotional send-off at the close of its 20-year journey, but it's not the only long-term space mission being retired this season. Today, the joint NASA-German Gravity Recovery and Climate Experiment (GRACE) has ended operations after 15 years, three times longer than expected. Its mission: Precisely measure Earth's gravitational field from a pair of satellites.

Both satellites were needed for GRACE to perform its mission, so when yet another of GRACE-2's batteries failed and contact was lost in September, the writing seemed to be on the wall. The mission team worked heroically to bring it back online for one final data transmission, but it wasn't enough power to operate the scientific instruments onboard.

Without fuel, GRACE-2 will dip Earthward and reenter the atmosphere in mid-to-late November, with some burning up and other parts plummeting to the ground with minimal risk. The team will eke all the data they can from GRACE-1 to close out the mission before it, too, sinks into the atmosphere in early 2018.

"We look back with pride and gratitude on the GRACE mission" said Prof. Dr. Reinhard Hüttl, Scientific Executive Director and Chairman of the Board at the German Research Center for Geosciences (GFZ), in a statement. "During the 15 years of the mission operation, the satellite tandem has measured the gravity field of the Earth and its variations in a highly precise manner, which helps us, for example, to accurately document changes in groundwater storage or in glacial retreat. Furthermore, the resulting influence on sea level rise can be detected thanks to the GRACE measurements. The mission has, thus, substantially contributed to a better understanding of the system Earth."

But don't get too broken up over spilled satellites. The successor mission, aptly named GRACE Follow-On, will begin in early 2018 with a pair of replacements riding a Falcon 9 to take over for the old GRACE spacecrafts.

In this article: climate, germany, grace, jpl, nasa, satellite, space
All products recommended by Engadget are selected by our editorial team, independent of our parent company. Some of our stories include affiliate links. If you buy something through one of these links, we may earn an affiliate commission.