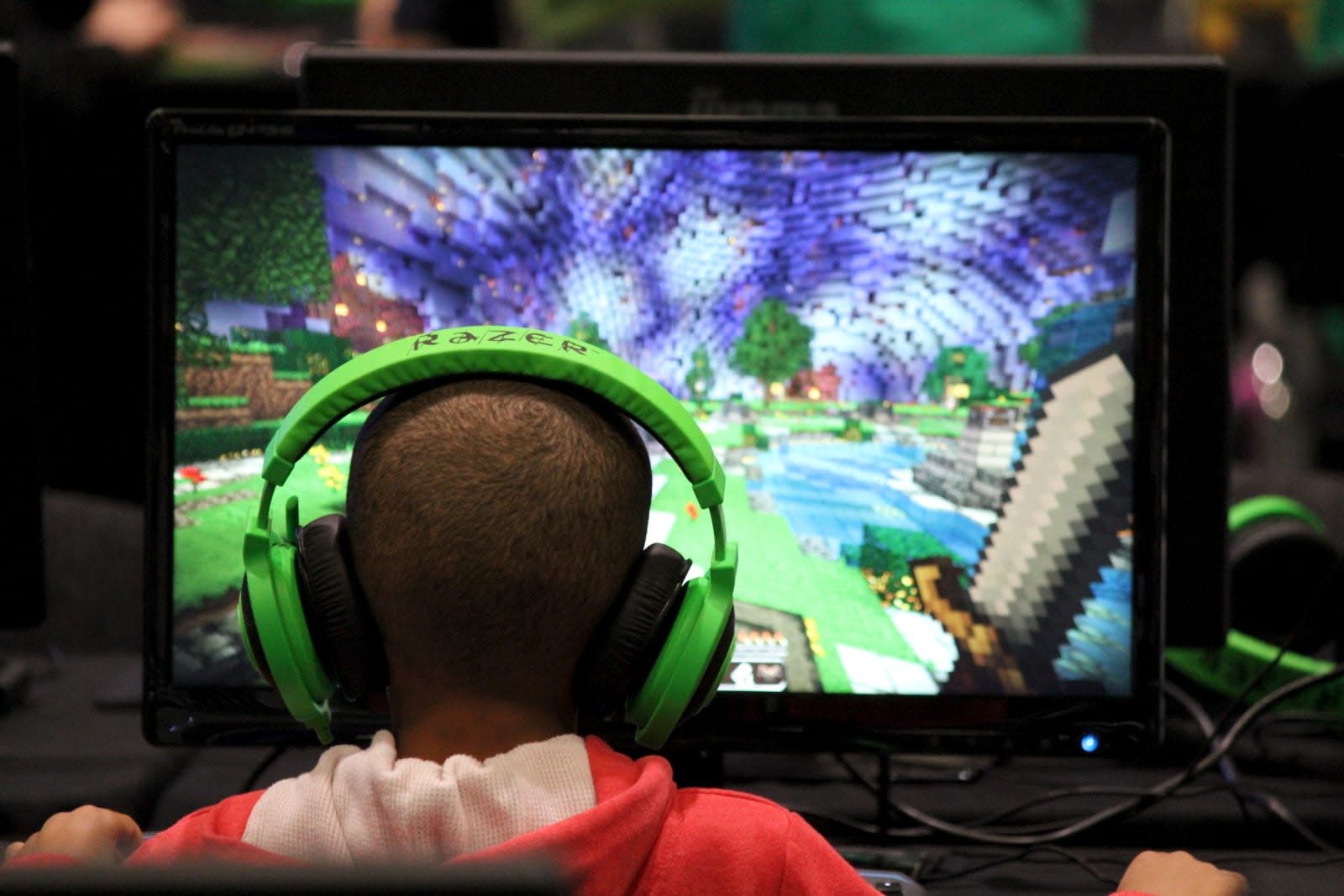 Announced at E3 last year, Minecraft's cross-play update is finally here to unite players on mobile, PC, Nintendo Switch and Xbox hardware. More than just proving to Sony that cross-platform multiplayer is safe and that it works, the "Bedrock" update also brings the Switch version up to par with other platforms.

Meaning, they'll have access to the Minecraft Marketplace so they can buy skins, texture packs and community creations. When other platforms got this update last fall, the Minecraft team announced it'd arrive for the Switch by the holiday season. Then, this May, it was announced the patch would arrive June 21st (today!).

The update is free for existing owners, and $30 for everyone else. It also includes a Super Mario mash-up pack and Phase One of Update Aquatic, according to a blog post. Oh, and the update will also enable Switch players to earn Gamerscore and achievements -- Xbox features that've been around since 2005 -- on the portable console/handheld hybrid.

Sony has found itself in an unenviable position coming out of E3, angering hundreds of millions of Fortnite players by blocking use of existing Epic Games accounts if they'd been used to access the wildly popular free-to-play game on PlayStation 4.

It sucked the wind of out a lot of people's excitement that Fortnite was available on Switch last week with native voice chat support. "We're always open to hearing what the PlayStation community is interested in to enhance their gaming experience." was Sony's canned non-response at the time.

Microsoft and Nintendo, meanwhile, have teamed up for the Bedrock update's announcement trailer to twist the cross-platform knife. Now to wait and see how long Sony endures the beating it's taking online before it relents and allows all platforms to play together.

In this article: av, bedrock, gaming, internet, microsoft, minecraft, nintendo, patch, playstation, playstation4, sony, update, xbox, xboxone
All products recommended by Engadget are selected by our editorial team, independent of our parent company. Some of our stories include affiliate links. If you buy something through one of these links, we may earn an affiliate commission.