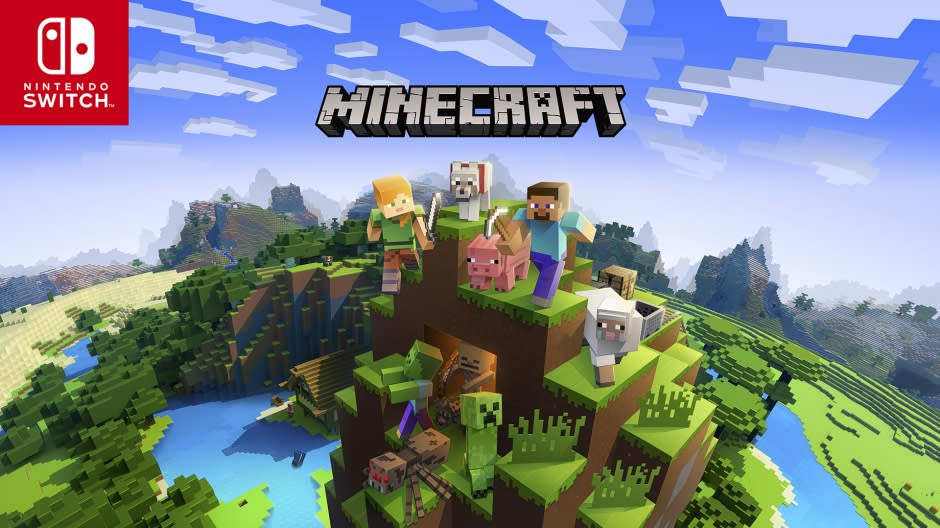 Minecraft players on Nintendo Switch will soon build massive forts and slay monsters with more of their friends. The sandbox phenomenon will get cross-platform support when the Bedrock update arrives on the console June 21 -- gamers can play with their buddies across Switch, Xbox One, PC, mobile and VR.

The update brings the Switch version on par with those other platforms. It gives players access to the Minecraft Marketplace, now letting them buy skins, texture packs and maps created by the community. Minecraft will also support achievements and Gamerscore on Switch. The updated game will cost $30, the same as the current edition, and those who already own Minecraft can upgrade for free.

It's another step towards unifying Minecraft players across various platforms, but PS4 players can't join the party just yet -- Sony is still reluctant to allow cross-platform play with Xbox One. There are other outliers, notably Xbox 360, PS3 and Vita. The Minecraft team will release only one more update for previous-generation consoles, so they definitely won't get cross-platform access.

In this article: bedrock, gadgetry, gadgets, gaming, microsoft, minecraft, nintendo, nintendoswitch, switch
All products recommended by Engadget are selected by our editorial team, independent of our parent company. Some of our stories include affiliate links. If you buy something through one of these links, we may earn an affiliate commission.