Spin will test scooters with remote parking capabilities this spring 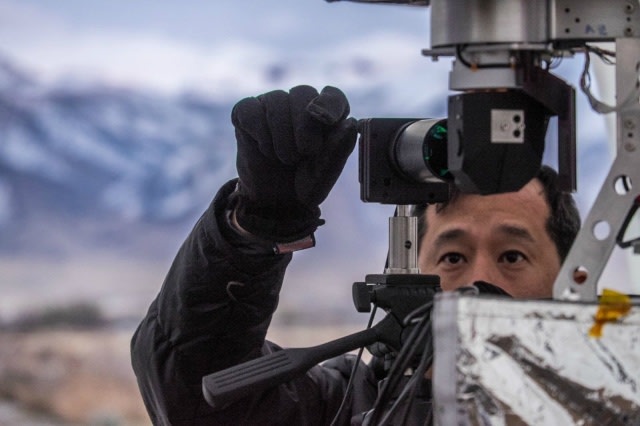 It’s been a while since we’ve heard about Alphabet’s Free Space Optical Communications (FSOC) project. If you’ve forgotten all about it, we don’t blame you: the acronym doesn’t stick in the mind quite like Google Fiber or Project Loon. To solve the problem, Alphabet’s ‘X’ division has renamed the initiative Project Taara. (I like it, though Project Tidal already starts with the letter ’T.’ If both moonshots ’graduate’ and become fully-fledged companies, one will have to rebrand or ruin Alphabet’s otherwise immaculate naming scheme.) It suggests that Google’s parent company now sees the technology, which uses laser-beaming boxes to deliver connectivity, as something that can eventually become a real business.

In a blog post, Taara general manager Mahesh Krishnaswamy announced that the team is formally working with telecoms giant Econet in Africa. It’s not clear, however, if any money is changing hands. Initially, Taara’s hardware will support Econet subsidiary Liquid Telecom in Kenya. It’s an obvious move given that the moonshot has already trialed its technology in the country, which followed pilots in Andhra Pradesh, a state in India.

Taara started as a solution for Project Loon. The moonshot sibling, which uses balloons to deliver internet to rural areas, was looking at ways to share data between its wind-riding vessels. The team successfully used FSOC to send a copy of Real Genius between balloons that were more than 100KM apart. That then sparked a conversation about the technology’s use on the ground. FSOC is compelling because it uses light, just like fiber optic cables, but doesn’t require any trenches or poles. In theory, that makes it cheaper, faster and simpler to deploy, especially in areas that are surrounded by rivers, national parks or towns ravaged by conflict.

Taara does have some limitations, though. The terminals work best at distances up to 20KM and need an unobstructed ‘line of sight’ to work. That’s why the team typically sets them up on towers, poles, or rooftops. Bandwidth is also around 20 Gbps, which the team promises is enough for “thousands of people to be watching YouTube at the same time.” A great solution for smaller towns and villages, therefore, but maybe not entire cities, unless it’s being used in conjunction with traditional infrastructure.

In this article: Taara, FSOC, internet, broadband, Africa, Kenya, Google, Alphabet, news, tomorrow
All products recommended by Engadget are selected by our editorial team, independent of our parent company. Some of our stories include affiliate links. If you buy something through one of these links, we may earn an affiliate commission.