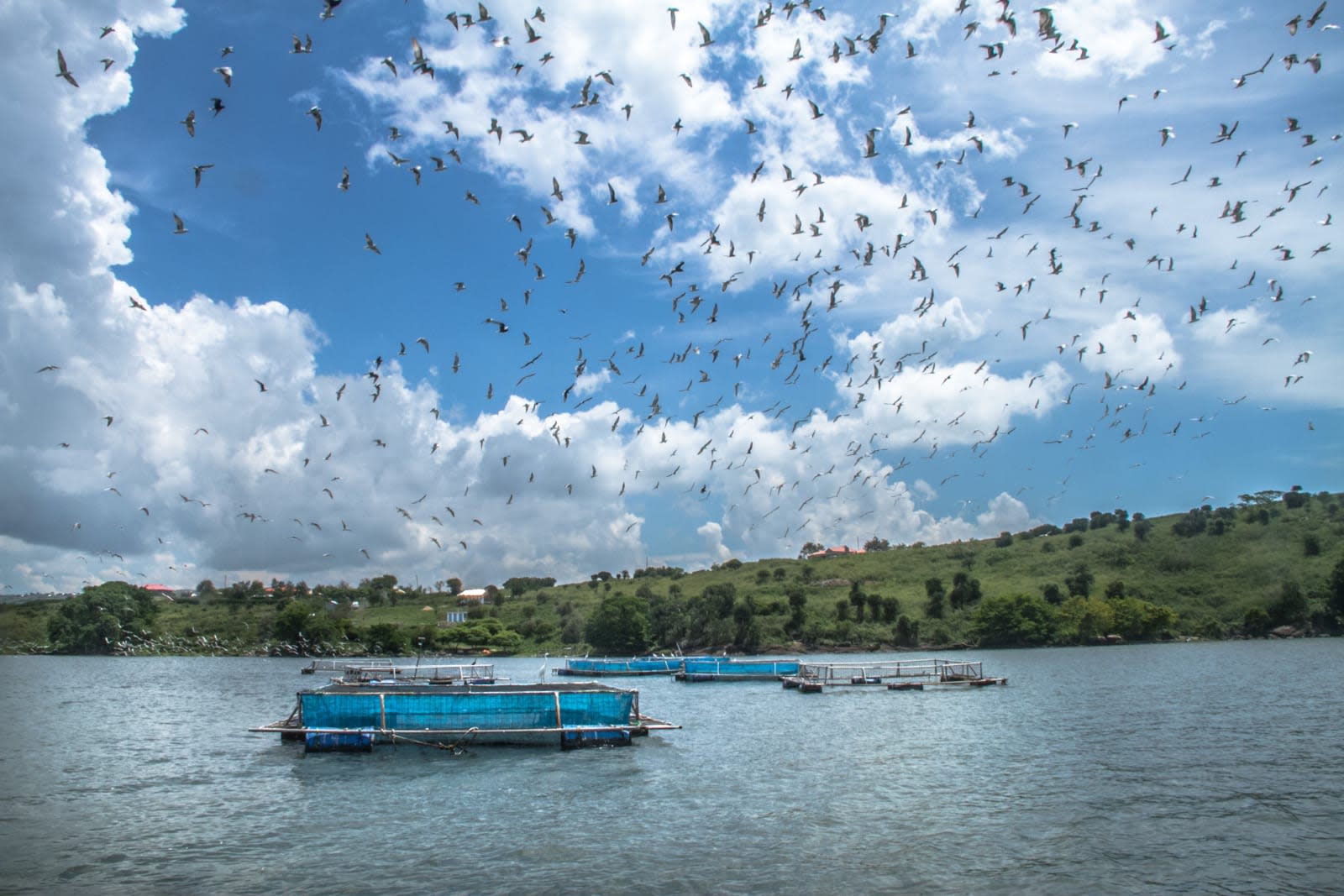 Alphabet's moonshot factory is turning its attention back toward the ocean. But whereas Project Foghorn looked to turn seawater into a carbon-neutral fuel, the newly-announced Tidal has a broader mission to protect the sea and its aquatic inhabitants. "This is a critical issue," Neil Davé, general manager for Tidal said in a blog post. "Humanity is pushing the ocean past its breaking point, but we can't protect what we don't understand." The team, which operates under the company's "X" lab for now, is starting with a camera system that can help fish farmers monitor and, hopefully, better understand every living creature inside their pens.

Why start here? Well, as Davé explains: "Fish have a low carbon footprint relative to other sources of animal protein and they play a critical role in feeding 3 billion people today, so helping fish farmers could prove critical both for humanity and for the health of the ocean." Tidal's solution is underwater cameras that, paired with some computer vision, are able to detect subtle and not-so-subtle fish behaviours like eating. That level of information, Davé explained, can help farmers make smarter and more environmentally-friendly decisions, "like how much food to put in the pens, which we hope can help reduce both costs and pollution."

According to the Financial Times, Tidal is working with farms based in Europe and Asia to track fish species including salmon and yellowtail. Otherwise, we know little about the company's testing and how close the technology is to being a polished and market-ready product.

In a blog post, Davé stressed that fish famers is "just one area" that the team is focused on. "As we validate our technology and learn more about the ocean environment, we plan to apply what we've learned to other fields and problems, with the help of ocean health experts and other organizations eager to find new solutions to protect and preserve this precious resource," he said. Tidal is the third X project that we know is still in active development, after The Everyday Robotic Project, a push to create machines that can operate autonomously in" unstructured human environments," and FSOC, a system that uses light to transmit data.

Many X projects including Waymo (self-driving cars), Wing (delivery drones), Loon, (internet balloons) and Verily (health) have become standalone Alphabet subsidiaries. Chronicle (cybersecurity) followed this path too, but was eventually folded back into Google, and X graduate Makani (energy kites) has effectively been abandoned. The moonshot factory has also produced a few spin-outs such as Dandelion (geothermal heating) and Malta (salt-based energy storage). No doubt the Alphabet division is working on other highly-experimental ways to save the planet or change the world with a combination of science and technology.

In this article: AI, alphabet, artificial intelligence, fish, fish farming, fishing, food and drink, food-and-drink, foodanddrink, google, moonshot, ocean, tidal, tomorrow, water, x
All products recommended by Engadget are selected by our editorial team, independent of our parent company. Some of our stories include affiliate links. If you buy something through one of these links, we may earn an affiliate commission.