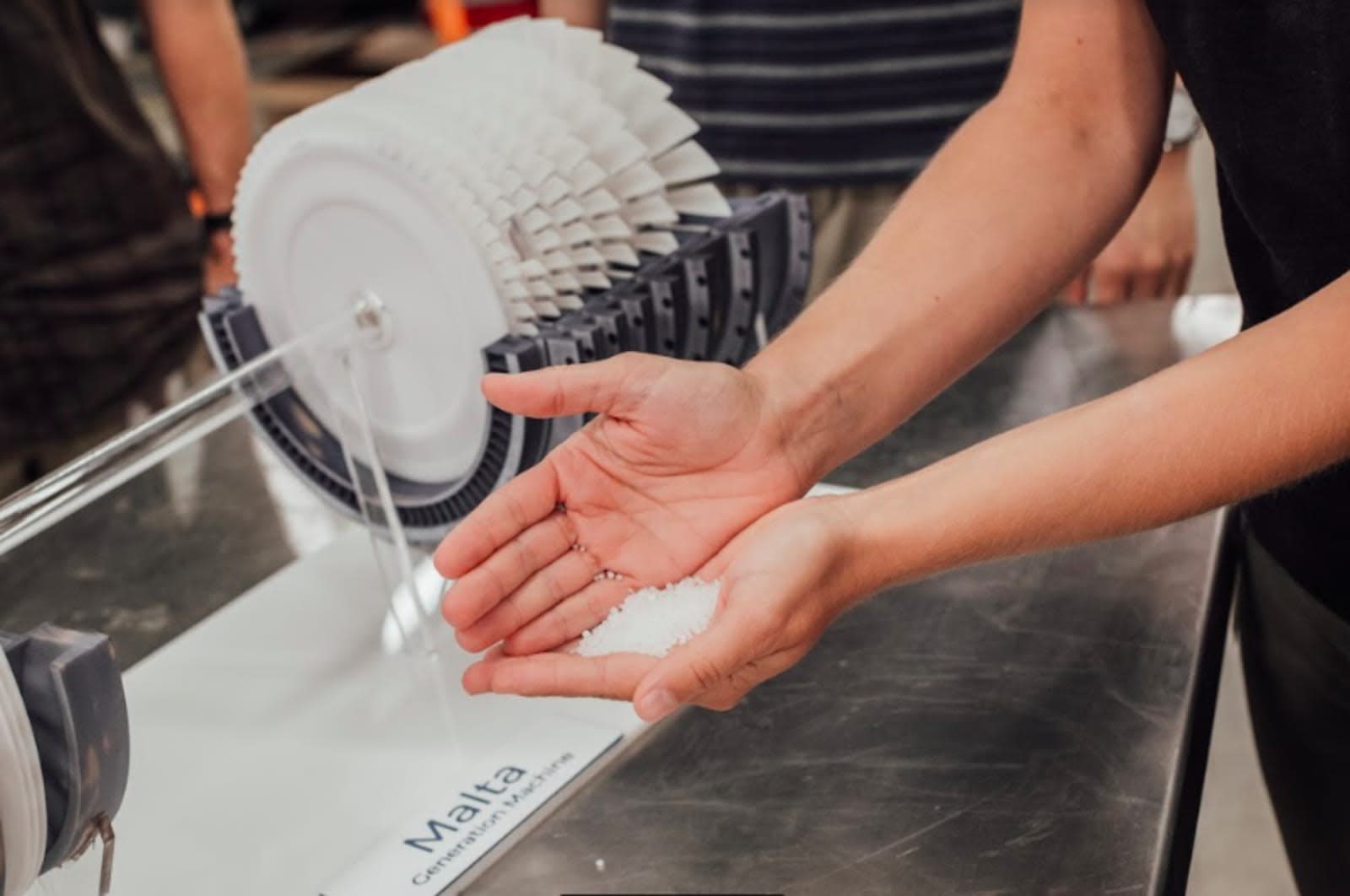 Alphabet's X division has played host to a string of experimental ideas, and another one is spinning out as an independent business. Malta uses cheap, abundant materials including salt, anti-freeze and steel to store power at grid scale.

Malta taps into the laws of thermodynamics to store renewable and fossil energy as heat in molten salt and cold in low-temperature anti-freeze until it's needed -- you probably still need electricity at night, when the sun isn't shining on your local solar farm. The company is working on a pilot plant, backed by $26 million from its first funding round, which was led by a fund Jeff Bezos, Bill Gates and Michael Bloomberg are involved with.

Power storage is often a cumbersome, expensive problem, particularly for the likes of wind and solar farms. Providing them with a reliable, inexpensive way to keep electricity in reserve could cut down on waste, while helping renewable energy companies find the bandwidth to generate more power.

In this article: alphabet, antifreeze, business, google, malta, power, powerstorage, projectmalta, renewable, renewableenergy, salt, storage, TL18ABCD, tomorrow
All products recommended by Engadget are selected by our editorial team, independent of our parent company. Some of our stories include affiliate links. If you buy something through one of these links, we may earn an affiliate commission.