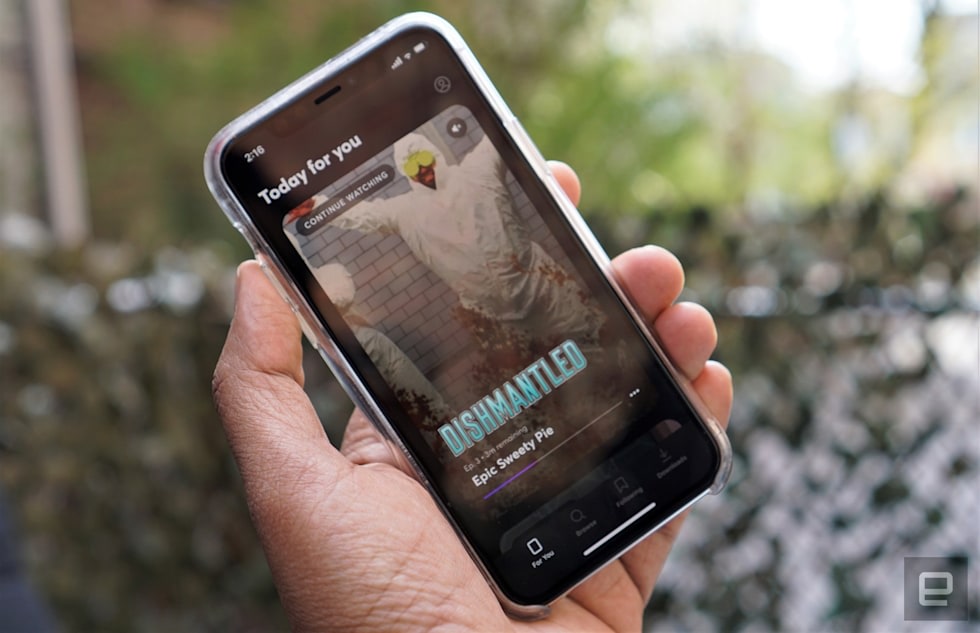 Quibi will finally start rolling out the ability to cast its bite-sized shows to TVs this week. In a report about the company’s performance since it launched in early April, the New York Times says that Quibi is launching the capability this week for iPhone users. Android subscribers will unfortunately have to wait a few more weeks to get it.

The service went live without the feature, because its creators envisioned it as an app that people would primarily access on their phones. Its shows are only a few minutes long per episode, designed to be consumed while in the middle of a commute or while waiting in line. Shelter—in-place orders due to the coronavirus pandemic went out shortly after it launched, though, prompting subscribers to ask for a casting capability so they can watch on a bigger screen instead.

Quibi founder Jeffrey Katzenberg also blamed the pandemic for the service’s lackluster performance. As NYT notes, it’s only been downloaded by 2.9 million users based on Sensor Tower data. The company says, however, that 3.5 million people installed the app, which now has 1.3 million are active users. Katzenberg admits those numbers aren’t close to what they wanted and, as a result, the company will reduce its projections for the year. It will also slow down its release schedule to be able to offer fresh content until 2021.