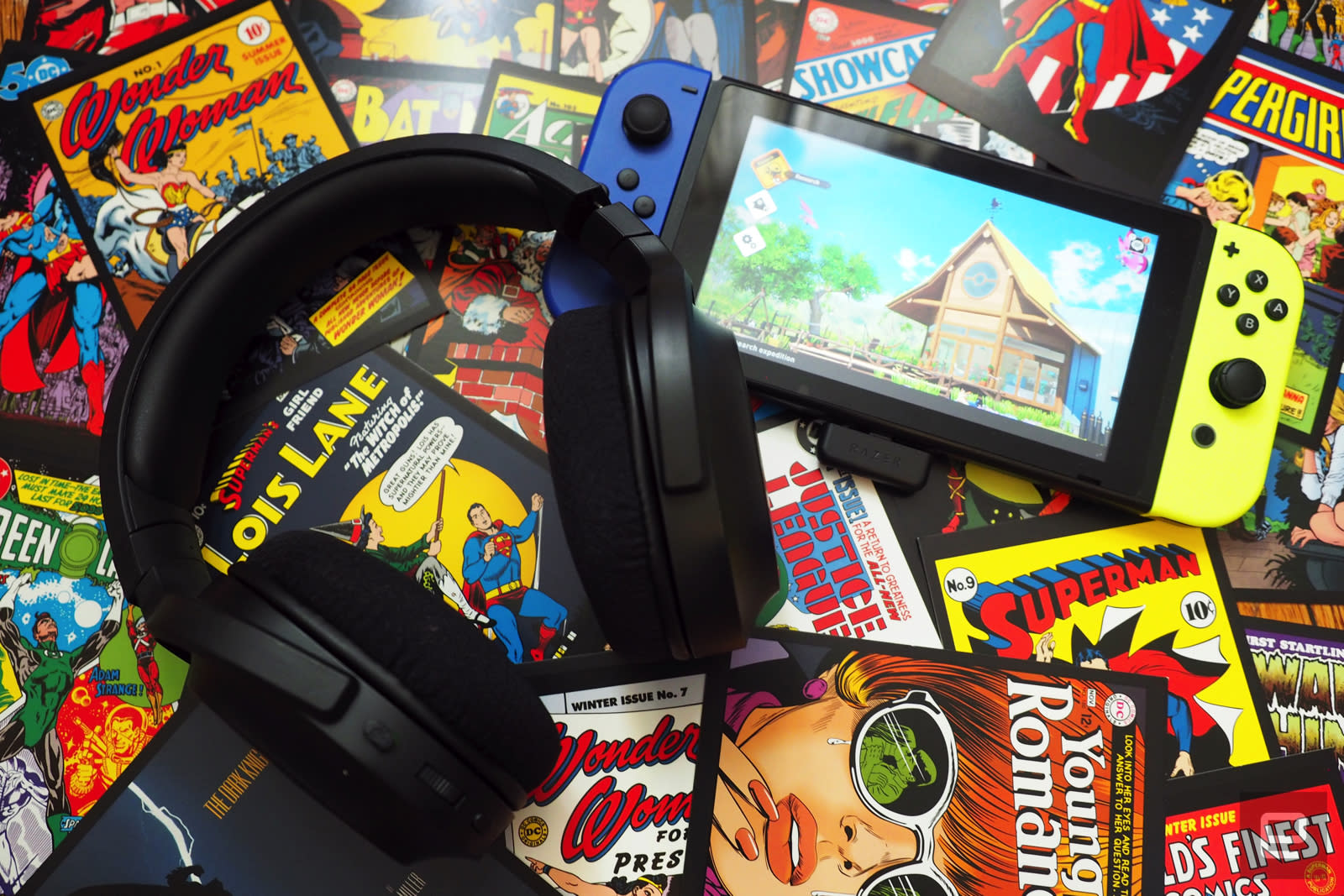 Thanks to its USB-C adapter.

Between the enduring popularity of the Nintendo Switch, the increasing power of flagship phones and new services like Apple Arcade, portable gaming has finally moved to the forefront. However, the disappearance of 3.5mm ports on mobile devices has left many players bereft of premium audio — Bluetooth earbuds don’t quite cut it when you need your audio synced perfectly. If you want a rock-solid connection your best bet is an RF dongle, which usually uses USB-A in a world steadily being overtaken by USB-C ports. Razer has finally stepped up with a mobile-first headset that can connect to your Switch, Android phone or thin-and-light laptop, the $100 Barracuda X.

The Barracuda X is far from the first headset geared toward Nintendo Switch players; we’re big fans of SteelSeries’ Arctis 1 Wireless thanks to its comfort and superb audio quality, and have even included it in a few of our gift guides. It’s fair to say that this headset is the Barracuda’s primary competitor. Even the RF adapters look the same.

However, while the Arctis 1 Wireless maintains the standard look of the line (as it should — it’s a great design), the Barracuda is a change of pace for Razer. Instead of the Kraken brand’s circular, grated look, the new headset resembles last year’s Opus headphones, which got a refresh last month. It’s not totally identical, with different joints on the cups, and cloth ear padding instead of fake leather. Here in New York, it’s 90 degrees as of this writing, and I can report that I haven’t felt the need to take off the Barracuda even after wearing it for a few hours. It’s still a bit warm, and I definitely feel cooler when I take the headset off, but it’s bearable.

The Barracuda X also weighs a very scant 250 grams, one of the lightest headsets I’ve tested. (I think it might be lighter than its own packaging.) In direct comparison it feels about the same in hand as similar models from Turtle Beach and Logitech, but there’s a balance in the Barracuda’s plastic build that makes it feel more ethereal. It’s not something I would mind keeping on my head for several hours or throwing it in my backpack so I can game on the train. Which is precisely the point: You shouldn’t feel that carrying this thing around is a burden.

While I wouldn’t go tossing this thing around casually in a rage, it does feel solidly built, capable of taking a few dings in your bag. I have mixed feelings about the detachable mic; being able to take it off means a more compact headset design, but it’s also another fiddly bit that I might lose. Then again, it’s unlikely you need voice functions while out and about. (Heck, the Switch console doesn’t even have real voice chat; it asks you to connect via the app on your phone.)

The Barracuda X excites me, mostly because of its USB-C compatibility. But that’s also where it falls short for me. The adapter is small, for sure, but it’s very wide. That means that if you happen to have a laptop with two USB-C ports next to each other like my 2017 MacBook, the Barracuda dongle will block the other completely. This is a hassle in my office setup, where I have an external monitor and USB hub connected on the other side. So while working I get to choose between the power cord and the headset. I’ve opted out of using the Barracuda with my laptop at all, preferring instead to listen to podcasts on my phone. However, that’s my unique situation, and on the go you might only need two ports: one for the headset and the other for power.

It’s exciting to see companies finally start to take mobile gaming seriously, and address the specific needs those gamers have. Mobile-friendly controllers are great, but many popular mobile games don’t really need them. Better audio, though? Almost everyone can appreciate that. The $100 price tag might seem a bit steep for some, but the Barracuda X seems versatile enough that you’ll more than get your money’s worth.