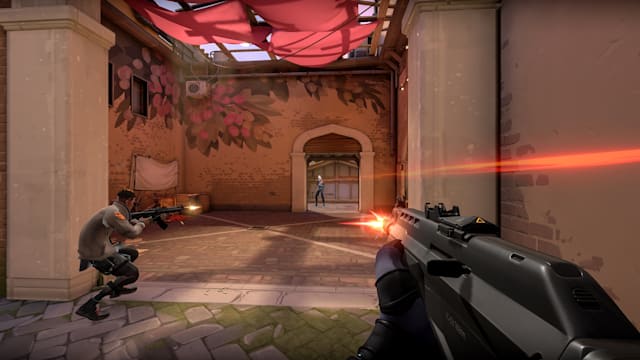 Riot Games takes its anti-cheating technology seriously. So seriously, in fact, that unless you’ve got its Vanguard software installed and switched on, you won’t be able to play its competitive hero shooter Valorant at all. This, however, has led some players to ask questions about privacy and security. Earlier this month Riot responded to these concerns in a blog post, explaining how the system works, and now it’s made a few tweaks to further allay gamers’ concerns.

From today, Vanguard will show a system tray icon while it’s running, Riot explained on Reddit. From there, you’ll be able to turn Vanguard off and on as you please (reboot dependant). You still won’t be able to play Valorant without it enabled, but being able to tangibly turn it off may provide peace of mind for some users. Plus, doing so could help mitigate any problems arising from Vanguard blocking other system software.

And if you want to keep Vanguard switched off until you next play Valorant — i.e. across multiple system reboots — you can just uninstall the software directly from the system tray, and it will be automatically reinstalled when you next launch the game. As Riot notes, however, the explosive popularity of the game in beta alone means it’s still “working on squashing as many bugs during this closed beta” as it can, while it prepares for a wider rollout, so don’t be surprised if you encounter the occasional oddity. The company says it’s made “great progress” addressing performance issues associated with Vanguard, but if players are running into problems they should file a ticket with player support.

In this article: Riot, Valorant, Vanguard, cheating, software, control, news, gaming
All products recommended by Engadget are selected by our editorial team, independent of our parent company. Some of our stories include affiliate links. If you buy something through one of these links, we may earn an affiliate commission.