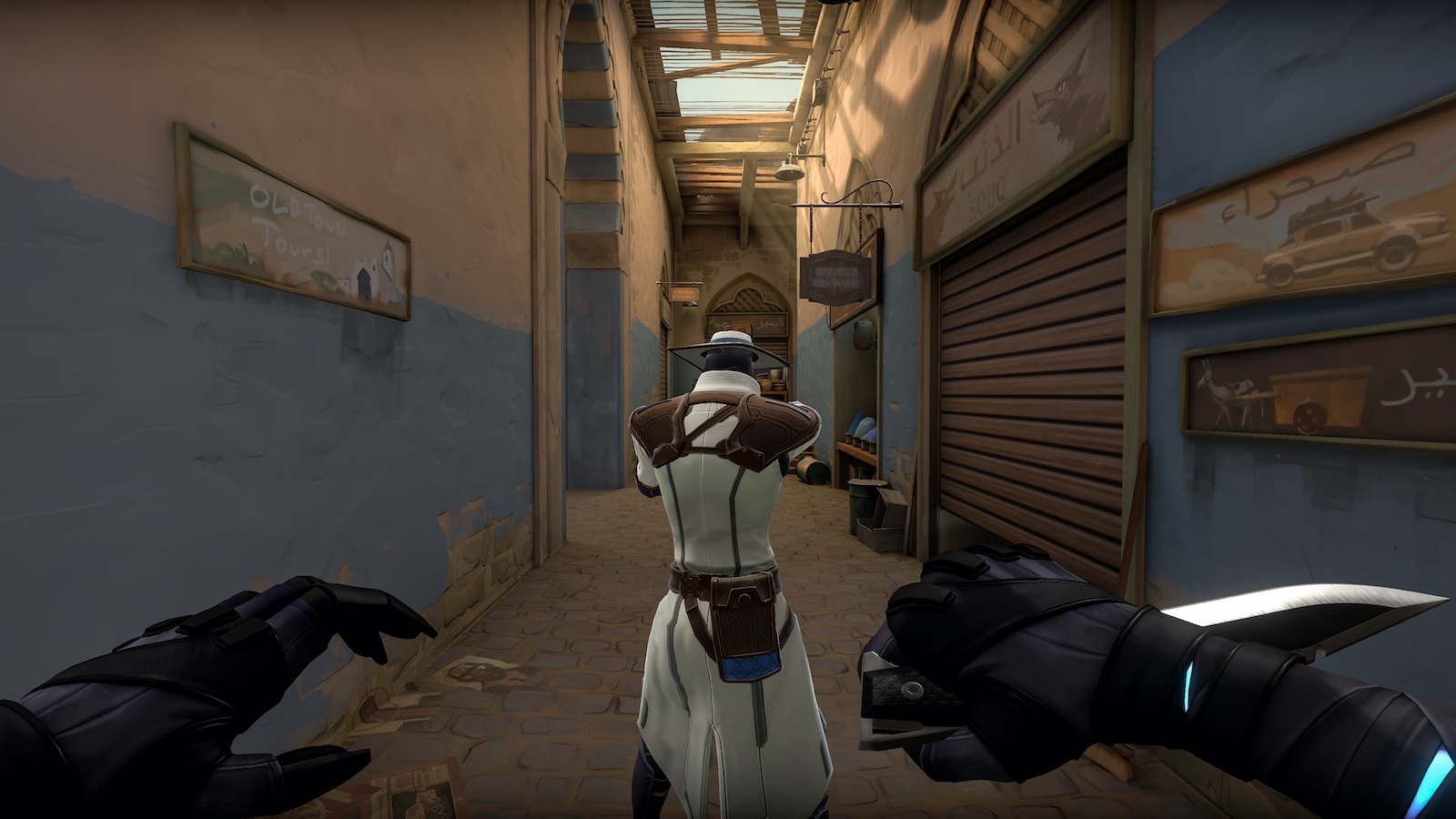 On any given day this April, at any chosen time, you’ll find around half a million people watching live Valorant gameplay on Twitch. It’s easily the top title on the streaming service, usually with double the number of viewers as Counter-Strike: Global Offensive, Fortnite, Grand Theft Auto V, the Just Chatting channel or Valorant’s sister game, League of Legends.

When it debuted on April 7th, Valorant set Twitch records generally reserved for established, big-name tournaments with full seasons of hype and drama behind them. On its first day, Valorant streamers drew 1.7 million concurrent viewers on Twitch, more than the Fortnite World Cup (1.69 million) and nearly as much as the 2019 League of Legends World Championship (1.74 million). Valorant also holds the title for the most hours watched of a specific game in a single day on Twitch, with 34 million.

All of this for a game that isn’t even widely available yet. Valorant is in a closed beta stage, expected to launch in full later this year.

That was a big part of the game’s appeal on Twitch: Not only was this the only space to see Riot Games’ new competitive shooter first-hand, but the studio tied access to the closed beta to Twitch. Beginning April 3rd, participating streamers dropped Valorant beta keys to random viewers in their chats. The only way to secure a key was to have both a Riot account and Twitch account, and then watch a lot of Valorant. Both Riot and Twitch -- and their parent companies, Tencent and Amazon -- benefited from the deal.

This is how video game marketing works when streamers are the industry’s biggest celebrities. Studios and advertisers go where the players are, and right now, they’re on Twitch, YouTube, Mixer and social media. Video game publishers, esports leagues and individual streamers are signing platform exclusivity deals worth millions.

However, Valorant stands out as a clear success story in streamer-first advertising, and this didn’t happen by accident. Riot Games partnered with “multiple hundreds” of influencers and streamers from around the globe for Valorant’s Twitch debut.

“It was important for us to not play favorites, and just find people that have spent a lot of time streaming shooters, and hang out with those people,” Nikki Lewis, head of marketing for Valorant, said. “They know what quality looks like in the genre, and so for us they would be the ideal partners.”

“During closed beta, we have not paid any streamer to stream Valorant,” she said. “Our goal is to sustain a community for years, even decades, to come, and so our efforts are being put toward building a long-lasting relationship with streamers, looking for things that are of value where we can support the businesses they are trying to build.”

Lewis didn’t call out any specifics about Riot’s non-monetary support for individual streamers, but said, “We want to make sure the ecosystem we build together is mutually beneficial for all, and it's not always cash that folks want at any one time."

Partnering with streamers and influencers isn’t just about getting the game on the front page of Twitch, though that is a crucial goal. Riot also wants feedback from these players, since they tend to be expert-level fans of competitive shooters and they know what’s likely to resonate with the game’s core audience.

Lewis used to be the head of marketing for League of Legends, and she helped enact that game’s Partner Program, which rewards video-focused influencers with in-game perks, developer access, promotional support and the opportunity to participate in reveals. Other AAA studios have similar partnerships with streamers in place, notably Overwatch studio Blizzard.

With Valorant, Lewis’ marketing strategy has been to leverage Riot’s relationships with streamers and infuse the development process with their feedback from day one. Or, day negative-one.

On top of offering early access, free games, networking opportunities and other perks to Valorant streamers, Riot has the cash to make deals with high-profile personalities if and when it wants to. League of Legends generated $1.5 billion in revenue in 2019, and tends to make between $1 and $2 billion a year. Not to mention, Riot is owned 100 percent by China’s largest internet company, Tencent Holdings.

Money aside, Riot is rich in relationships. The studio has been running League of Legends since 2009, it kicked off the game’s esports circuit in 2011, and it started the Partner Program in late 2018. The studio has been building connections with streamers, esports players and influencers for years, and these relationships are paying off with Valorant, the studio’s first new IP in more than a decade.

“The reason we've been popular with streamers is that we're oriented toward getting to know them, having deeper relationships with them, understanding their feedback about the game, playing the game with them,” Lewis said. “We've got a lot of our developers out there playing with influencers and just sort of just bear-hugging them and welcoming them in. That was an explicit marketing strategy of ours.”

Valorant’s record-breaking Twitch debut coincides with a general uptick in streaming viewership tied to the global coronavirus pandemic. With country- and state-wide quarantine orders in place around the world, more people than ever are watching Twitch and YouTube videos, and with traditional sports on pause, esports are finding a hungry audience.

Valorant was built to be an esports powerhouse, and Riot has already laid out rudimentary rules for official tournaments. The studio’s esports plans include the addition of a mode that replaces in-game blood with sparks in an attempt to secure squeamish sponsors (and likely to appease strict Chinese censorship laws).

A handful of professional players and streamers have also announced their intent to play Valorant full-time, ditching other popular titles in the process. Fortnite World Cup runner-up Harrison "psalm" Chang is switching to Valorant, as is Overwatch pro John "Wanted" Lin. Jake "Poach" Brumleve announced in March that he’d be ditching Fortnite for Valorant, and in a Twitlonger statement he criticized Fortnite publisher Epic Games for mismanagement of the game’s esports league, writing,

“I hope I find what I'm looking for in Valorant. I have high hopes for the game and am very motivated to stream and try and compete. If it doesn't work out, I will move forward as a streamer. I'm excited to be streaming again, I don't feel boxed in by feeling forced to stream Fortnite anymore.”

This faith in Valorant speaks to the success, so far, of Riot’s streamer-first marketing approach. Lewis actually calls it “player-first.” She says Riot is interested in working with streamers and fans at any popularity level, not just top-tier Twitch personalities.

“Competition is the main point of Valorant, and so we expect that'll play out really nicely in the esports scene,” Lewis said. “It's been really exciting so far talking with team owners, talking to players of other types of games in the competitive scene and just gauging their interest.”

At the beginning of the year, Ludwig “Anomaly” Lagerstedt had a significant YouTube following as a Counter-Strike: Global Offensive player, with a small presence on Twitch. Today, he’s regularly the top name on Twitch, streaming Valorant. From April 13th to 19th, Anomaly’s channel clocked 13.85 million hours of eyeballs, and they were all on Riot’s new shooter, according to The Esports Observer.

On April 15th, Riot opened up the Valorant beta program and enabled key drops for anyone streaming the game on Twitch, not just certified partners. The drops are still running 24/7, and today, just over two weeks after the game launched in closed beta, Valorant is still at the top of the Twitch charts.

In this article: esports, Valorant, Riot, RIOT GAMES, League of Legends, Twitch, streaming, YouTube, Mixer, gaming
All products recommended by Engadget are selected by our editorial team, independent of our parent company. Some of our stories include affiliate links. If you buy something through one of these links, we may earn an affiliate commission.