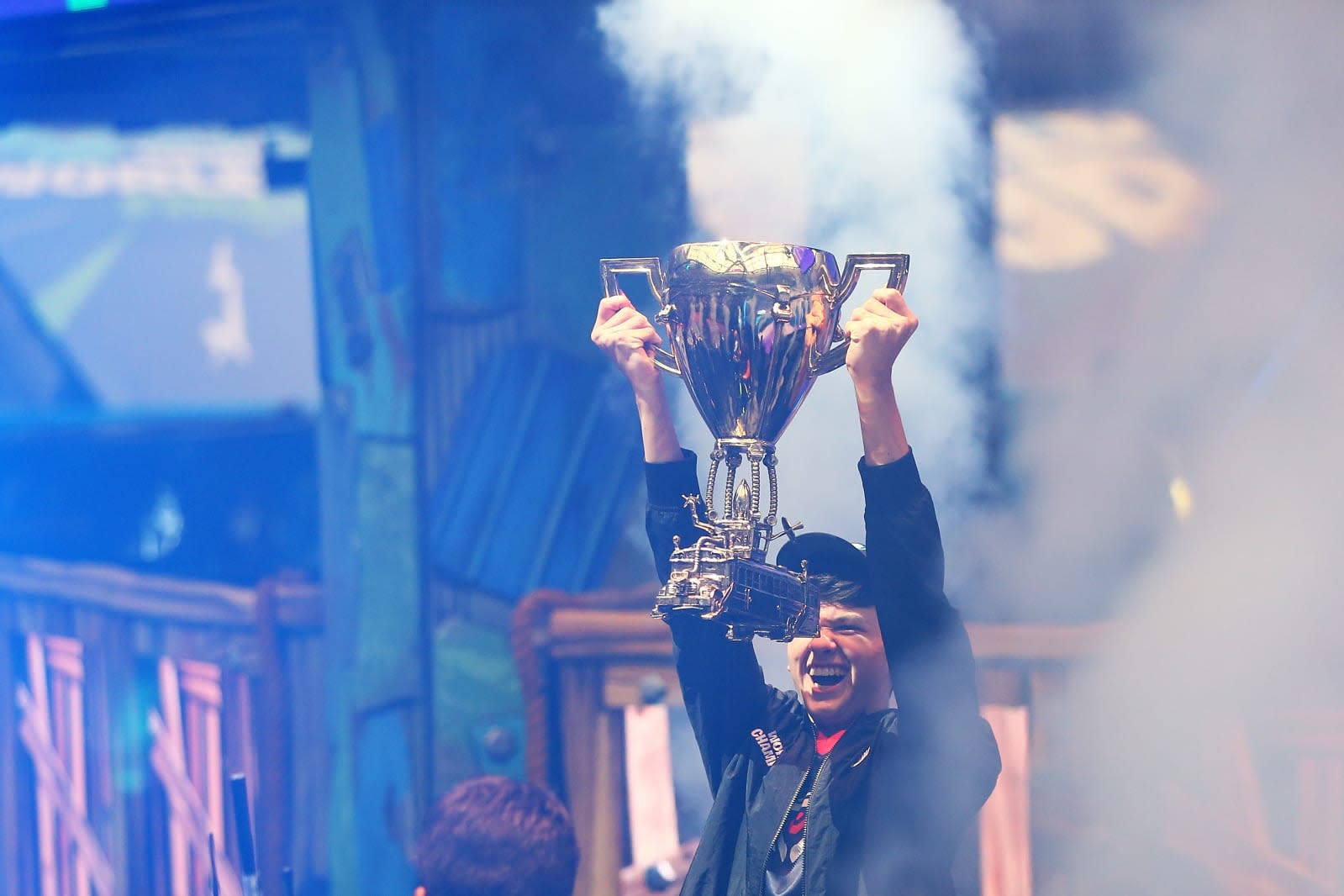 It's not entirely fair to say Kyle "Bugha" Giersdorf became a millionaire overnight. You don't beat out millions of other players on the path to winning the first Fortnite World Cup without untold hours of practice and playing at a consistently high level over an extended period. But after utterly dominating six matches of battle royale chaos at the Arthur Ashe Stadium in New York City Sunday, the 16-year-old Pennsylvania resident walked away with the title and a $3 million check in his back pocket.

He's not the only player who had a big payday on Sunday. Each of the 100 competitors was guaranteed $50,000, with four of them taking home seven-figure sums. The fifth-placed player in the Solos competition, Argentina's Thiago "King" Lapp, won $900,000 -- King is 13 years old. Saturday's Duos champions split the same $3 million grand prize and the team of four who won Friday's relatively more casual Creative Finals took away $1.345 million. If it weren't already clear, there's a lot of money at stake in high-level esports.

Let's give Bugha's massive paycheck a little perspective. The $30 million prize pool for the Fortnite World Cup matched that of this summer's FIFA Women's World Cup, the biggest showpiece event in women's soccer. The teenager even earned almost 50 percent more than Tiger Woods did for winning the Masters -- the golfing legend scooped up $2.07 million along with his 15th major title.

Next month, at the same venue at the first Fortnite World Cup, the US Open men's and women's singles champions will secure $3.85 million. Given the immense popularity of Fortnite, there's every reason to believe next year's World Cup winners, assuming this becomes an annual event, could win more money than the champions of one of tennis' Grand Slams.

The Fortnite World Cup prize pool wasn't the biggest in esports, though. Dota 2's The International has the largest one around. It topped $30 million last week, and is likely to grow even more ahead of next month's event. Last year's winning squad, OG, took away $11.2 million. But Bugha's prize is the largest ever for a single player at an esports tournament.

For another point of comparison, his victory played out over 10 weeks of qualifying and a one-day grand final. Blizzard's Overwatch League, previously led by Fortnite esports chief Nate Nanzer, runs from February to September this year, with the ultimate champions splitting $1.1 million between up to 12 players. That's chump change for the latest esports multimillionaire, who might just find sponsorship offers rolling in too. You can probably expect Epic Games to mint even more young millionaires through Fortnite's newly announced Championship Series.

In this article: av, business, epic games, epicgames, esports, fortnite, fortnite world cup, fortniteworldcup, gaming
All products recommended by Engadget are selected by our editorial team, independent of our parent company. Some of our stories include affiliate links. If you buy something through one of these links, we may earn an affiliate commission.