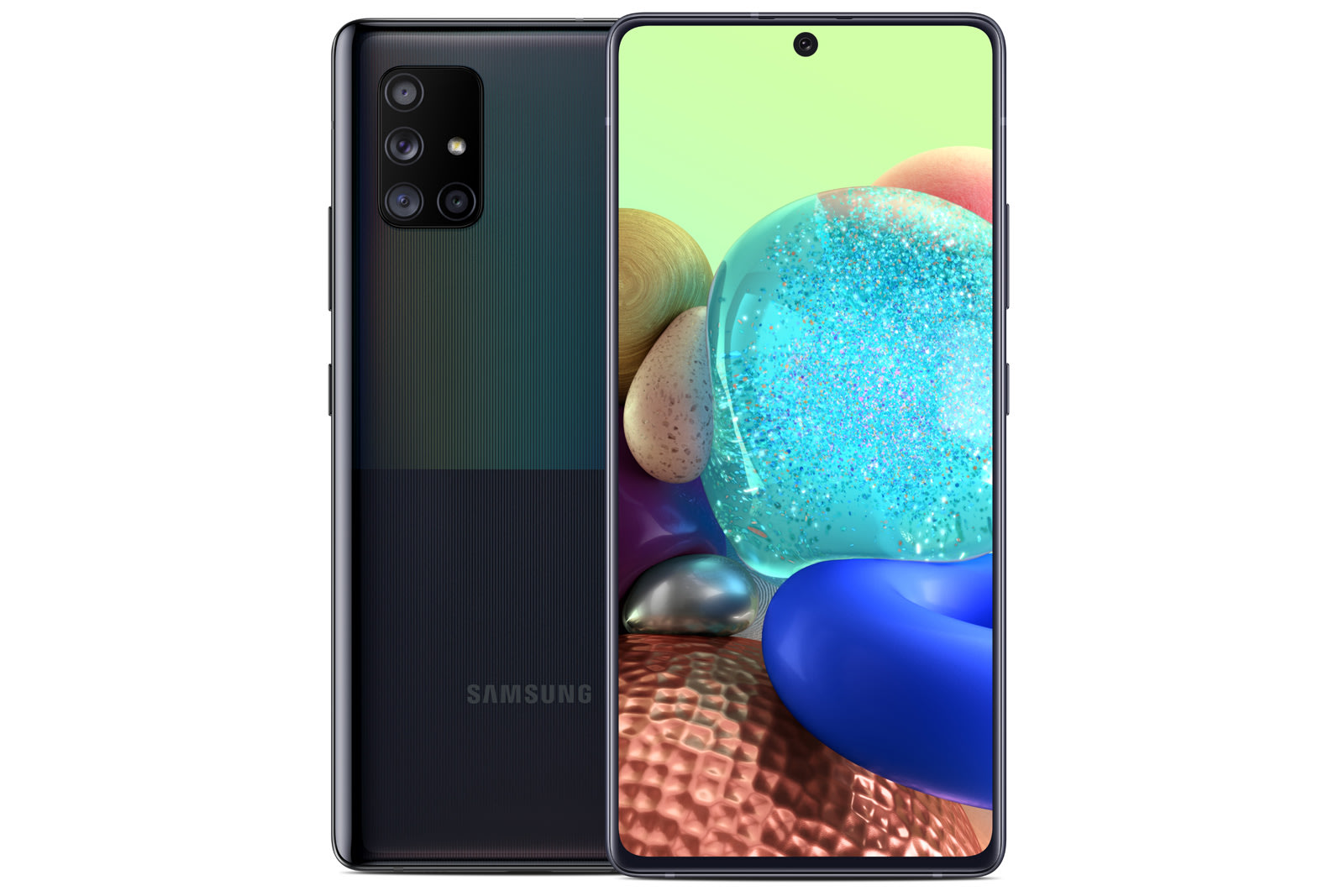 Don’t despair if you want a new Samsung phone somewhere between the cheap-but-cheerful Galaxy A51 and the more powerful Galaxy S20 family — relief will soon be at hand. Samsung has announced that the Galaxy A71 5G will be available to buy in the US through T-Mobile, Sprint and Samsung itself on June 19th for $600. It’ll also be available later in the summer in AT&T, Verizon (Engadget’s parent company) and unlocked variants. In some ways, this could be one of Samsung’s hotter phones by providing a significant performance boost over the A51 without venturing into premium territory.

The most obvious improvement over the A51 is the addition of 5G data where it’s available (which is many places for T-Mobile). However, you’ll also get a slightly larger 6.7-inch 1080p display and a 64-megapixel f/1.8 main camera instead of the 48MP f/2.0 cam. This may be the better pick if you’re a shutterbug. You’ll also get 6GB of RAM, 128GB of expandable storage, the A51’s secondary cameras and a sizeable 4,500mAh battery, although it remains to be seen how that power pack translates to real-world use.

This potentially eliminates some of the gripes with the A51, such as the so-so camera performance. It’s also one of the largest Samsung phones outside of the S20 Ultra. With that said, you’ll want to think carefully about getting this versus a price-cut Galaxy S10+. You won’t get 5G or a longer software update window with the S10 family, but spending that same $600 should get you a faster processor and a proven camera array. You can get the regular S10 for $500 if you’d rather have a smaller phone. It might come down to how much you value data speeds and future-proofed wireless support.

In this article: 5G, smartphone, Sprint, T-Mobile, Verizon, at&t, Galaxy A71, Galaxy A71 5G, mobile, Samsung, Android, news, gear
All products recommended by Engadget are selected by our editorial team, independent of our parent company. Some of our stories include affiliate links. If you buy something through one of these links, we may earn an affiliate commission.