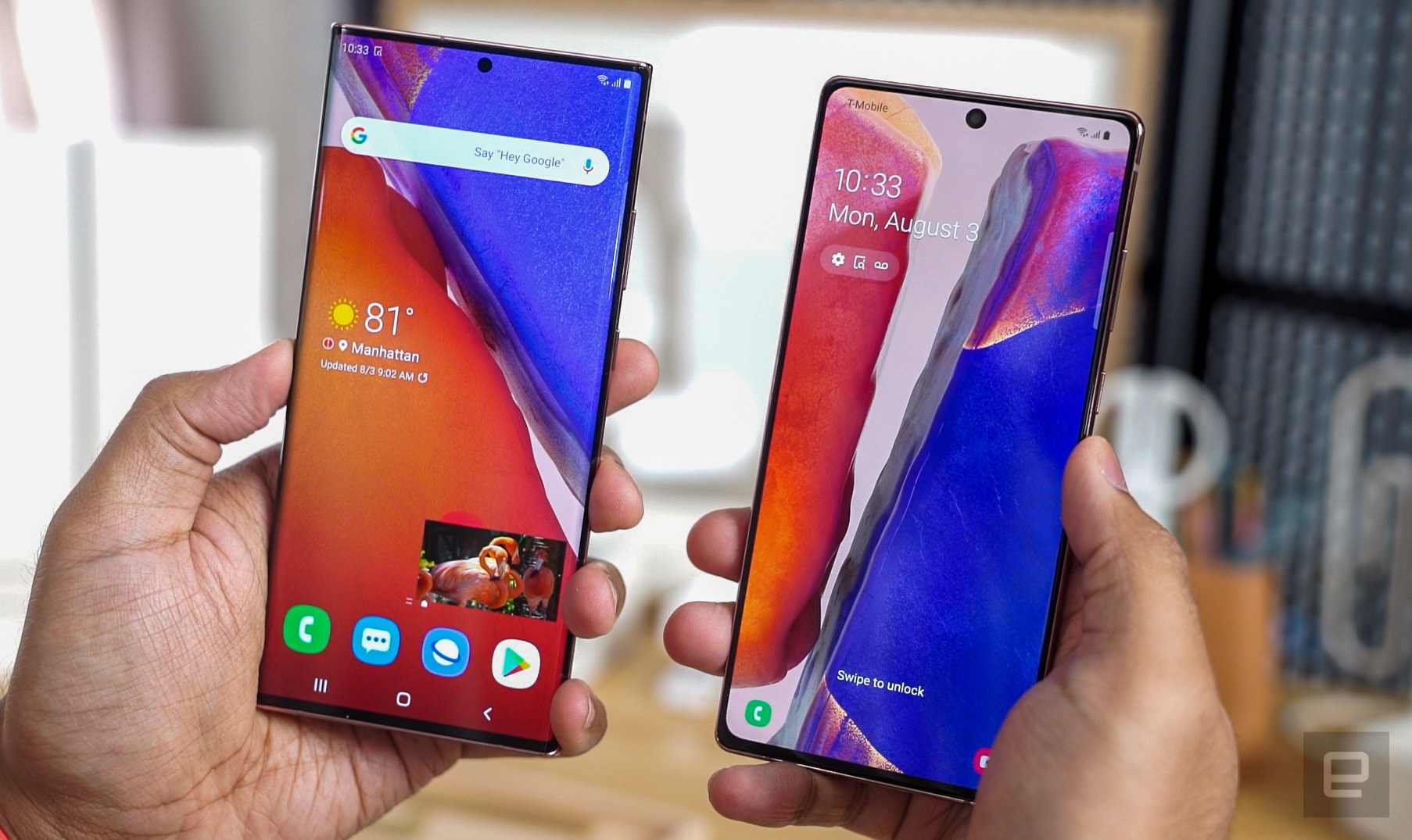 During its Galaxy Unpacked event, Samsung announced it would support its latest devices with “OS updates up to three generations.” Until now, it has offered two years of full software support. On the surface, that suggests Samsung will update recent phones like the Galaxy Note 20 through three major Android cycles, but the specifics are a little murky.

Disclaimer text that appeared on the stream noted “Availability of feature and security updates may vary by device and country. Updates supported for flagship models from Galaxy S10 (Android 9) or later." So, if you’re still rocking an S10, that means Samsung should update it to Android 12, when that version of the OS arrives. The revised policy will also apply to the Galaxy S20 devices it released earlier this year, and of course, the Note 20 lineup along with other phones in the future.

After that, as Android Police pointed out, things are unclear. The policy applies to “flagship models,” suggesting that entry-level devices like A-series phones will still only get two years of Android updates.

In any case, the shift brings Samsung’s flagships a bit more into line with Google, which offers Android updates on Pixels for at least three years from the release date. Samsung typically rolls out security patches beyond that two-year span of platform updates.

The latest approach means that fewer people might feel the need to update their phone after two years, which might hit Samsung in the pocket a bit. Still, it should come as some comfort for people about to shell out at least $999 on a new Galaxy handset that it’ll remain up-to-date (at least on a software basis) until 2023.

In this article: unpacked2020, samsung, android, software support, galaxy note 20, samsung galaxy note 20, galaxy s10, galaxy s20, news, gear
All products recommended by Engadget are selected by our editorial team, independent of our parent company. Some of our stories include affiliate links. If you buy something through one of these links, we may earn an affiliate commission.