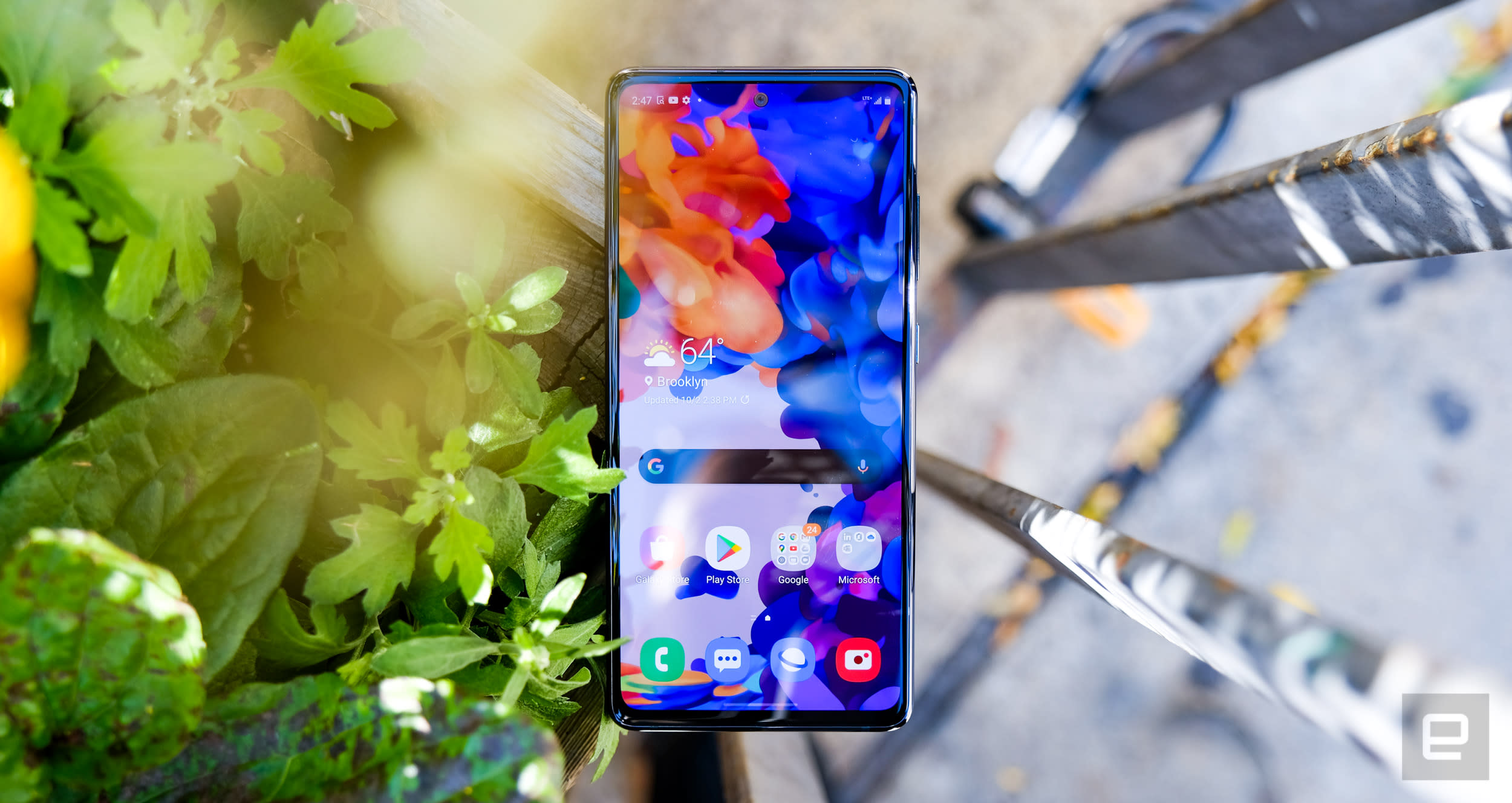 Very few of its compromises are hard to live with.

There are a few ways to look at a phone like this. Through one lens, it's Samsung's response to an ongoing pandemic and its economic effects. Through another, it's the valuable connective tissue that sits between Samsung's mid-range A series phones and the more premium S20 line. But, regardless of how you look at it, there's a lot to like about Samsung's newest, cheapest S20.

For one, I'm a fan of what Samsung did with the FE's design. At a glance, it's nearly impossible to tell you're using a phone that costs hundreds less than the other S20s... apart from maybe some of the wild colors available. (Unfortunately, our review unit is an inoffensive — some might say pedestrian — blue.) That the Fan Edition retains a lot of flagship style is especially nice, as Samsung had to make some tweaks here to keep costs down. Most of the glass and metal you'd find on a standard S20 is gone, replaced largely by the same kind of polycarbonate Samsung uses for its more modest A series phones. While that means the FE lacks the gravitas of something like an S20+, that material should hold up to spills better and keeps this thing mercifully light. 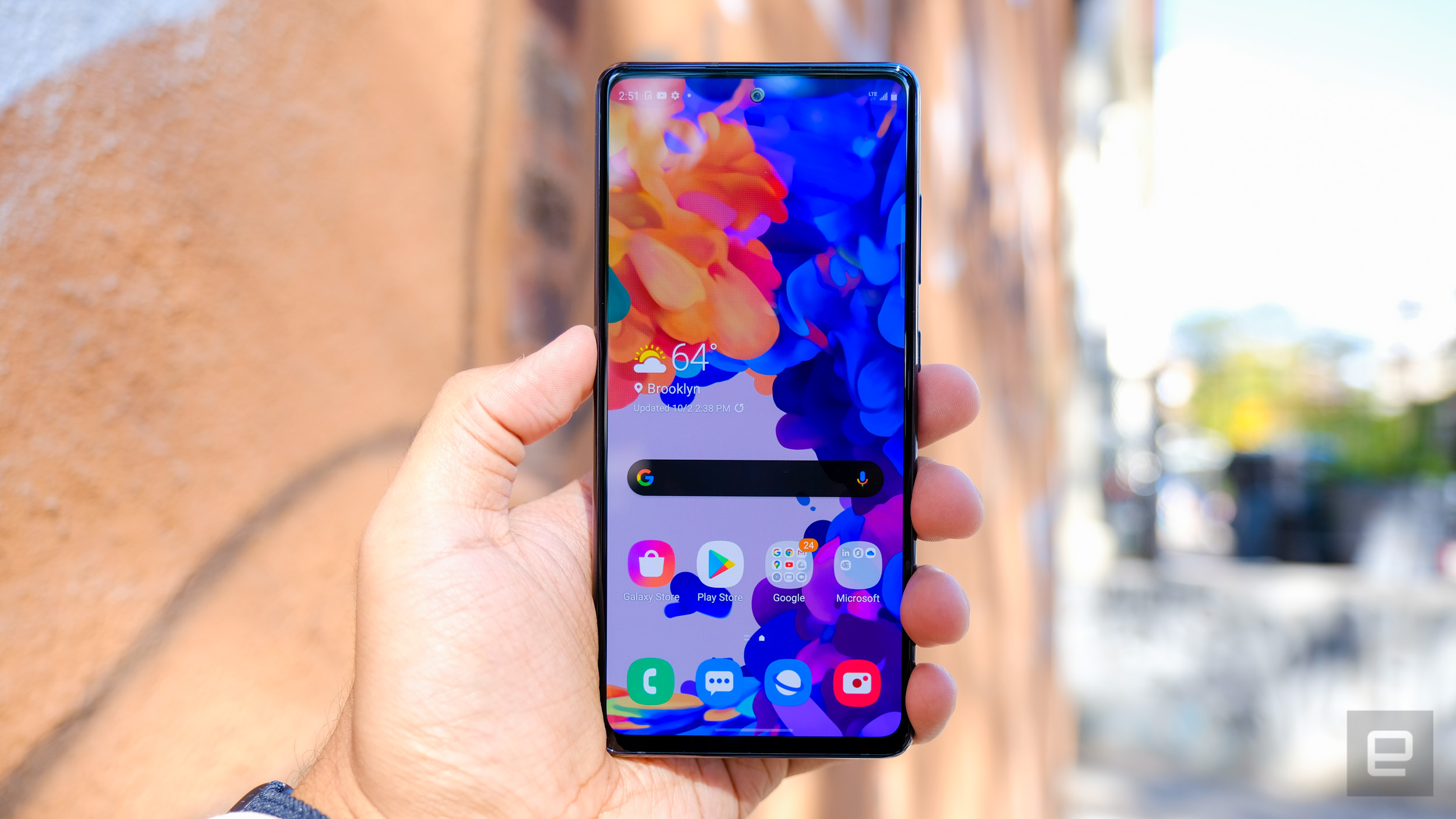 That's especially nice when you consider how big thing's screen is. The FE's 6.5-inch Super AMOLED display sits in the sweet spot between the S20 and the S20 Plus, but that plastic frame and minimal bezels mean the phone never feels unwieldy. Maybe more important is the fact that the screen is honestly quite a bit nicer than I expected. Who could blame me? Screens are routinely the most expensive parts that go into smartphones, and managing costs here was the whole point.

The one major compromise is that the display’s resolution is just 2400x1080 — that's noticeably lower than the other S20s, and you can see individual pixels if you press your face right up against the Gorilla Glass 5. But what this screen lacks in flagship-grade clarity, it makes up for with a 120Hz refresh rate and completely flat cover glass. The former means on-screen motion can look remarkably smooth, though leaving the feature off will result in some slight battery gains. And the latter means you're much less likely to accidentally tap something on the edge of the screen with the side of your hand. That’s been a recurring — and obnoxious — issue with many of the smartphones I’ve tested this year, and not having to worry about it has honestly been a joy. 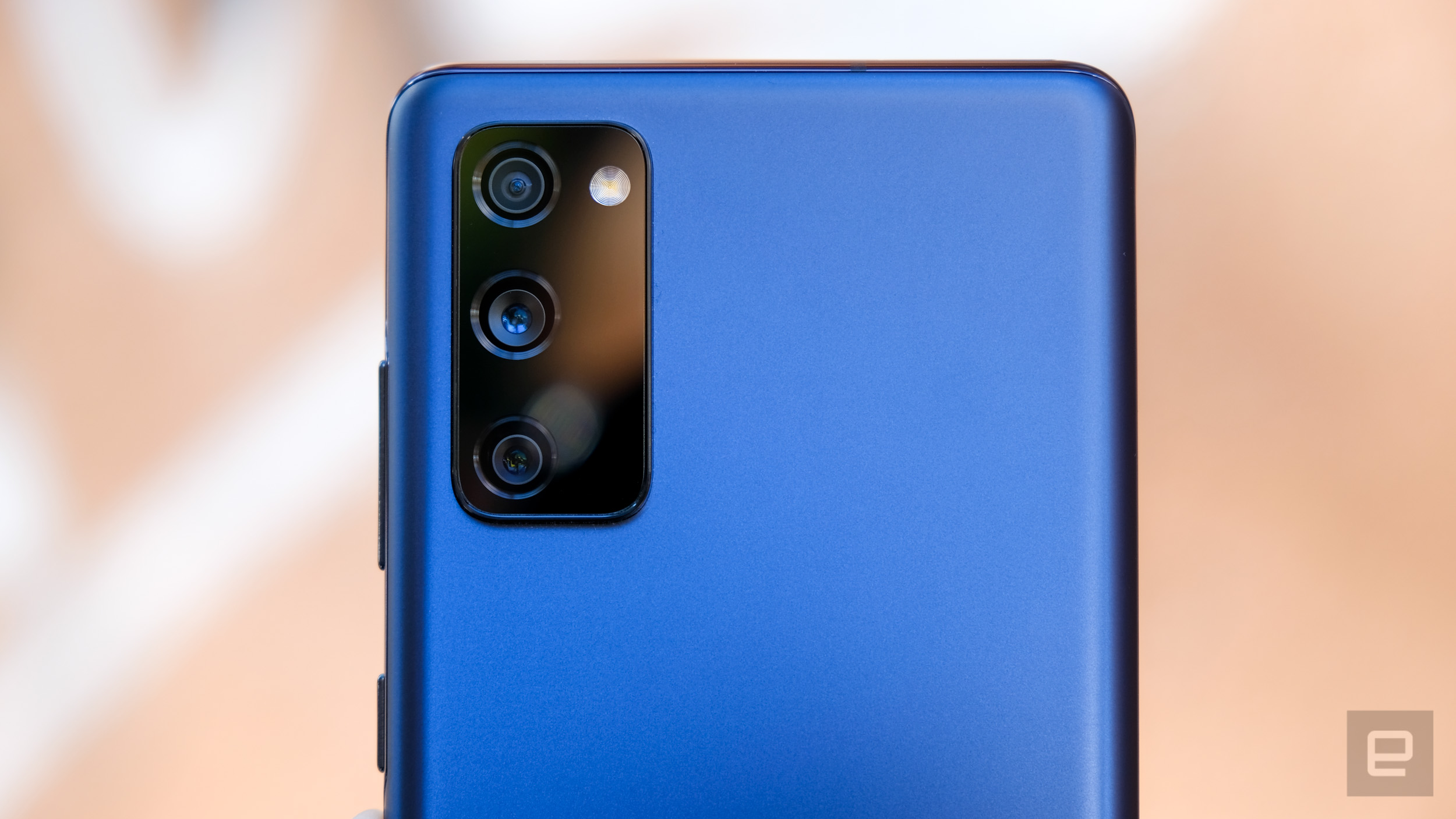 So, yes, the S20 FE looks and feels pretty great. That wouldn’t matter much if its performance wasn’t up to snuff, but thankfully, it uses the same Snapdragon 865 chipset you’ll find in most of its more expensive cousins. Suffice to say, there’s enough sheer horsepower here to keep any app or game running smoothly. With that in mind, things can get a little hairy when multitasking or picking up where you left off in an app — that’s because the Fan Edition relies on a mere 6GB of RAM, down from the 12GB you’d find in most other versions of the S20. This skimpy allotment of memory might be the one thing I truly dislike about the FE, but thankfully hiccups are infrequent. Just keep in mind that, while the S20 Fan Edition is a surprisingly good deal, it isn’t quite as future-proof as other models.

That being said, the rest of the package is pretty hard to argue with. Just consider its battery: The cheapest S20 uses the same 4,500mAh battery as the S20+, but since it doesn’t have to drive a super-high-res display, it routinely lasts for well north of a full day’s use. (If screen-on time is your preferred metric, expect about seven hours.) That’s with the screen set to that 120Hz refresh rate, mind you — if you played your cards right, I have little doubt the FE could clear the two-day battery barrier. That’d be pretty good from any smartphone — from a phone using a Snapdragon 865, it’s doubly impressive.

Even the cameras — which often get the shaft in more budget-conscious phones — are tough to complain about. The 12-megapixel main wide camera was pulled straight out of a standard S20, and Samsung’s aggressive image processing results in smartly saturated photos that, as usual, often look a little better than reality. Of course, the same qualms about the regular S20 camera apply here too: Certain details get processed to the point of looking slightly cartoonish, and it often took a little fiddling to make sure photos were correctly exposed. You probably won’t use the ultra-wide camera nearly as frequently, but I didn’t notice any deal-breaking differences between its photos and stills shot with a regular S20. And to my surprise, I found myself enjoying the FE’s 8-megapixel telephoto camera more than I thought thanks to its proper, 3x optical zoom. Other versions of the S20 relied on high-resolution camera sensors to artificially lengthen its shooting range, camera trickery is no match for old-school optics.

Whenever a company releases a phone meant to be a cheaper spin-off of another, my instincts tell me to brace for the worst. Not this time. Over the last few days testing the S20 FE, Cole Porter’s early-30’s ditty “(You’d be so) Easy to Love” has been continually playing in the back of my head. My opinions may shift as I continue testing the Fan Edition, but when it comes to its impressive performance, great display, laudable battery life, and excellent price, Porter said it best. For now, the S20 Fan Edition is simply “so worth the yearning for.”