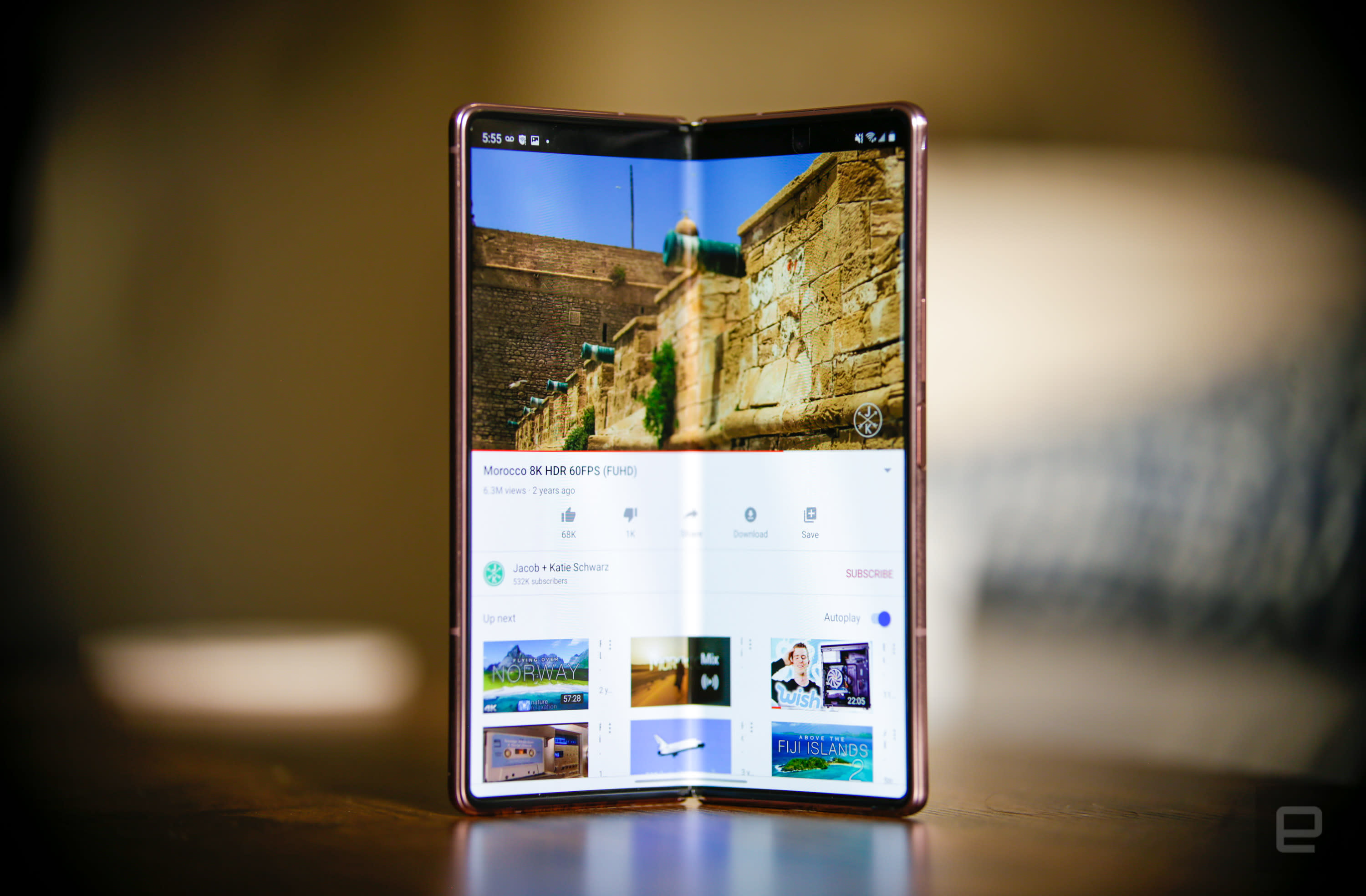 What to expect at Samsung’s Galaxy Unpacked in August

From foldables to wearables, the company has plenty in store.

If you’re a big Samsung fan, you’ve probably already marked your calendar for August 11th, when the company is holding its next Galaxy Unpacked event. Though it has held many events already in 2021, at least this time around it’s one that we’ve been anticipating. In recent years, Samsung has unveiled new Note phones every August. But at this coming Unpacked, the company will not be showing off a new Note. Thanks to the enterprising rumor mill and, well, Samsung itself, we have a good idea of what to expect next Wednesday.

The company published a blog post last month in which its president TM Roh teased what’s to come. First up: foldables. Yes, that’s plural. We’ll be seeing the third-generation of the Galaxy Z series, including the next Z Flip and Z Fold. If you’ll recall, the Z Flip is the smaller, Moto Razr-style phone that looks like a regular phone that you can close in half. Meanwhile, the Z Fold is more of a tablet-phone hybrid, where a 6.2-inch device opens up to reveal a 7.6-inch screen.

What might Samsung bring in new versions of these devices? Based on the leaks floating around the internet, the Z Flip 3 will possibly have a 1.9-inch outer screen with a 6.7-inch internal flexible display. That external panel is significantly bigger than the 1.1-inch sliver on the older Z Flip, which could make it more useful when the device is shut. We’ve also seen reports that the inside screen will run at 120Hz and sport dual 12-megapixel rear cameras and a 10-megapixel selfie shooter.

Meanwhile, the Z Fold 3 is rumored to have a similar setup to the existing model, with a 6.2-inch exterior panel and a 7.6-inch version inside. It’ll probably have triple 12-megapixel cameras and two selfie cameras on either side. Both models are reported to be rated IPX8 for water resistance, though dust resistance clearly still remains a challenge. These are all educated guesses based on what’s been leaked, so I’d take the details with a grain of salt.

What has been confirmed is that the foldables will support Samsung’s S Pen. The stylus has been a hallmark of the Note series and the company enabled support for it on its flagship S series earlier this year. In his blog post, Roh said the S Pen was specifically designed for its foldables.

A stylus made for the pliable screens on foldables has been a widely requested feature, and would make the larger, opened up displays more useful. Of course, Samsung shared little else about this S Pen besides the fact that it's coming, so there are plenty of unknowns at the moment. How will it avoid damaging the softer, flexible screen? What size is its nib, what is its pressure sensitivity and will the foldables have onboard slots to house it? Will it have Bluetooth support for remote control actions? Clearly, these are things we'll have to wait till Unpacked on August 11th to learn about.

Samsung also already spilled the beans on its upcoming Galaxy Watch running the new Wear OS that it co-engineered with Google. We’ve also seen plenty of leaked renders of the purported Galaxy Watch 4, which is likely to come in an Active and a Classic edition. The latter might be available in three sizes instead of just two, and appears to feature the popular rotating bezel Samsung’s watches are known for. Expect to see more details about the hardware and the UI at Unpacked, in addition to pricing and availability.

That’s not the only wearable that will make an appearance. We’ve also seen leaks indicating new Galaxy Buds 2 might show up at Unpacked. The company’s next wireless earbuds appear to have a more refined design and more color options. One report based on a beta version of an upcoming plugin on Samsung’s update server also indicated the possibility of active noise cancellation, touch controls and a simplified battery interface.

That’s pretty much all we know so far, though I wouldn’t put it past Samsung to have something else hidden up its sleeve for the event. Will Blackpink show up? I wish. But as for actual hardware, this is already a pretty long list of things to expect come August 11th. Samsung’s launch kicks off at 10am Eastern that day, and you should come watch it with us on Engadget’s YouTube channel. We’ll be starting at 9:40AM Eastern with a pre-show and hanging around after Samsung wraps to answer your burning questions. I hope to see you then!