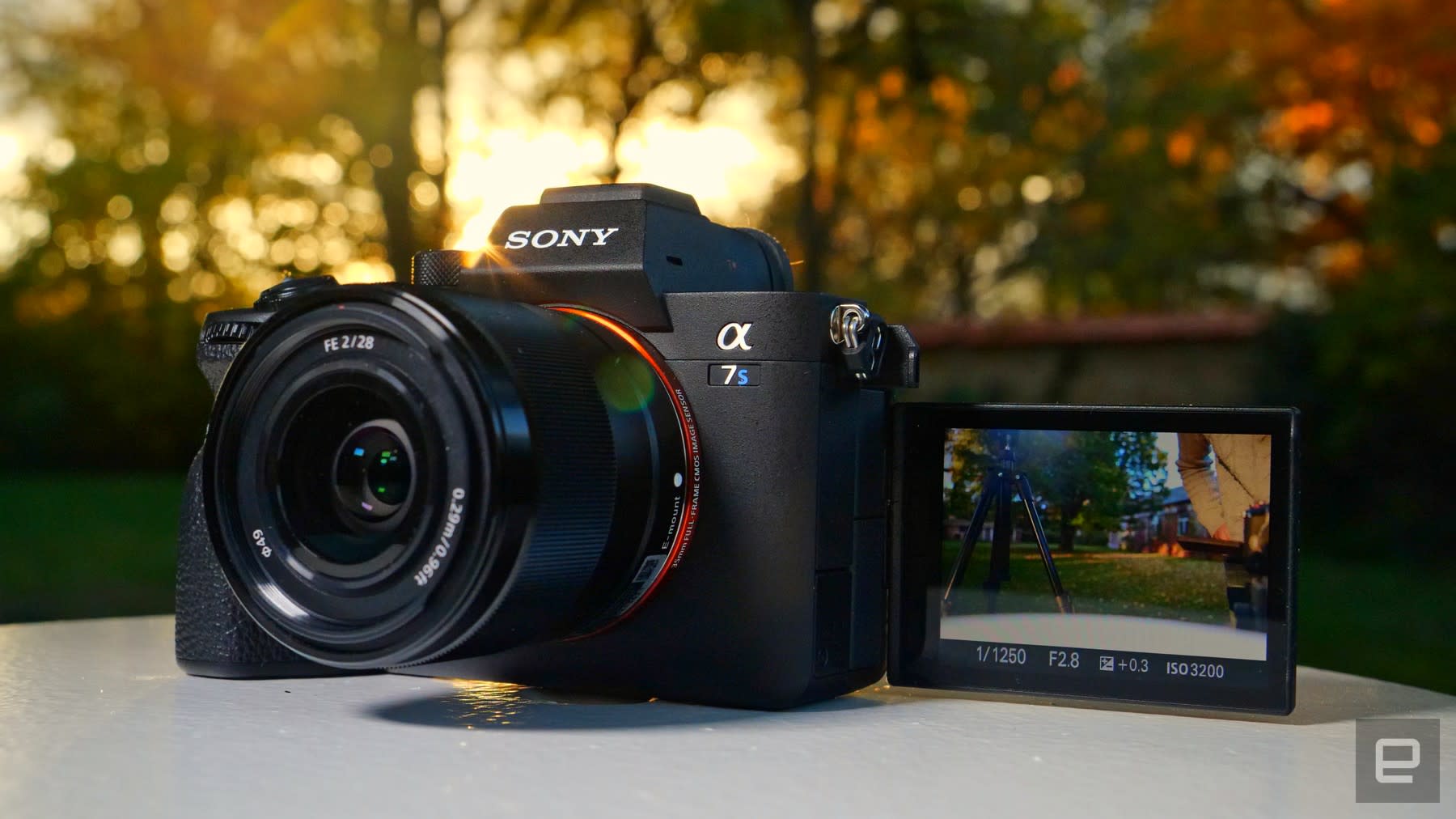 Incredible low-light performance and every feature you need.

Sony’s A7S series cameras are famous for their low-light performance and video capabilities, but it’s been five long years since we’ve seen a new model. The mirrorless landscape has changed drastically in that time, with numerous video-capable cameras launching from rivals and Sony itself.

Now, the 12-megapixel, $3,500 A7S III is here and appears to be worth the wait. It’s the first mirrorless camera that can keep up to Sony’s pro video cameras in terms of 4K video specs, while also gaining important features like a flip-out display. And it still includes the incredible high-ISO performance that the A7S lineup is known for.

However, Canon’s recent models looked impressive at first only to  have some annoying issues, especially around the area of overheating, when I got to test them in person. To see if the A7S III could avoid those snags, I took it to Paris and around the Loire valley before the France lockdown took effect -- here’s what I found out.

The A7S III is nearly identical to the A7R IV, which is a good thing because the A7R IV is Sony’s best handling camera yet. At 699 grams, it’s surprisingly light considering all the tech packed inside. It also feels natural to hold and use, thanks to the nicely contoured grip and assortment of logically placed manual controls.

Those include shooting control dials for shutter and aperture, a joystick, control wheel, mode dial, exposure compensation dial and multiple buttons. I wish the mode dial had a push-to-lock button, so you don’t have to awkwardly hold the button while turning the dial and I also slightly prefer the layout on Panasonic’s S5, as it has dedicated dials and a button for shooting and AF modes. Still, the handling on this camera is among the best.

Sony has finally, finally fixed its awful menu system and now uses cascading folders like Panasonic’s latest cameras. Those make it much easier to find settings and remember where you are, though a few things like the log functions are still a bit hard to find.

Better still, the main and quick menus can be fully operated using the 3-inch touchscreen. With all of Sony’s previous cameras, the touch display was only useful for setting touch focus. Now, you can adjust things without any buttons, which is particularly useful when you’re filming with the display toward yourself.

It also fully articulates, which is really a must these days for a video-centric camera. It’s now feasible to use this camera for vlogging or solo shooting.

Since Sony builds the OLED electronic viewfinders used in most cameras, it’s not shocking that the A7S III is the first to get its new 9.44-million dot EVF. It offers a huge 63 percent increase in resolution over the A7R IV, though frankly I didn’t notice much difference in sharpness. (Weirdly, footage seems to be sharper when played back than when shooting.) It’s a bit brighter though, which is always welcome.

Another first for Sony is the dual, dual card slots. They not only support two UHS II SD cards, but also Sony’s new fast but tiny CFexpress type A cards. For most types of shooting you can stick to cheaper SD, but you’ll need CFexpress in certain situations -- more on that shortly.

The battery is the same as the one in the A7R IV, and I could shoot video for around three hours on a charge. Plus, it can handle up to 600 photos, according to CIPA’s standards. In other words, you don’t have to worry much about the battery dying mid-shoot.

Finally, it has all the ports you need on a video-centric camera, including USB-C for both charging and data transfers, along with microphone and headphone ports. If you need more than two channels of audio, you can use Sony’s hot shoe-mounted XLR-K3M audio adapter. Topping off the good news, it has a full-sized HDMI port that’s far less likely to cause problems if you use an external recorder -- and the camera even comes with a cable protector.

That brings us to this camera’s forte, video. Almost everything that I ever complained about past Sony mirrorless cameras has been addressed. You can shoot 4K at up to 120 fps, more than any other hybrid mirrorless camera except Canon’s EOS R5, giving you some crazy creative options. If you shoot 1080p, the A7S III delivers the best HD quality of any Sony mirrorless camera, because it can supersample the entire sensor. It also supports 240 fps for super slow-mo effects.

If you want to give your computer a break, you can use the new “S&Q” (slow and quick) motion mode to capture at 60 fps or 120 fps with playback limited to 24 fps with no audio. The advantage of that is that you get the same smooth slo-mo, but the footage is a lot easier to edit afterwards. Just be aware that data rates can hit 1200 Mbps when you’re recording 4K 120 fps using the S&Q settings, so you’ll need CFexpress cards for that.

You can even capture 4K 60 fps RAW footage to an Atomos Ninja 7 recorder, though the exposure is baked into the image, giving you fewer options in post and negating some of the advantages of RAW video. That might change with a future firmware update, however. 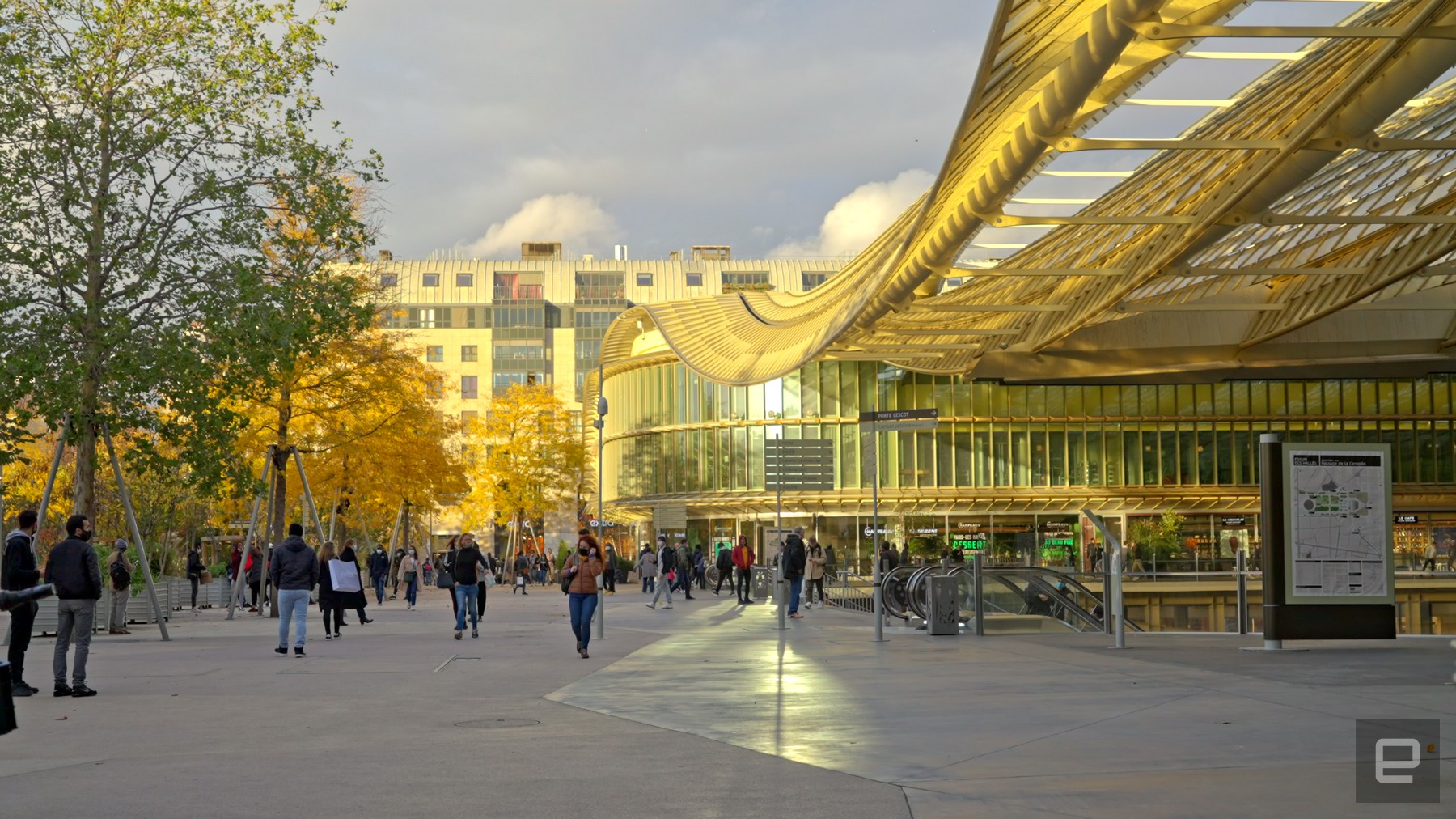 What about editing these files? Sony has a new choice here with its All-I (XAVC S-I) compression for 4K or HD at up to 60 fps, with every frame being recorded separately. The 4K files are large and require a CFexpress card at 60 fps, because data rates average 600 Mbps and can hit up to 1200 Mbps. However, I was able to edit them directly with no transcoding in Davinci Resolve on an NVIDIA RTX 2070 laptop.

If you’d prefer smaller file sizes with no loss of quality, you can shoot XAVC S 4K or XAVC HS 4K files, but your computer will grind if you try to edit them. As such, you’ll likely need to convert them to ProRes or another more editable format.

The A7S III doesn’t capture 8K or even 6K like Canon’s EOS R5 or the BMPCC 6K, but those resolutions are still largely gimmicky. And while it can’t supersample 4K like the A7 III (because it has half the sensor resolution), its 4K video is still extremely sharp. That’s a nice bonus considering the extra low-light capability and reduced rolling shutter effect.

Canon’s colors might be a bit warmer and more human, but Sony’s hues are arguably more accurate. That makes it easier to adjust your images in post, especially with the very high dynamic range.

The in-body stabilization is highly effective for video, especially with electronic stabilization, which adds a small crop. As usual, it can’t replace a gimbal, but it’s effective for static shooting or smooth panning. And as I mentioned earlier, Sony has sped up the sensor readout speeds, so rolling shutter or jello is now very well controlled -- a big change over past Sony mirrorless cameras.

Video autofocus now beats Canon’s vaunted Dual Pixel AF technology, thanks to the sheer speed and AI smarts in Sony’s newest camera. It accurately tracks subjects and the face and eye detection is uncanny, though not completely infallible. Sony also gives you full control over the AF speed and smoothness when changing focus between subjects.

I think the A7S III is also the best vlogging camera on the market, period, thanks to the flip-out screen, mic input, stabilization, high-quality video and eye autofocus. It’s also small and light enough to carry around for long stretches.

Its superpower, though, is low-light shooting. Much like nightsight mode on smartphones, this is stupidly useful in so many situations. I found I could get usable shots with manageable noise at up to ISO 51,200 if I exposed correctly or allowed for some underexposure. Beyond that, the image is too noisy, so it would only be good for emergency use.

Those low-light powers are very useful for film school students or even pro filmmakers, letting them shoot indoors and in other circumstances using practical or natural light. That creates a cinéma verité look that’s hard to replicate with other cameras.

For photos, don’t be quick to poo-poo the 12.1-megapixel sensor. It limits how much you can blow up shots, but the A7S III’s prodigious low-light and fast autofocus powers make it better for other things. For what I shoot, largely product and street photos, the speed and low-light capabilities outweigh the lack of resolution.

With just 12 megapixels to process, the autofocus for photos is fast and responsive. It stays locked on, no matter how fast your subject moves, giving you sharp shots for sports, wildlife or lively parties. It works equally well in dim and bright light, putting every other camera to shame in that regard.

Sony’s subject tracking, along with the face and eye-tracking, already leads the industry -- and the A7S III takes it up another notch. It follows your subjects, whether they be human or animal, with otherworldly speed and accuracy. That translates to sharp portraits or candid shots nearly every time.

The A7S III can shoot at up to 10 frames per second with continuous autofocus, or 20 fps with the silent electronic shutter. What that spec doesn’t say is how great the mechanical shutter feels and sounds.

Another feature that makes blurry shots less likely is the in-body stabilization. Sony claims 5.5 stops of shake reduction, which is less than rivals like the Canon R6 and Panasonic S5. Given the much higher ISO range and lower noise levels, though, it’s more than sufficient.

As with video, low-light photography is unmatched, letting you capture shots with very manageable noise at borderline ridiculous ISO levels. Shooting at ISO 16,000 or 25,600 in a dim lit train station, I could pull detail out of shadows with minimal noise.

JPEGs are natural with just the right amount of sharpening, while RAW photos let you dial down blown-out highlights or crank up shadows. Sure, it would be nice to have higher resolution photos, but the A7S III is more versatile and, dare I say it, more fun to use. For most videographers who occasionally shoot photos, I think this camera will do nicely.

I can’t find many faults with this camera. Sony has addressed nearly every complaint I’ve ever had about previous A7-series cameras, but it didn’t just stop there. It also improved autofocus and other features that I already liked, keeping the A7S III far ahead of rivals.

Its limitations are down to the high $3,500 price tag and low-resolution sensor, which rules out the A7S III for landscape and other types of high-detail photography. If you need that, get Sony’s similarly priced A7R IV with a category-leading 61 megapixels.

If budget is an issue and you need an all around hybrid camera, check out the Canon R6, Panasonic S5 or Sony’s own A7 III, all between $2,000 and $2,500. However, if you’re into video or low-light photography and have the budget, I’d highly recommend the A7S III. Feature for feature, it's simply the best camera I’ve ever tested.

All products recommended by Engadget are selected by our editorial team, independent of our parent company. Some of our stories include affiliate links. If you buy something through one of these links, we may earn an affiliate commission. All prices are correct at the time of publishing.
View All Comments
Sony A7S III review: The best mirrorless camera for video, and almost everything else