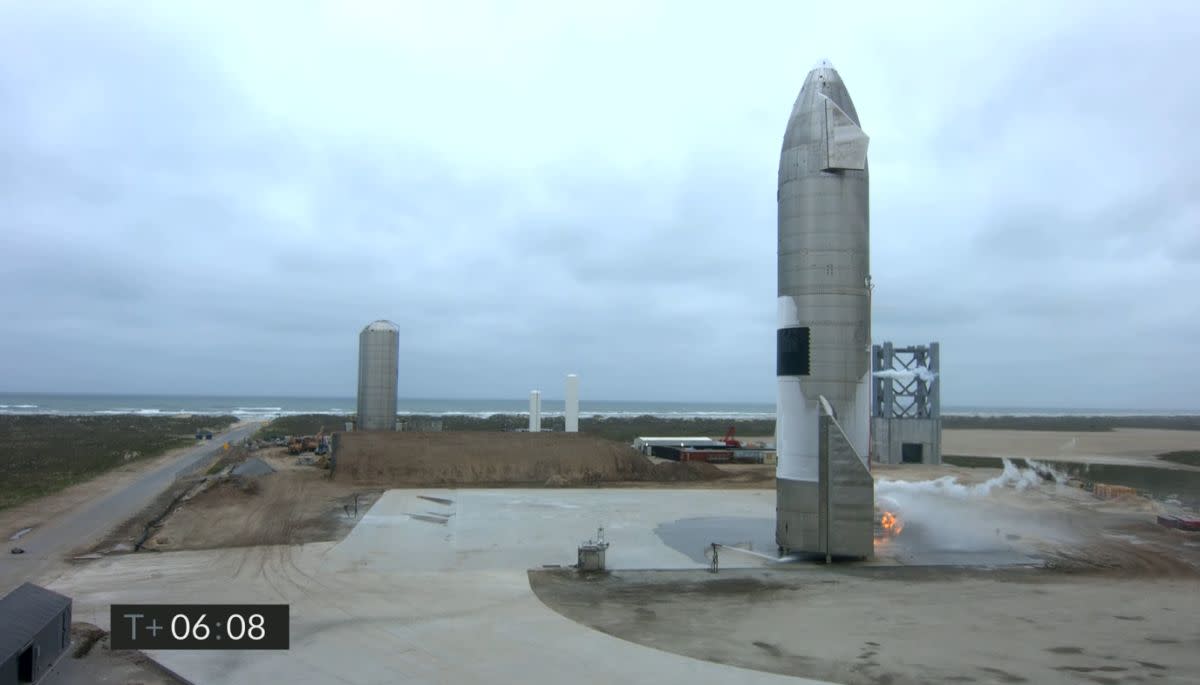 No explosions so far.

It appears that SpaceX has managed its first successful launch and landing sequence of a Starship prototype, as SN15 took off Wednesday afternoon and returned to the pad in Boca Chica, TX. It landed in one piece and as the official live stream ended there's still a small methane fire at the base, but so far has remained intact.

Elon Musk tweeted "Starship landing nominal" as he prepares for his appearance on Saturday Night Live, and a stream from observers in the area shows that SN15 continues to stand on the pad.

The SN11 vehicle didn't make it back to the ground, while SN10 landed briefly before exploding after landing too hard and crushing its legs. With one successful high-altitude test under its belt, SpaceX has moved much closer to its vision of reusable Starships that fly to the ISS, the Moon, around the Earth and beyond.

It sure looks like @SpaceX managed to successfully land #SN15 without it exploding, though it is a little bit on fire. pic.twitter.com/TwnrqaVJTv