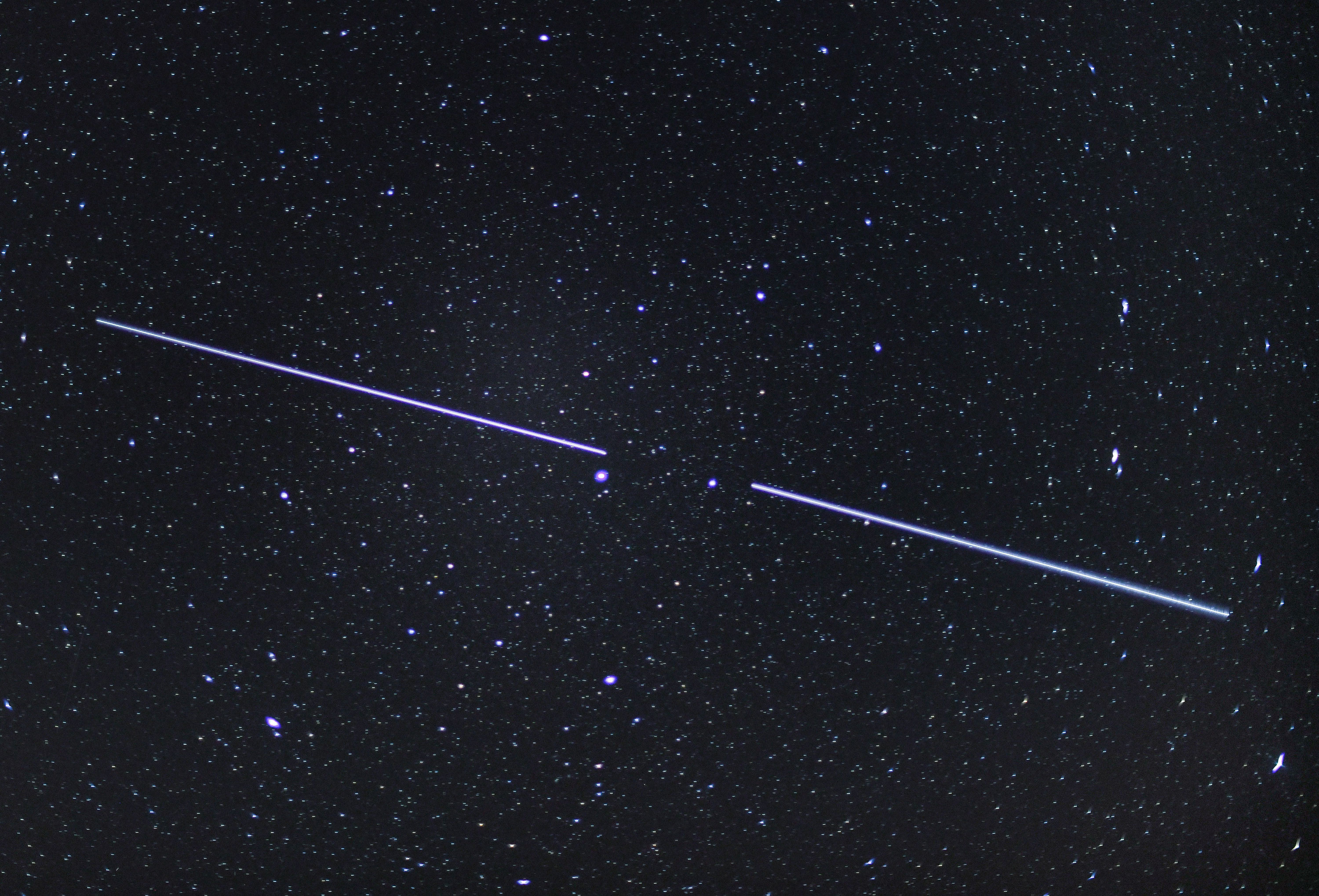 On April 22nd, SpaceX launched its eighth payload of Starlink satellites into low Earth orbit. Shortly thereafter, the satellites could be seen from the ground, appearing to be dots of light traversing the night sky. According to Elon Musk, the company is working on reducing the glare that these cubesats create. The founder and CEO says that “sunshades” -- which are made of a dark foam that barely affects radio transmissions -- could help the satellites keep a low profile. This is good news for astronomers, who fear that Starlink’s growing constellation could disrupt their view of space. The company was approved to launch 12,000 satellites, and has applied to launch 30,000 more. (422 are currently orbiting Earth right now.) Space.com helps put those numbers into perspective by pointing out that all of humanity has launched just 9,400 objects into space thus far.

SpaceX has been consistently launching new payloads since late last year, and another launch is penciled in for next month. The company plans to equip the satellites in the following launch with the sunshades, and hopes to be able to provide internet service via Starlink by the middle of the year.

In this article: spacex, elon musk, astronomy, spacex starlink, space, satellites, starlink, news, tomorrow
All products recommended by Engadget are selected by our editorial team, independent of our parent company. Some of our stories include affiliate links. If you buy something through one of these links, we may earn an affiliate commission.