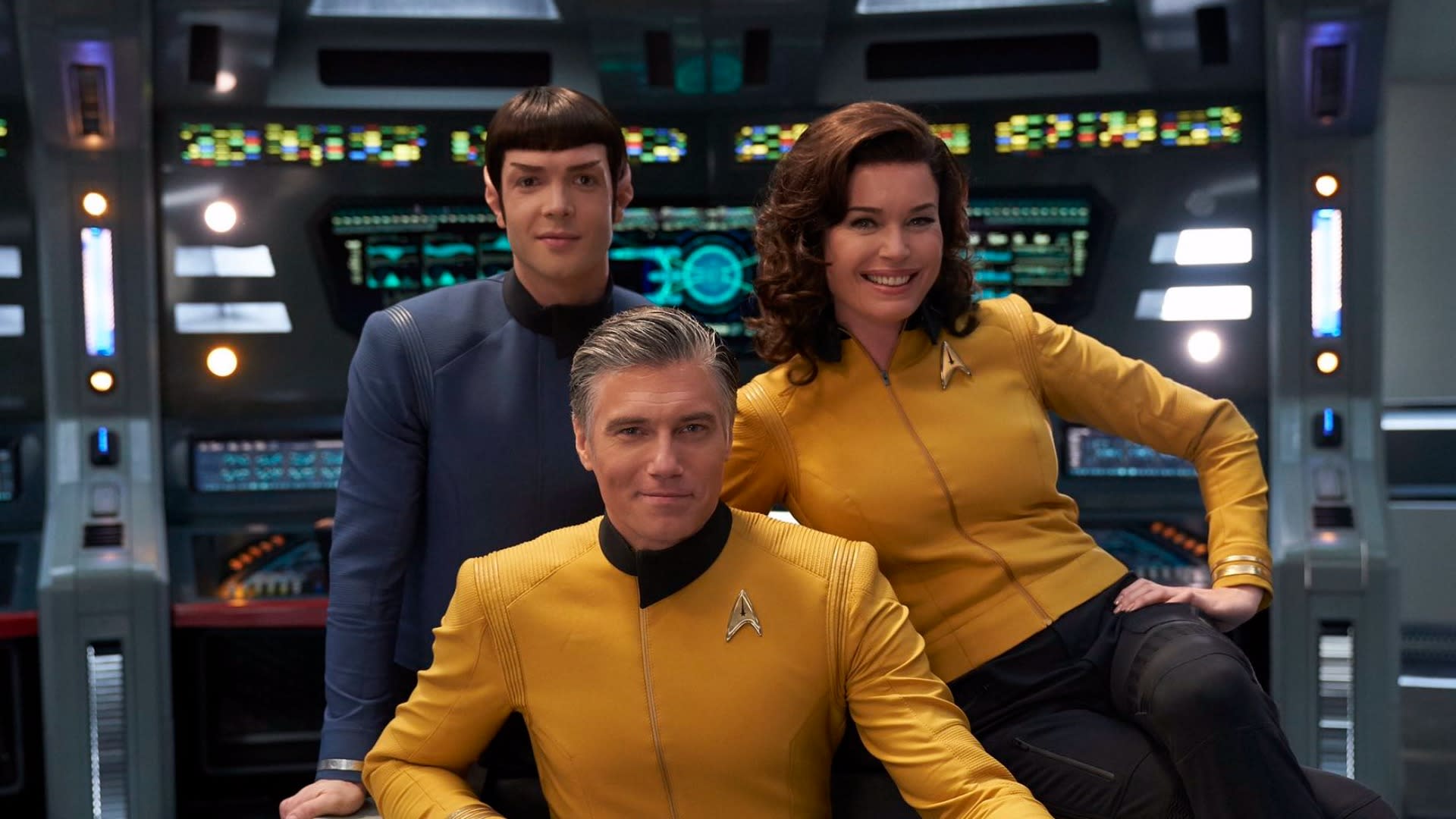 Meet Uhura and Nurse Chapel earlier in their careers.

Star Trek: Strange New Worlds is both a prequel and a spinoff, depicting the adventures of the original USS Enterprise before James Kirk assumed command. It features the return of Anson Mount as Captain Pike, Rebecca Romijn as Number One and Ethan Peck as Spock, all reprising their roles from Discovery. The cast will be filled out by new actors playing other characters from the original series, with Celia Rose Gooding as Lieutenant Nyota Uhura, Jess Bush as Nurse Christine Chapel and Babs Olusanmokun as Doctor M'Benga.

Unlike Discovery, however, Strange New Worlds is intended to be more episodic, with standalone installments similar to TOS and TNG. New characters also joining the cast include Christina Chong as La’an Noonien-Singh, Melissa Navia as Lieutenant Erica Ortegas and Bruce Horak as Hemmer. No premiere date has been given yet, but it's likely to debut after Prodigy, Discovery and Picard finish their upcoming seasons.

You can watch the Star Trek Day panels on YouTube, while you'll need a subscription to Paramount+ to watch Strange New Worlds when it premieres next year.

All products recommended by Engadget are selected by our editorial team, independent of our parent company. Some of our stories include affiliate links. If you buy something through one of these links, we may earn an affiliate commission. All prices are correct at the time of publishing.
View All Comments
'Strange New Worlds' shows off more of its cast on Star Trek Day