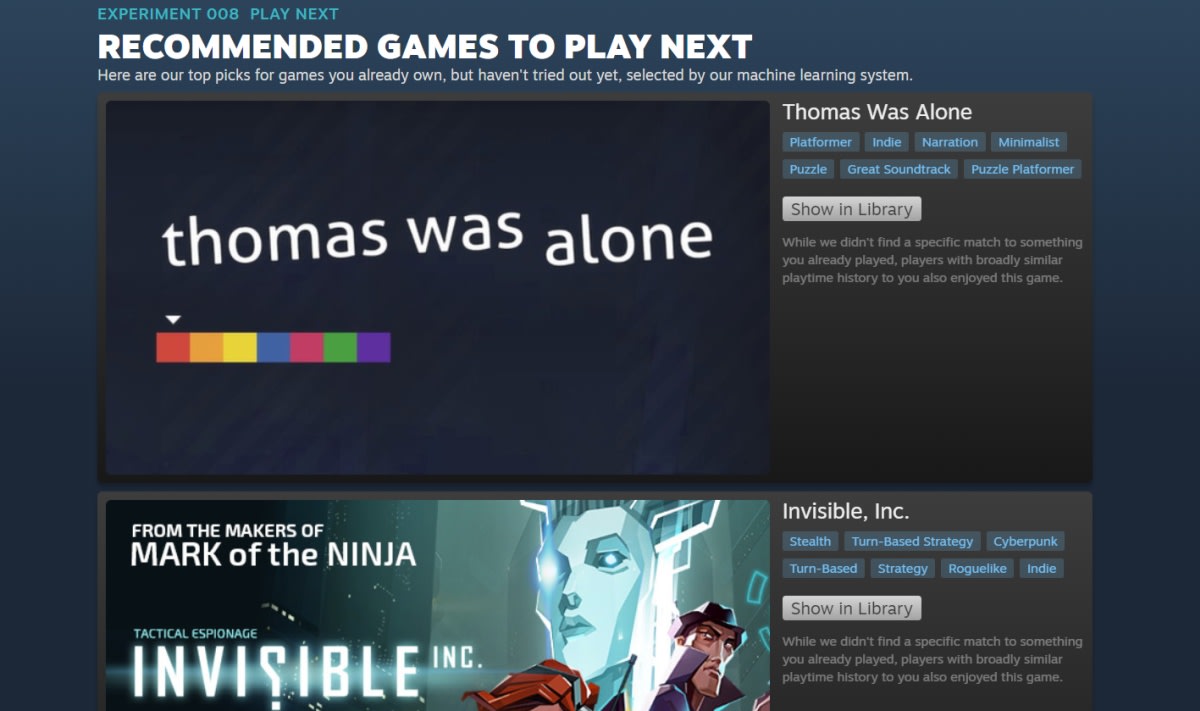 Valve launched Steam Labs late last year as a way to test out new features for its PC games store. While it already brought the machine learning-based Interactive Recommender from Labs to the regular Library, the latest client update adds a wrinkle with Play Next. Instead of suggesting new games for you to buy, it has suggestions from the unplayed games that you already own.

Microsoft launched a similar feature for Xbox with a “surprise me” button that would select one of your games on its own, but this may be a noteworthy upgrade over that. After years of bundle packs and random sales, there are probably a few unplayed gems (I really should try some of Mike Bithell’s games) kicking around in everyone’s library. The trick is finding them before boredom kicks in, and that’s where this feature will shine.

In this article: Steam Labs, PC gaming, recommendation, algorithm, Steam, Valve, Play Next, machine learning, news, gaming
All products recommended by Engadget are selected by our editorial team, independent of our parent company. Some of our stories include affiliate links. If you buy something through one of these links, we may earn an affiliate commission.