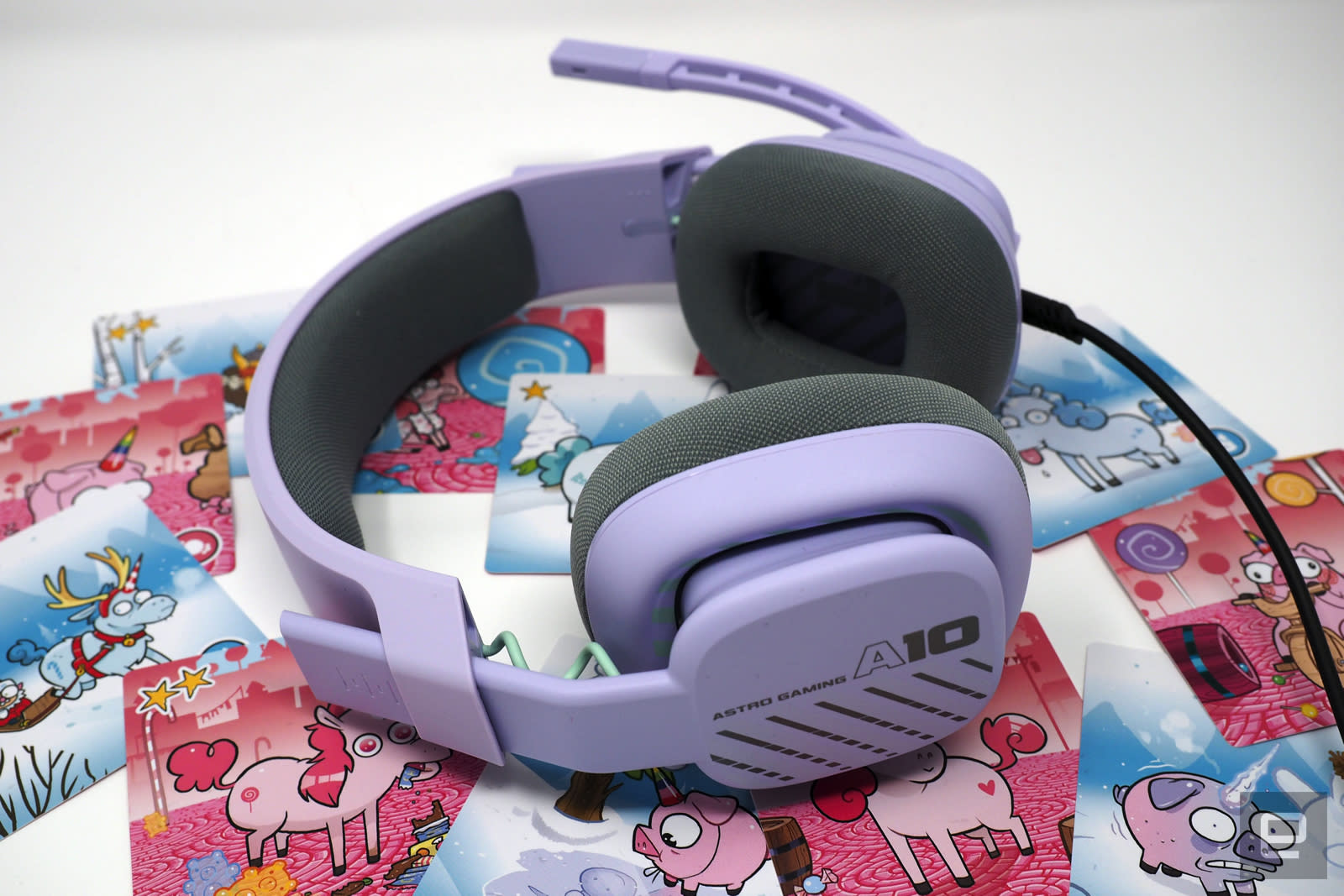 In today’s world of Twitch and Zoom a good headset is becoming a must-have item for their comfort and audio quality. But there are two major stopping blocks toward them being an everyday item: their high cost and unfriendly designs. No one wants to look like an air traffic controller or call center employee, but at the other end it’s all severe black and neon green, more suited to Fortnite or Roblox than a meeting about your latest call about KPIs and OKRs. But Astro, one of the leading names in gaming headsets, might just have the solution with its new A10 headset.

The Logitech-owned company has an array of headsets with an “A” prefix followed by a number; the higher the number, the more advanced and expensive the headset. The current top of the line is the A50, a wireless set that comes with a base station for charging. It looks like a piece of equipment from a science fiction movie, and it costs $300.

The new A10 sits at the opposite end of the lineup, a $60 wired headset that pretty much eschews all frills. There’s a flexible flip-to-mute mic and in-line volume control and that’s about it. The ear pads and headband are well-padded in a smooth cloth that is only lightly textured so it doesn’t catch on my hair when I slide it on and off. The mic has a rubbery feel to it, both to the touch but also in the way you can band it back and forth.

And it’s not just the mic you can bend back and forth; the band of the A10 can be twisted into a near spiral without showing any cracking or tearing. It’s designed to be dropped and thrown, which is good because I have knocked it off my desk several times today while working. (I have a messy workspace, okay?)

Key to the new A10’s appeal is the color options; it comes in black, white, gray, mint and lilac. For my review unit I chose the latter color partly because of its novelty — most headsets come in grayscale tones — and because I already have Logitech’s G733 in lilac and wanted to do a direct comparison. The G733 is a more expensive ($150) wireless headset with lights on the front so it’s not really a competition in terms of features, but I was curious about the looks.

Though both Logitech G and Astro are sibling brands, the lilac shades of their headsets are distinctly different. The G733 is a bluish purple while the A10 is more on the pinkish side. I’m not sure which I actually prefer. The ear pads on the G733 are slightly better but when it comes to the headbands on the two sets the A10 is the clear winner, since the G733 uses a stretchy band which pulls at my hair and gives me a bit of a bird’s nest when I take it off.

My biggest use case for headsets isn’t work calls but rather Dungeons & Dragons games with my friends over Twitch. In our last session I started off with the A10 since all I needed to do was plug it in; the headset comes with a detachable 3.5mm cable that is black and only black no matter which color headset you buy. It’s ugly. At first I actually plugged it in the wrong way; though both ends are the same width, they are slightly different lengths, the better for one end to fit in the jack on the headset itself. Once I got it sorted out the audio was serviceable, though there was some hollowness on the call that might have been shitty mic quality on my friends’ sides. However, I switched to the G733 midway through our evening and noticed some improvement.

Logitech G’s been making more fashion-forward headsets for a while; the closest analogue the company has to its sister brand’s A10 is the $70 G335. The G335 is largely identical to the G733 in terms of fit and feel; it just lacks the wireless capabilities and RGB lighting. It also doesn’t come in lilac, so if you’re looking for a cute, high-quality headset for under $100 in purple the A10 is your only option right now. Luckily it’s a good one.