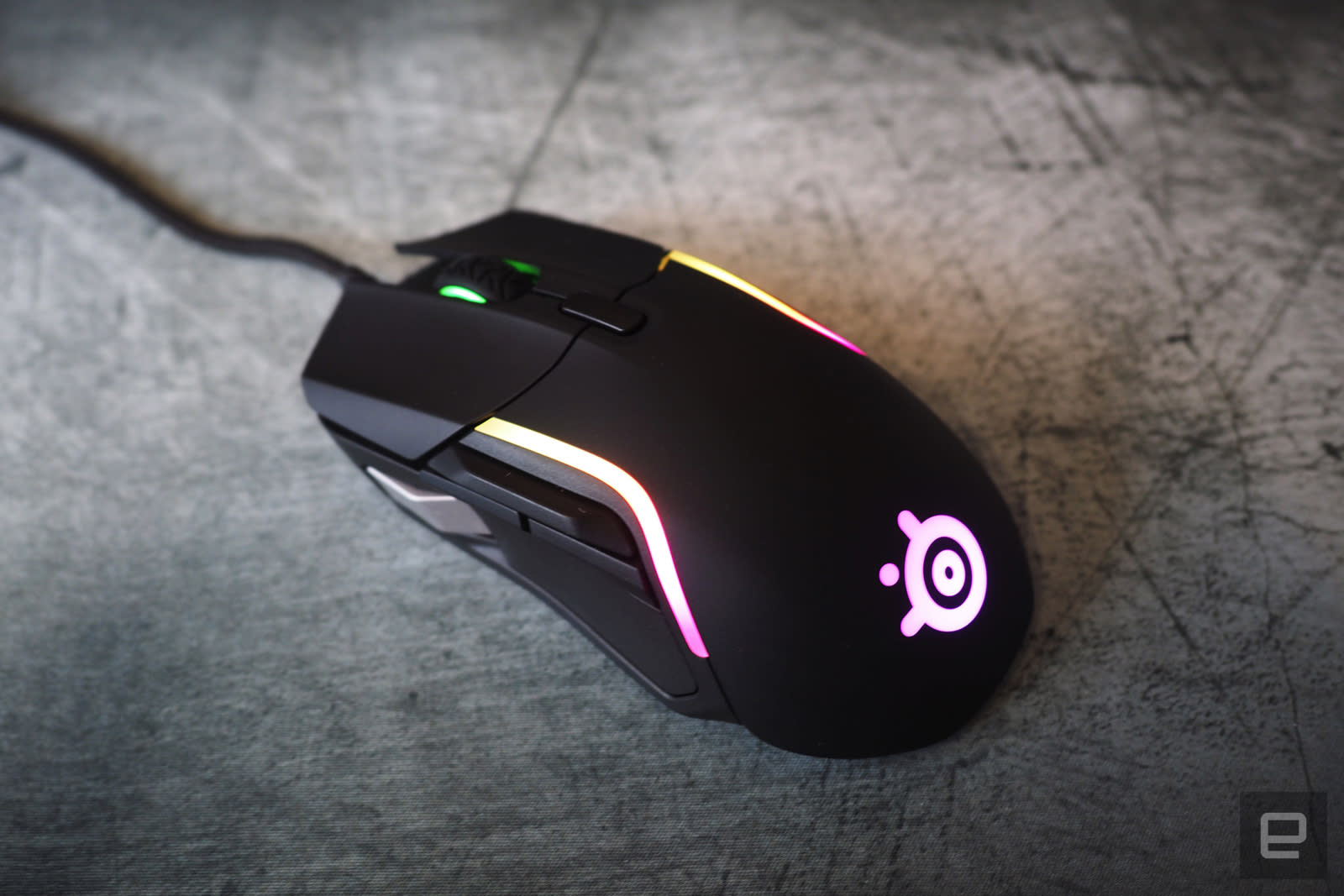 It can handle real time shooters, role-playing games and battle royales with aplomb.

With so many of us stuck at home the past year, the line between work and play has become increasingly blurred, with our Overwatch, Genshin Impact and Among Us sessions often occupying the same space as our Zoom meetings. With players dabbling in so many different genres, a specialized gaming mouse isn’t always going to cut it, especially when you might need to switch to PowerPoint in a pinch. To that effect SteelSeries is introducing a new multi-genre gaming mouse, the $60 Rival 5.

The name would indicate that this new gaming mouse is a step up from the $30 Rival 3, but it’s really more of a leap, with the Rival 5 having a lot more in common with SteelSeries’ more advanced $80 Rival 600 mouse. For one, there’s LED lighting, which can be customized using the SteelSeries Engine or GG software. The right-handed Rival 5 has nine buttons, five of those on the left panel where your thumb would rest. That includes the usual back and forward controls that you’ll find on most mice, a small bar just above those two that can be toggled back and forth (the company is counting this as two buttons) and an angled silver button in the front.

SteelSeries continues its recent trend of building super light mice, with the Rival 5 weighing only 85 grams. How does that feel in practice? Prior to testing this new peripheral I was using the Aerox 3 Wireless — you know, the one with holes in it — and I barely noticed a change. When I compare both in my hands the difference feels negligible. If you find such a lightweight mouse too skittish you can always adjust the sensitivity on the fly, up to 18,000 cpi. The Rival 5 also includes tilt tracking, so if you slam it against in your desk in a fit of rage, your cursor will generally stay put until you’ve calmed down.

In game it’s a solid-feeling mouse, with a plastic matte finish that should be easy to clean. It’s nice to see that the company seems to have moved away from rubber thumb grips, as the ones on previous models always got a bit grubby with a lot of use. The thumb toggle is fun to fidget with, even when you’re not gaming. The angled silver button looks nice, but it’s a bit of a stretch for my smallish hands, so I don’t think I’ll be using it very much. However, if you have a big thumb, you’ll find it a natural fit.

To customize the lighting or button configuration you’ll need to download the software — SteelSeries Engine still works for both Windows and Mac, but there’s also the company’s newer (and still) Windows-exclusive GG, which includes Engine and Moments, a tool for sharing and communicating with friends.

While MMO players might want to stick with something with even more buttons, everyone else should find the arrangement on the Rival 5 satisfactory to their needs. If only it was a tad smaller so I could hit that silver wedge at the front easier.