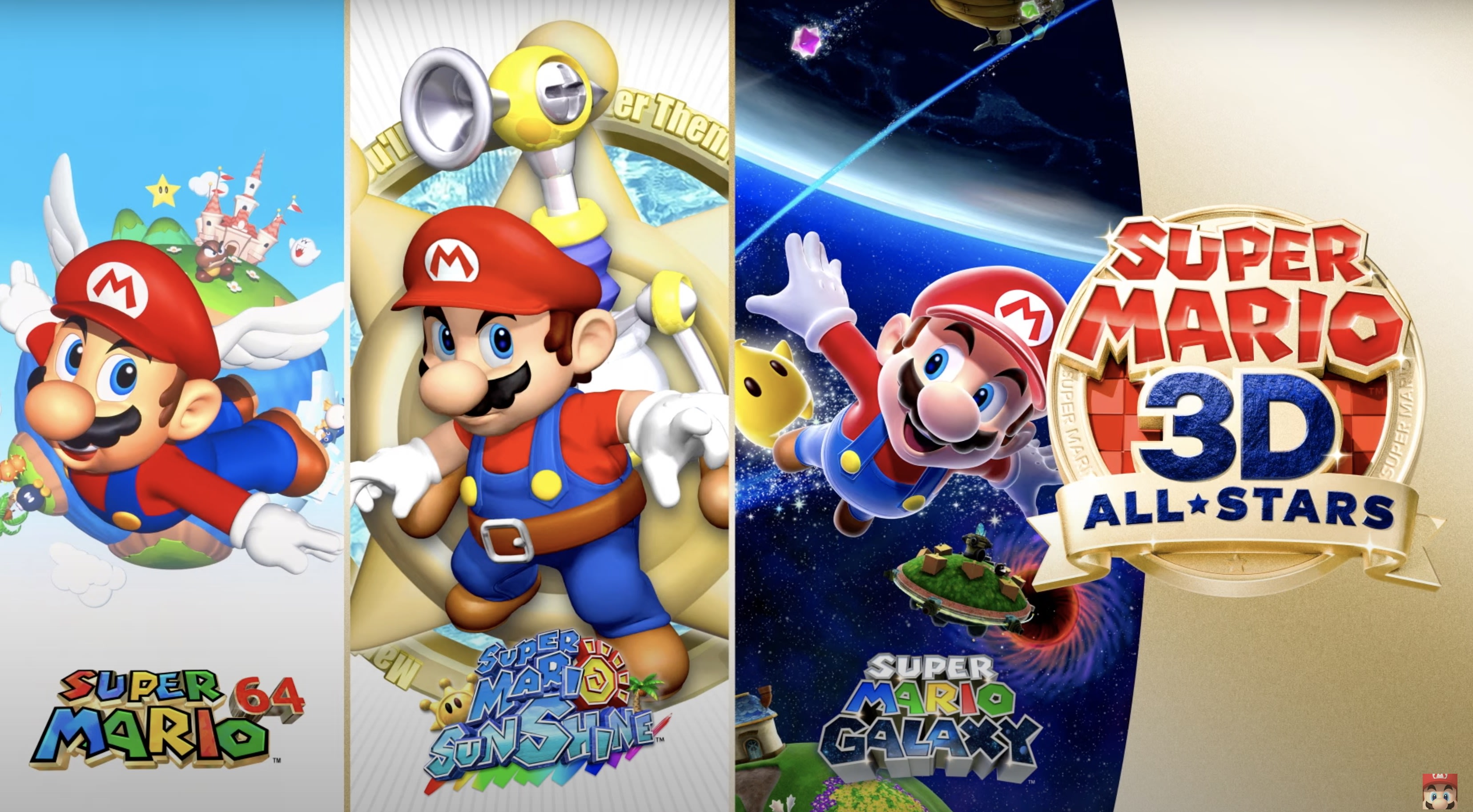 Over the span of 35 years, Nintendo’s mainline Mario games have split into two distinct categories: 2D and 3D. The historical 3D games are getting some love today, as Nintendo just announced Super Mario 3D All-Stars, a Switch collection of three of Mario’s most notable adventures. The package includes Super Mario 64 (the first 3D Mario game, originally released for the Nintendo 64), Super Mario Sunshine (for the Game Cube) and Super Mario Galaxy (for the Wii).

Nintendo says all these games have higher resolutions than the originals, but we don’t know yet exactly what the upgrade process was — none of these games were released in HD. Judging from the trailer, though, these don’t look like complete remakes. Naturally, Nintendo has also tweaked the controls to optimize them for the Switch, as well.

Strangely, Nintendo is only releasing this as a limited-time package. Super Mario 3D All-Stars arrives on September 18th for $59.99, but it’ll only be available until “approximately” March 31st, 2021. Presumably, this game will be released in both physical and digital editions, but it seems they don’t intend on keeping the digital version available indefinitely. Given Nintendo’s history of releasing and re-releasing its games ad nauseam, it seems the company is reserving the right to make more money on these games in a different format down the line. Regardless, Super Mario Sunshine in particular is a nice rarity to have readily available, as it hasn’t been re-released since the original Game Cube version. On the other hand, it’s sad not to see Super Mario Galaxy 2 here.

This is just one of a multitude of announcements Nintendo made this morning for Mario’s 35th anniversary. The company is also releasing a battle royale-style online game and the Wii U’s Super Mario 3D World, and the original side-scrolling Super Mario All-Stars collection is available today for the Switch’s Super NES online service.

In this article: mario, super mario 3d all-stars, super mario 64, super mario sunshine, nintendo, super mario galaxy, news, gaming
All products recommended by Engadget are selected by our editorial team, independent of our parent company. Some of our stories include affiliate links. If you buy something through one of these links, we may earn an affiliate commission.