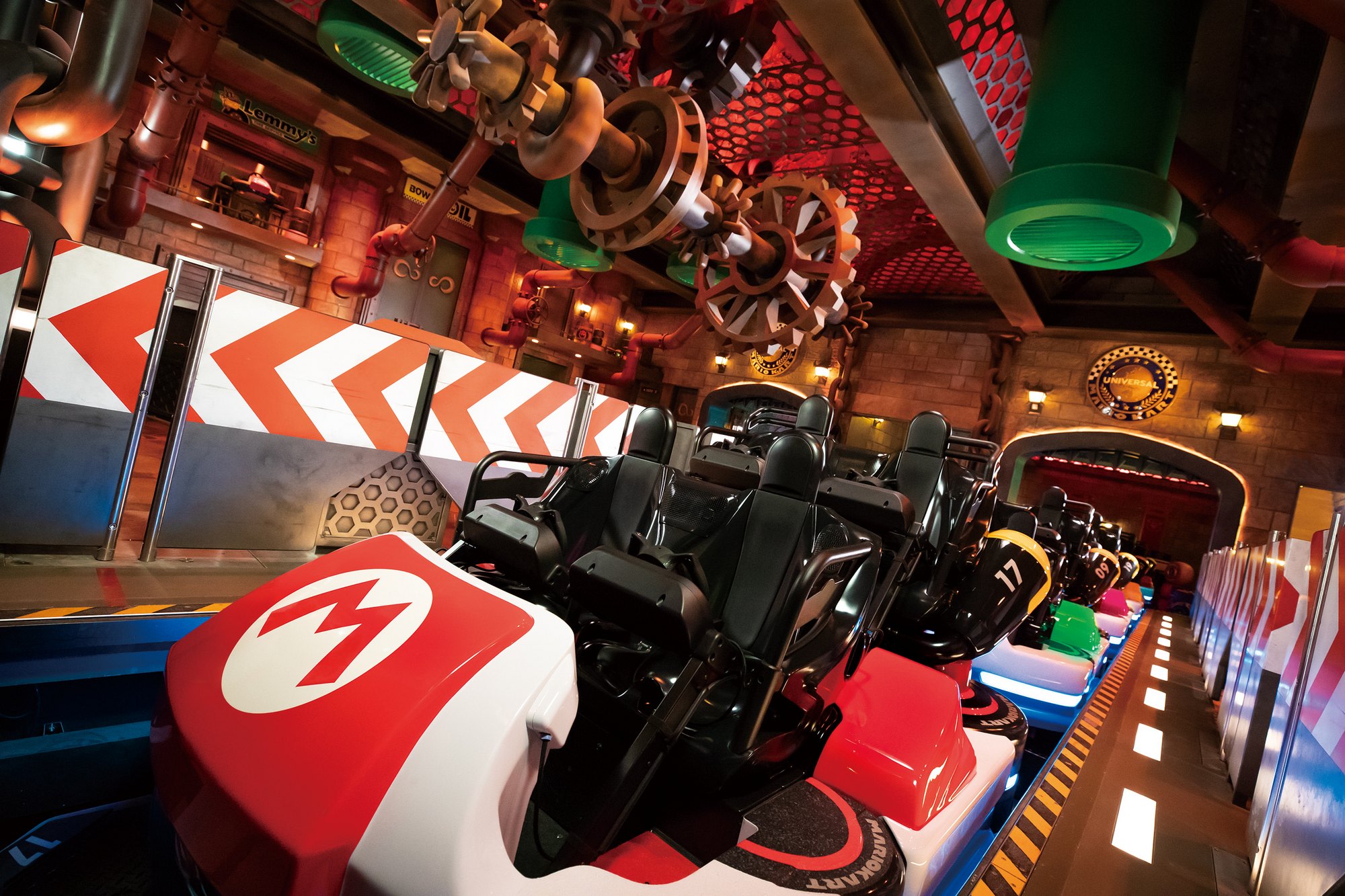 Super Nintendo World, the much anticipated “life-size, living video game” theme park will open on February 4th in Osaka, Universal Studios Japan has announced. The opening date is a welcome surprise, as Universal and Nintendo last said that the park would open in the spring of 2021.

To get folks revved up, Universal Studios Japan (USJ) has provided a preview of a key park attraction, the Mario Kart rollercoaster. Set inside Bowser’s castle, it uses AR and projection-mapping tech, with each rider donning a Mario cap-shaped AR headset. Though the ride itself is on rails, each car has a steering wheel and the AR tech will allow visitors to “compete” against each other. To gain an edge, visitors can collect virtual coins via a wristband while roaming the park with a Switch console.

“During the race, guests can throw the swords they get from the item box to repel the enemy and will compete for first place with Mario and Princess Peach to advance in the course,” the translated PR reads. The experience changes for each ride and it sounds like there’s a strong element of chance when it comes to winning or losing. 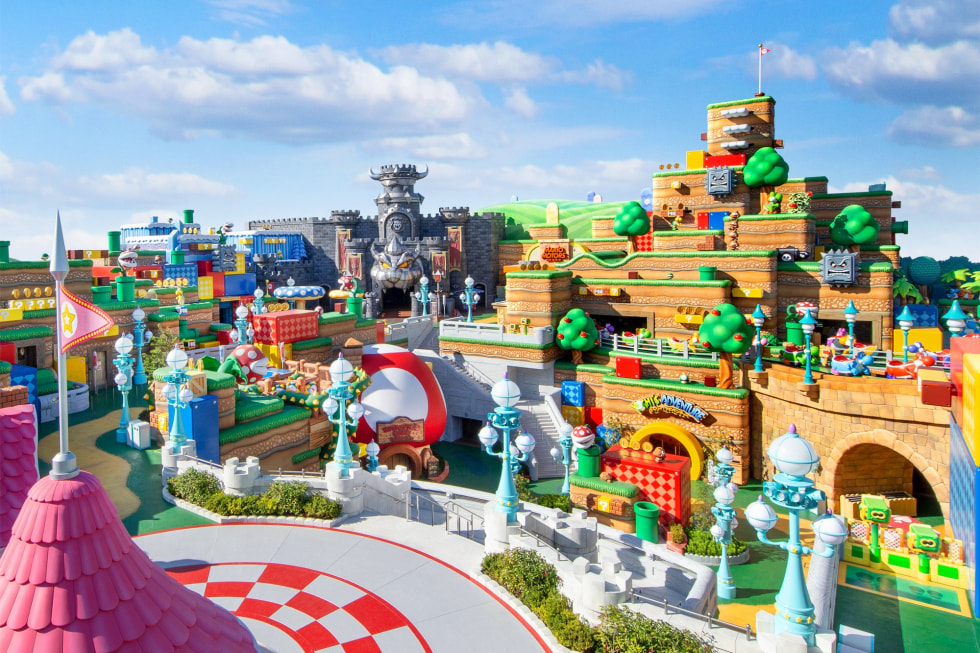 Bloomberg noted that the Super Nintendo World park section seemed a bit small, which is not ideal if it hosts a lot of visitors in the middle of a pandemic. However, it will eventually expand via a Donkey Kong area that’s already under construction. USJ also promised “hygiene enhancement measures,” being created in partnership with health officials, and plans to operate at half capacity. All that said, things could also change depending on what happens with the pandemic, as Osaka has become a COVID-19 hotspot over the last several weeks.

In this article: Super Nintendo Land, Universal Studios Japan, theme park, AR Mario Kart, rollercoaster, news, entertainment
All products recommended by Engadget are selected by our editorial team, independent of our parent company. Some of our stories include affiliate links. If you buy something through one of these links, we may earn an affiliate commission.