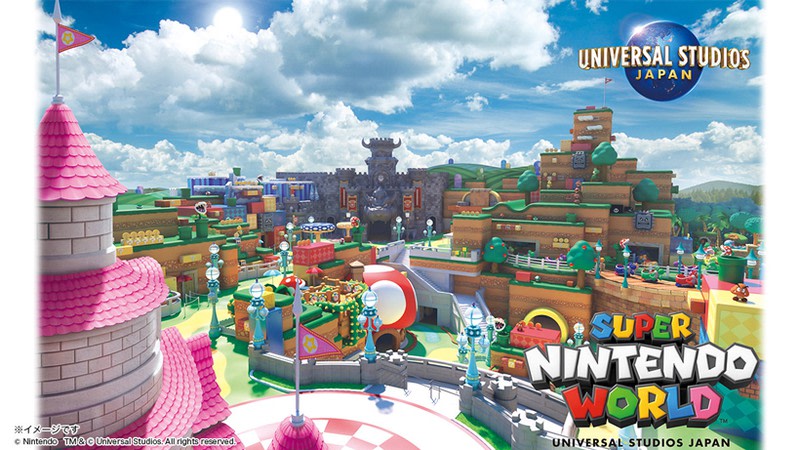 Nintendo’s theme park was already supposed to be open ahead of the Tokyo Summer Olympics, but like the games themselves, that plan was pushed back due to the COVID-19 pandemic. Now, Super Nintendo World is set to open in the spring of 2021, again just before the re-scheduled Olympics, the gaming company has announced (via The Verge).

Super Nintendo World will be a “life-size, living video game,” according to Nintendo, with “state-of-the-art rides, interactive areas, shops and restaurants, all featuring Nintendo's most popular characters and games.” You’ll get a “power up band” park pass that will let you access various experiences and, via a smartphone, battle bosses and collect coins.

To give us a literal taste of all this, Nintendo showed off images of the “Mario Cafe & Store” that will open next week (October 16th) in Universal Studios Japan. The exterior and interior look exactly as you’d expect, and Nintendo showed off some of the branded food and merchandise you’ll be able to buy. That includes some adorable Mario and Luigi hat-shaped pancacke sandwiches, a super mushroom drink, t-shirts, pouches and cushions. For more images, check out Nintendo’s announcement post (Japanese).

In this article: Super Nintendo World, Mario Cafe & Store, Universal Studios Japan, Nintendo, opening, theme park, engadget, news, gear, entertainment
All products recommended by Engadget are selected by our editorial team, independent of our parent company. Some of our stories include affiliate links. If you buy something through one of these links, we may earn an affiliate commission.