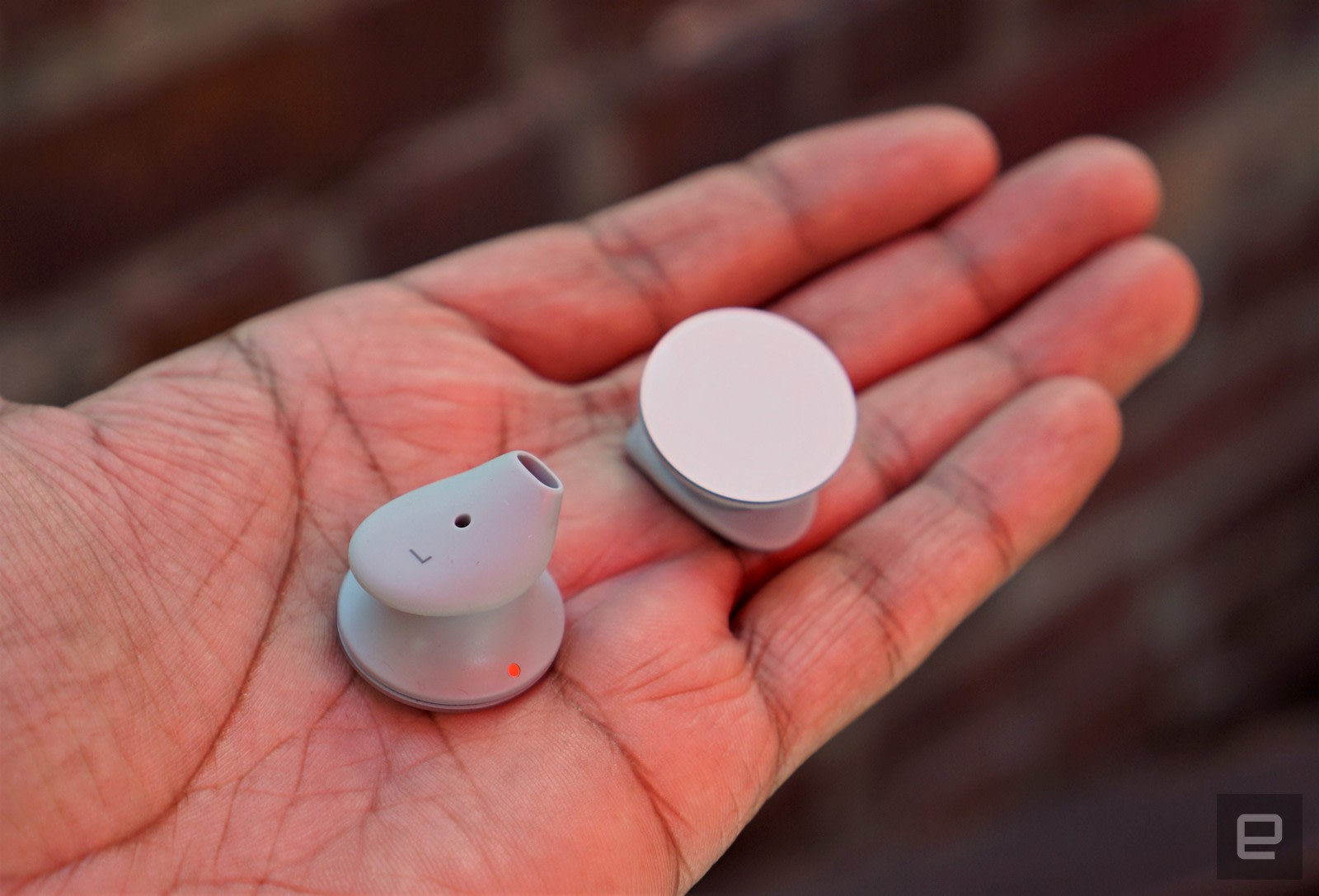 There’s a lot to like about Microsoft’s Surface Earbuds. They’re comfortable, sound great and offer more playback controls than most wireless buds. But one problem reared its head during our review: They use an archaic pairing method, which only connects the right bud directly to your source device. The left bud, meanwhile, shares reception with its sibling, Microsoft confirmed to Engadget.

For most people, this won’t be much of an issue. But if you’re like me and enjoy walking around with a single earbud for passive podcast listening, it means you’ll have to rely on the right Surface Earbud. During my testing, I noticed that the left bud dropped reception often if I got too far away from the right unit. That’s when I got in touch with Microsoft reps, who confirmed the pairing method.

Given everything they get right, I can live with going solo with the right Surface Earbud. But being able to choose between either side is helpful if I forget to charge one bud, or if I end up draining the battery throughout the day. It's also a surprising limitation since most modern wireless earbuds pair both ears directly to their source devices. Sharing reception with just one ear is something we saw with early wireless entries, like Jabra's Elite 65t. In 2020, it seems like an issue Microsoft could have avoided entirely.

In this article: Surface Earbuds, Microsoft, wireless earbuds, news, gear
All products recommended by Engadget are selected by our editorial team, independent of our parent company. Some of our stories include affiliate links. If you buy something through one of these links, we may earn an affiliate commission.